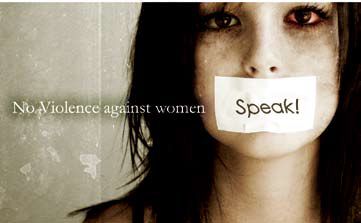 “I resent that every time I pass a woman in the street, she regards me with suspicion, like I want to drag her into an alley. She hates me just because I’m a man.”

My husband said those words to me one day about 20 years ago, when the news was full of stories of females being raped—from young girls to old women. Rape was actually being used as a form of warfare from the Balkans to the Sudan, when the world began to acknowledge that the violation of women had indeed always been a bad side effect of male aggression—from grassroots revolutionary movements to wide-scale military invasions and occupations. We only need to look at the Democratic Republic of Congo to see how brutal rape as weapon of war has become.

I recently read about a report pointing to a dramatic rise in rapes of women and girls in Somalia, where severe drought and famine have killed tens of thousands of people and forced countless more, especially females, into refugee camps notorious for rape and female brutality. I am particularly sensitive to this issue; I spent several years researching and writing a historical novel, Sometimes It Snows in America, based on a Somali woman I came to personally know quite well. She had suffered domestic abuse in her native land, and much more in the United States.

Violence against women is not limited to conflict zones overseas. A brutal rape and beating of a 28-year-old woman in New York City’s Central Park made daily headlines around the time my husband became despondent about the minority of men who are violent some two decades ago; just about the same time a young intern at the Federal Bureau of Prisons, Chandra Levy, went missing in Rock Creek Park.

In 2000, western Massachusetts, the region I live in, saw its share of horrific crimes against women. Molly Bish, 16, from rural Warren, was abducted and murdered while working as a lifeguard at a local swimming hole. In a nearby town, a nine-year-old girl was abducted and murdered while walking to a neighbor’s home to see new puppies. A 12-year-old girl riding her bike in the Berkshires was also kidnapped and killed. And in the city of Springfield, female drug addicts were being assaulted and killed by a serial rapist. Need I go on?

Anger, resentment, and fear spread to Northampton, where I live, a city filled with so many capable women the entrance to the city’s parking garage sports the slogan, “Where the coffee is strong and so are the women.” That year I enrolled my 12-year-old daughter and myself in a self-defense course at the local YMCA.

We women are used to living with fear. We are taught early to be street-smart. To walk close to the curb and traffic, away from alleys, car keys positioned between each finger, poised for attack to a male throat, high heels ready to stomp on the accessible and more fragile metatarsals of the foot, knees prepared to aim at a man’s groin and hit him where it really hurts. We’re taught to survey the area around our car when returning to a parking lot or garage. To check the backseat of a vehicle, making sure no one is lying on the car floor, before entering. To take the elevator rather than the lonely stairwell. “If a man tries to get into your car, just step on the gas and run him over,” my father told me when I learned to drive. “And don’t look back,” he added. “Don’t trust anyone—not even your uncles,” my mother said when I was a little girl, having certain family members in mind but covering all bases. How sad—though realistic—that my mother wanted me to be on guard around men. I want to live in a world my daughters—and yours—expect more of the men in their lives.

When I lived in Washington, D.C., I signed up for a self-defense program for women. “Only when the knife is at your throat, when the gun at your head is cocked, should you try to fight,” the male instructor told us. “Otherwise, just submit and hope he doesn’t kill you, because nine out of ten times, you’ll never be able to fight him off. In fact, your efforts will only enrage him,” were his parting words after six sessions of drilling us in numerous karate-like maneuvers. Yes, we women enter the boot camp of self-protection at an early age and live with the fear of being overpowered by the physically stronger gender forever.

So what about the kind, gentle, pro-feminist ones like my husband—and all the fathers, brothers, boyfriends, and sons who don’t act violently toward other men, let alone women? Why should they bear the stigma of the minority of males who are violent? Why should they be made objects of cynical looks cast by women who take a step away from them when they cross their path on a lonely street at night? “I’m a good guy,” the men cry out. “Why should we believe you?” the women respond. Unless the “good guys” are willing to speak out about those males who aren’t—are willing not necessarily to become activists but vow not to stay silent in the face of any kind of abuse—why should women believe they’ll be allies?

That day two decades ago I did answer my husband when he expressed being offended by the antimale attitude that seemed to be hovering over him like a giant pall. “Don’t look to us to clean up this mess for you too. Women can’t do everything,” I said. “Only when men make an effort to get the situation in hand and show that you won’t put up with other guys’ criminal behavior any longer—when you teach them how to act, how to be respectful—will men stop behaving badly.”

Groups of men felt the same way and organized men’s centers in pockets around the country. In my community there is the Men’s Resource Center for Change which for years has been known as an antiviolence organization offering programs that help men to channel their violence and develop healthy self-awareness and meaningful personal relationships with women, children, and other men. Voice Male, which began at the same time, grew out of the center and chronicles the changes in men and masculinity. Their work, and that of others like them around the country, must grow bigger and stronger.

Domestic violence in the U.S. is still the leading cause of injury to women between the ages of 15 and 44. According to a recent United Nations report, violence against women remains widespread across the world, exacerbated by traditions and customary practices that determine the way women are treated in families, places of work, and communities.

The horrifying story of the gang rape of a medical student in New Delhi in December—the woman later died of injuries suffered during the assault by six men on a moving bus—served as a tragic wake-up call to many Indians. It only redoubled my resolve that “good men” must speak up—and act. Therefore with more conviction than ever, I ask: Where are the Lancelots of our day? Gather together. Stand as allies with women. Change yourselves to save yourselves.

Marisa Labozzetta’s latest novel, Sometimes It Snows in America, has just been published in paperback by Guernica Editions. To learn about her work or to contact Marisa, visit her website at www.marisalabozzetta.com. 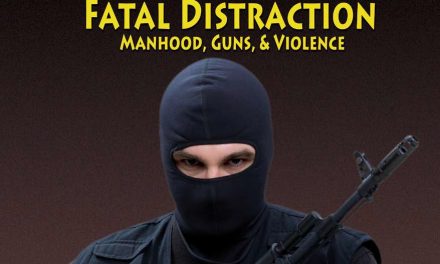