Is It a Boy Crisis or a New Normal?
By Sarah Andrews
The “boy crisis,” as some describe it, argues that boys are falling behind in school, their mental health is at risk, and they no longer feel a sense of purpose.

Boys Will Be…Themselves
An Interview with Filmmaker Dylan Rhys Howard
The world could be a better place if we let folks be themselves rather than constantly policing them, telling them there’s only one right way to be a man.

Where Abortion Is Legal, Restricted or Banned
A compilation of abortion rights and restrictions currently in place in all 50 states and Washington, DC.

Five Books Every Profeminist Needs to Read
By Jake Stika
Here are five books that have been essential to my own growth and development.

Where Justice Goes to Die in India
By Apoorvanand
If the message to Muslims is to not expect justice, the signal to the Modi’s BJP supporters is that they are immune from punishment for any crime.

No Nutrition Equity Without Gender Equity
By Dr. Pankaj Varma and Dr. Neha Sareen
Engaging men in health and nutrition programs can play a positive role.

Why Nigeria’s Violence Against Persons Act Isn’t Working
By Chigozie Victor
While states across Nigeria continuously report disturbing domestic violence and sexual assault statistics, there is a wide gap between arrests and convictions.

Ejaculate Responsibly
By Gabrielle Blair
There are little to no repercussions for skipping out. So, many men keep going along, causing unwanted pregnancies with irresponsible ejaculations and never giving it a thought.

Seeking the True Home
By Steve Kanji Ruhl
We all have a home, and this is our practice, the practice of going home.

“Men Are from Earth. Women Are, Too.”
By Chris Kilmartin
John Gray, of “Men Are from Mars, Women Are from Venus” fame, masterfully sold gender fictions to the U.S. public.

From the Editor
Seeking a Vaccine Against Meanness and Hate
Recently, the connection between men’s extremist behavior and right-wing terrorism has come into focus.

Film
The Dangers of Birthing While Black
Produced and directed by Paula Eieselt and Tonya Lewis Lee. 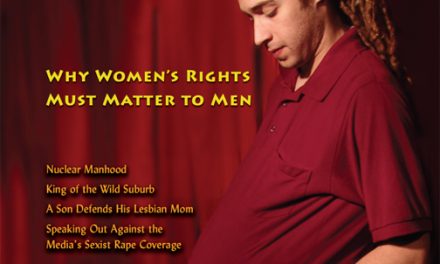 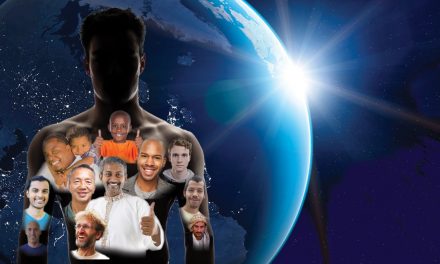