Working with men to transform patriarchal relations with women is complex, as Bayano Valy’s article reveals. In its intervention, “Men in the Kitchen,” Rede HOPEM (http:www.hopem.org.mz/) of Mozambique combines skill building related to domestic chores and attitudinal change, in turn related to gender and masculinity, so that doing care work is not seen by men merely as supporting women but as a joint responsibility. HOPEM is enabling men to move from a “helping out” mentality to equal sharing of caregiving work in an effort to challenge power relations among genders.

Bayano points out the apparent contradictory responses from most women when their male partners engaged in care work. Some women felt “an invasion of their private space,” he reports; others even questioned their partners’ manhood as a result of their performing domestic work.

The solution proposed is to engage women in gender work as well, using gender-synchronized approaches. I agree but think we need to dig deeper about why men encounter resistance from women when they increase their involvement in house care work. Are we really challenging power relations when we support men assuming 50 percent of care work? Is it really gender transformative when men discard the helping-out mentality and fully embrace care work? My hypothesis is we may be both challenging and not challenging these power relations.

Patriarchy has a tremendous capacity to re-accommodate in times of gender-roles change. In some contexts, the fact that men do care work in similar amounts as women may not necessarily equalize power among them. Actually, it may exacerbate power differentials, with men gaining more legitimacy and self-sufficiency. Men’s egos can become further inflated by such an “I can do it all by myself” mentality, thus relegating women to more marginalized positions.

We not only have to think about sensitizing women to the need to appreciate, and not feel threatened by, men’s involvement in care work, we also need to keep raising awareness among men in relation to the meanings attached to their new domestic practices. Men should not be in competition with women about who is more capable or who does more care work. We needn’t engage in a patriarchal sense of rivalry. If we do, there is a greater chance that women will resist our efforts, and will regard them as an invasion.

In addition to working with men on these deeper meanings, it is important that our work with men also enables them to support women’s economic empowerment and other forms of empowerment that expands their horizons. If projects focused on changing men lack efforts to empower women, then women may indeed resist changes to the domestic gender order, seeing in the kitchen one of their few spaces of sovereignty.

Nicaraguan psychologist Oswaldo Montoya, an associate at the global Men Engage Alliance, was one of the founders of the Men’s Group Against Violence in Managua, the first men’s group of its kind in Central America. For a quarter century he has worked in a variety of capacities engaging men and boys to build a more gender-equitable society free from violence and discrimination. He can be reached at oswaldo@menengage.org. 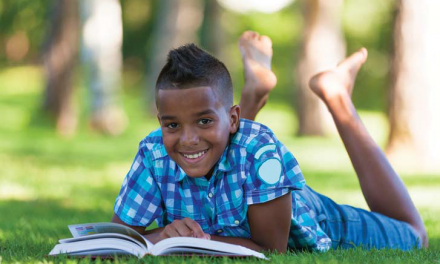