Will Men Ever Do Half of the World’s Childcare? 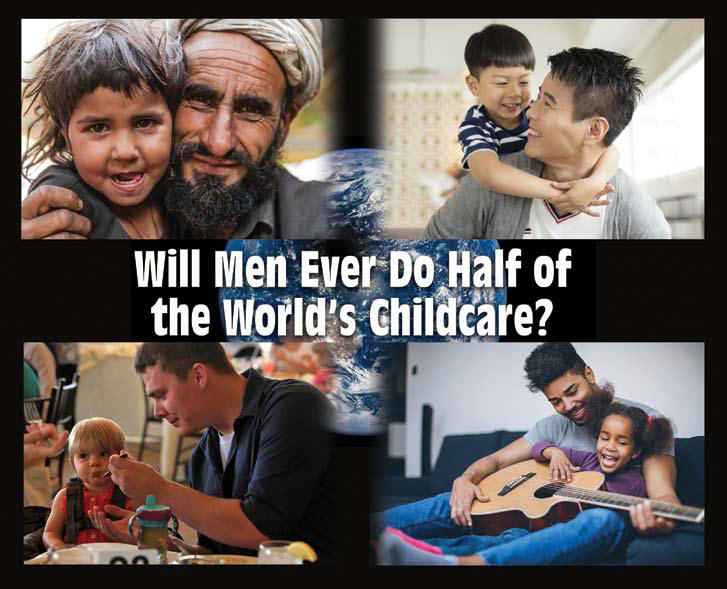 In June, when millions of families celebrated Father’s Day, for some the celebration was muted. In no country in the world do men’s contributions to unpaid care work equal women’s. And, at the current rate of involvement it is estimated it will take 75 years to reach gender equality. That is one of the findings in the second ever State of the World’s Fathers report released in Belgrade, Serbia, at a gathering just before Father’s Day that brought together nearly 100 activists, academics, and practitioners from across 50 countries.

Globally, on average, the time women spend daily on caring for the home and children is still three times what men spend; this ranges regionally from about 2.7 times in East Asia and the Pacific to 4.5 times in the Middle East and North Africa, and 6.5 times in South Asia. Women consistently do more unpaid work— including caring for others and doing domestic chores—and paid work combined than men do.

At the current rate of global progress, it would take an estimated 75 years for women and men to achieve equal pay for equal work. Reaching equal representation in government, business, and other spheres of power could take even longer.

State of the World’s Fathers: Time for Action draws from nearly 100 research studies and reports, with data from nearly every country where it is available. A publication of MenCare: A Global Fatherhood Campaign, it calls for a global goal and national action plans (building on Agenda 2030 and the Sustainable Development Goals) to achieve men and boys doing fully 50 percent of the unpaid care work globally.

Even where men are contributing more than they used to, globally the gaps between women’s and men’s contributions persist. Across 20 countries, men’s contribution to housework and childcare increased only an average of six hours per week over 40 years. These gaps, which are largest in low- and lower-middleincome countries, not only hold women back in their paid jobs and professional trajectories but also limit broader social and economic development, as well as progress toward gender equality.

Unpaid Care Work by the Numbers

In no country in the world do men’s contributions to unpaid care work equal women’s.

“Radical, transformational change in the division of unpaid care must be a global goal. Anything less is inequality,” said Gary Barker, president and CEO of Promundo, a global consortium working to advance gender equality, and MenCare’s global cocoordinator. “In a global political climate that is experiencing conservative backlash around sexual and reproductive rights and government support services, the time for action is now.”

The report affirms that many men do want to be more involved in the lives of their children. Even in countries where men’s involvement in care work is limited—such as those in the Middle East and North Africa—half or more of men surveyed said that they spent too little time with their children because of their job. In the United States, 46 percent of fathers said they were not spending enough time with their children, compared with 23 percent of mothers. For those men who are already taking on greater caregiving roles, State of the World’s Fathers reveals that it is often unexpected life circumstances—situations that present no alternative—that had driven their new household or professional roles.

A major impediment to progress is the “gender norms” that stereotype caregiving as “women’s work,” the report says. Across 59 countries, 45 percent of men and 35 percent of women, on average, agreed with the statement, “When jobs are scarce, men should have more rights to a job than women.” Economic and workplace realities, such as the gender wage gap and norms that discriminate against flexibility or taking leave, further drive an inequitable division of labor at home and at work. Finally, laws and policies around equal pay, taxation, and public provision of childcare, parental leave, and social protection often reinforce the unequal distribution of care.

“Women’s unpaid care is currently subsidizing labor markets across the world,” said Wessel van den Berg from Sonke Gender Justice, co-coordinator of MenCare. “Now is the time to reduce the debt that men, the private sector and states owe to women. Besides the question of equality, it makes good sense in terms of long-term resource use,” he noted, adding that an increased investment in early childhood focused care and development— along with an equal, nontransferable parental leave framework— would reduce long-term social welfare spending.

The report highlights specific recommendations for action, including its foremost policy recommendation advocating for paid leave, equally shared between mothers and fathers (or other caregivers). As of 2016, paternity leave—usually a short leave period specifically allocated for fathers after the birth of a child— is still offered in only about half of the world’s economies (86 countries), while parental leave—leave that is typically longer and can be taken by either parent—is offered in far fewer (53 countries). Such weak leave policies continue despite evidence that effective policies can help to transform gender relations at work and at home, as well as support women’s economic participation. State of the World’s Fathers also highlights access to income support—including alleviating poverty and providing affordable, high-quality childcare—and universally available father-centered parent training as spaces for progress.

To learn more or to download the full State of the World’s Fathers report, go to sowf.men-care.org.

Brian Heilman is an independent researcher, evaluator and a fellow at Promundo, a consortium working to advance gender equality globally. Lead author of the 2016 State of America’s Fathers report, he is coauthor of multiple reports using data from the International Men and Gender Equality Survey (IMAGES). In addition to extensive program and research experience in South Asia, Sub-Saharan Africa and the Middle East, Brian is also a sexual violence prevention advocate in metropolitan Minneapolis and St Paul, Minnesota. 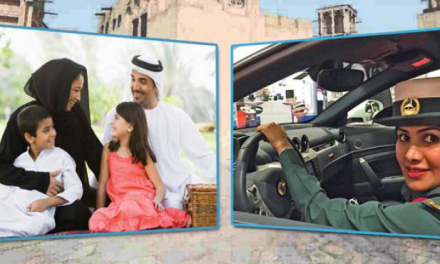 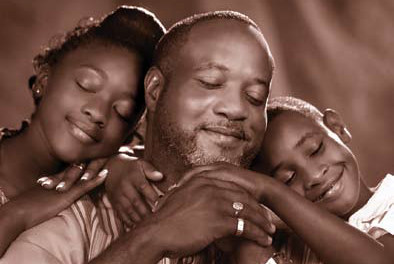 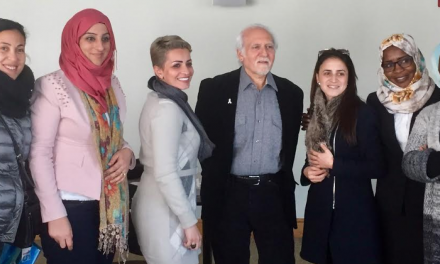 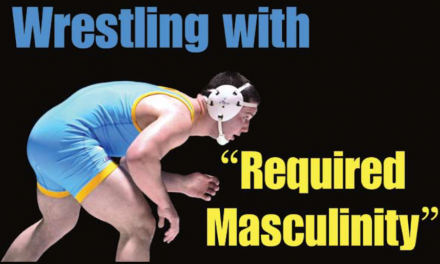