As the 2020 campaign revs up, the major issues seem clear — health care, taxes, racism, climate change, immigration and President Donald Trump. But ask a candidate where he or she stands on “men’s issues,” and one is likely to get a puzzled look, a groan or a disquisition about “masculinity.”

Some immediately recoil at the very idea that there are “men’s issues.” To even suggest this is often seen as sexist heresy; anyone who does so must be a woman-hating exponent of “men’s rights.”

Of course, there are many women’s issues that belong on the political agenda. Despite great gains during the last half century, women still live with the fear of sexual assault and harassment, and — on average — remain the bigger losers in a society still dominated by a white male political and economic power elite.

That doesn’t negate the fact that there are important men’s issues that our politics and government could help address. While some men do awful things or blithely take their privilege for granted, tens of millions of American males face issues that are ravaging their lives. Nearly 30 percent of men age 20 and older aren’t working. Men commit suicide at 3.5 times the rate of women and are twice as likely to die from drug overdoses. Twenty million children live without fathers in their homes. Nearly 20 million male ex-felons have little opportunity to turn around their lives. And the list goes on.

What does this mean for American politics? While some politicians use clichéd dog-whistles like the Second Amendment or immigrant-bashing to appeal to men, these no more speak to many men’s difficulties than other politicians and public figures who see men’s problems through the simplistic lens of “toxic masculinity.”

So, here’s a dare to presidential and congressional candidates: Tell us your views on the following:

Just as women should have equal access to good jobs and power without fear of sexual violence and harassment, we need to enable boys to thrive in school, fathers to be equal parents, male ex-workers and ex-felons to re-enter the workforce with decent jobs, and men to be far less at risk for suicide, overdoses and premature death. Politicians should speak out for these sidelined men, not only to improve their lives but also to benefit women and children and to move our society away from divisive gender generalizations.

Andrew L. Yarrow (Twitter: @alyarrow), a former New York Times reporter and an affiliate faculty member in the George Mason University history department, is the author of Man Out: Men on the Sidelines of American Life. 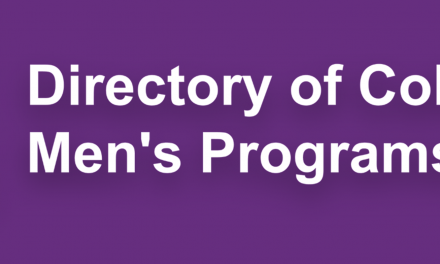