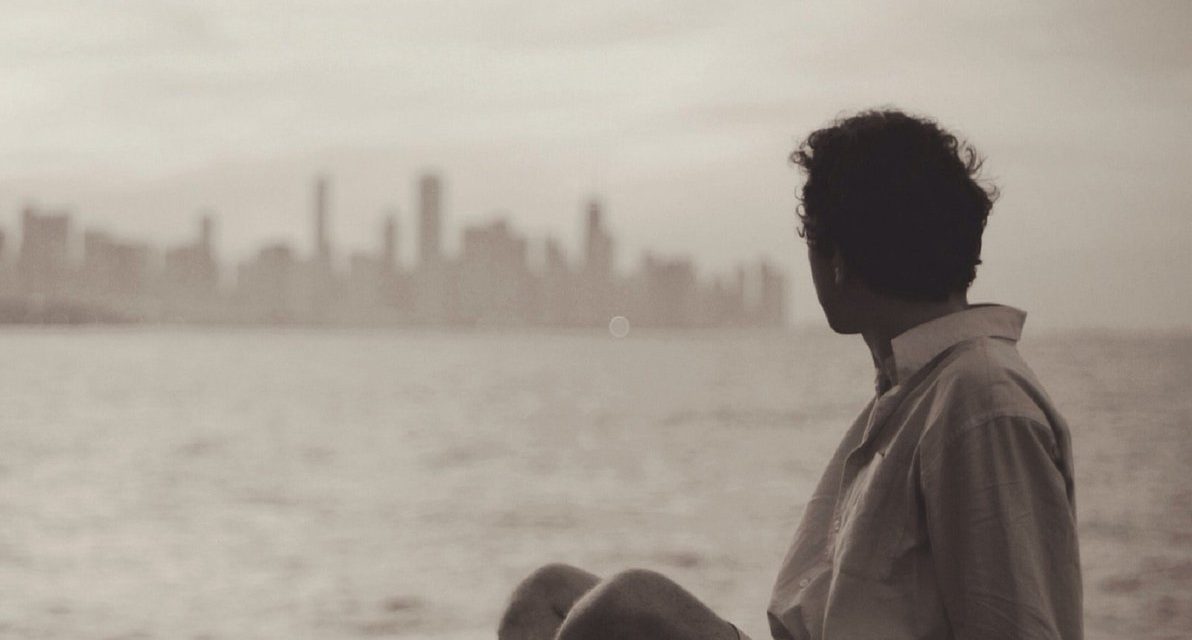 After an op-ed I wrote following the violent Charlottesville white supremacist march was published, I received an email from a man who described himself as a “white heterosexual and male conservative with strong Christian beliefs,” who added, “I live in a world…that is forcing me out.” Struck by his candor, I have engaged in a wide-ranging, respectful email dialogue with Dan, a small business owner from South Dakota, edited excerpts of which begin below.

I am not sure you will ever read this but I have to lay this out there. I just read your article in the Dallas Morning News from August 19, 2017. First, I will say I am not a white supremacist. I may be a disenfranchised white male of 47 years of age. I easily could be a part of a hate group but am not. I have too much respect for myself and the many good hardworking citizens of other ethnicities than my own. I don’t fit most stereotypes.

I am a white heterosexual and male conservative with strong Christian beliefs. I am married for 19 years with no children. I am educated. I live in a world and occupation that is forcing me out.

All the trade magazines espouse the need to have greater diversity—we need more women, we need more minorities, we need more LGBT; we do not need White heterosexual males. I take offense to your new world feminine manhood. I tried being a man in touch with my feelings. Where did it get me? Angry. I am tired of individuals erasing history in the foolish belief that it makes things better. Fools that erase history are much like those who do not learn from it—they are doomed to repeat it.

Unlike the mold of the supremacist, I do not begrudge anyone. I am happy for them; they have support, I have none. I am isolated. I am not the perpetrator of the sins I am being asked to confess and repent for.

I have never owned a slave and what my ancestors did or did not do I cannot speak to. I cannot embrace my culture as that labels me a bigot, a racist, a homophobe, a misogynist—you name it.

I do know what it is to be me and to watch the diversity train always belittle me for being a straight white male. This, I thought, was supposed to be a nation of equals, not a nation in which one group who may have held power gets totally destroyed and decimated so others can advance. If you are more educated, more qualified than I am, then you should get the job; but don’t just hire people because they are not white and male.## Stop labeling me. I just want to be left alone to live my life in peace lest one day I will be that person who you see on the news. I am in counseling and hate every minute of it as [the counselor], like you, tells me I need to become a woman!

I was very moved reading your email. There is much in your message to consider, especially for those of us who are white males.

I know it is confusing, upsetting—infuriating—to think you are being pushed away, marginalized, made to feel “less than.” What you describe is the tip of the iceberg of the reality the marginalized groups you referred to in your letter have long experienced. Perhaps your real and valid feelings can serve as a gateway to better understanding theirs.

You wrote that you “tried being a man in touch with my feelings.” I am interested to know more about that. For many of us men, it is hard to get in touch with our feelings, let alone being able to express them; most of us were raised to stuff our feelings down. We were taught that even to acknowledge that we had feelings— especially feeling sad, lonely, scared—was not permitted, was a sign of weakness. I found in my life that was a lie—that denying my feelings kept me from being fully human.

Individual white men are not the problem; a system that we have benefited from—as white males—is. That system has advantaged us: in jobs, housing, health care, educational opportunities, you name it. It has only been a short while since efforts to make life more just for women and the other groups you cite have been undertaken. Not all of those efforts have been perfect, but are necessary if we want a level playing field. I understand that it feels like now it is men—particularly white men—who are the ones on a playing field that’s tilted against us.

I will welcome hearing back from you.

Thank you for your reply. I understand that minorities have been disenfranchised for generations. I do not deny that. The reality is we as white men live in a world that tried to do good by evening the playing field but militant HR personnel are hostile to white males; many even have forced guilt on white males. As the owner of my own company, I have clawed and scratched for everything I have. So, yes, it torks me off to hear that I only have it due to my “White Privilege.” I know many minority and female business owners who work hard every day for their families and employees.

I live in a part of the world where we do not have many black individuals except refugees from Sudan. Many of the other blacks have come from the relocation of Hurricane Katrina victims and their families; others through adoption. These are decent, hardworking people. We have a lot of Hidivic immigrants, many who are here legally, and are great hardworking individuals. We also have many illegals here. We also have many Native Americans as I live in the middle of the Great Sioux Nation within an hour or two of most of the Seven Council Fires. I have worked with many Sioux tribe members over the years.

I agree with your statement the system is broken. We live in a system that the government pits Us against Them all the time—whether on race or on poverty. As for your question on getting in touch with my feelings, I too grew up in a time when the only acceptable emotion was anger. I grew up in a military family and it was boiler-room justice. Today, we would call that child abuse. In the late 1990s I was trying to discover myself. I started reading all kinds of books on getting in touch with your emotions and how to be the man every woman wants. After all, I was single…I learned to be empathetic. This does not come naturally for me. I also found that the more I tried to follow the principles I was being fed I was being mistaken by many for being gay! Others mistook my softer approach for weakness and many women dominated the relationship. I finally had enough after a couple of years of trying and went down the path of manhood I have followed for the last 22 years. Has it been perfect? No, but no one walks all over me anymore. I have been blessed with an amazing wife and I wholeheartedly support her and the job she does as a social worker.

Many of the emotions that caused me to write you have come up in the last year—the hate cheered on and championed by the media. The race wars; the police assassinations. The disregard for court decisions; the praise of criminals. What happened to the strong minority leaders who led by example and protested with peace? I am by no means saying whites have gotten it right. We have propagated our fair share of sin in this world. Many, out of ignorance. We will never truly be able to resolve the racial divide unless we are willing to sit down with one another, and have honest discussions. Burning businesses and looting, along with violent expressions, will do nothing to bring whites and blacks together. Hate is not a color issue; it is a heart issue. I have to get back to work. I look forward to continuing this dialog with you, Rob.

I am glad to be continuing our conversation.

We are living through a period of intense social transformation. Many traditional power structures and social arrangements are becoming increasingly obsolete. One way to think about things is not to look back (as many white men do)—trying to recapture some sense of lost glory—but to look ahead and work together to find common solutions. White men have a lot to contribute to the new directions required to make society work better. It doesn’t have to be lose-lose, where if people of color and women and gays advance, heterosexual white men must retreat. For example, the coal mining jobs being touted are not coming back, but the need for solar installers and windmill technicians is increasing—good-paying and far less dangerous jobs. We all need to lobby for job retraining.

Some people think white men in our country shouldn’t be so angry. As Americans, we have so many privileges already. Consider: While the U.S. is only 5 percent of the world’s population, we use nearly 40 percent of the planet’s resources. Ouch.

I know the anger a lot of white men feel is real—and is deeply held and sincere. But I’m not sure it’s “true.” What I mean is that anger doesn’t explain the situation. Women and men of color and other minorities aren’t the “enemy.” A friend and colleague of mine, Michael Kimmel, wrote a book about all this, Angry White Men. He met with hundreds of men all over the country talking about all of these topics. Many individual men never wanted to discriminate against others; we inherited what he calls an “ideology of masculinity” from our fathers and grandfathers and great grandfathers. That’s where the blame lies—with this inherited belief system. We all expected we’d always have everything we wanted, that we were entitled to be on top.

I get that a lot of men who are doing okay, and even some doing more than okay, feel an unease as society changes—as more of society’s minority members demand a place at the table. It’s like all those private (white) “male only” clubs that have had to open their doors so others could join. If the response is to “circle the wagons” and advocate for a return to the good old days of male supremacy, where’s that going to get us?

We’re at a crossroads. We have to understand men’s feelings today and the history that led to those feelings—what my friend says means fusing a psychological and sociological analysis. Let’s keep talking, okay?

Both Dan and I pledged to continue our dialogue, recognizing there are many more questions to delve more deeply into. When Dan wrote that the U.S. “was supposed to be a nation of equals, not a nation in which one group who may have held power gets totally destroyed and decimated so others can advance,” my antennae went up. “If you are more educated, more qualified than I am, then you should get the job,” Dan wrote, “but don’t just hire people because they are not white and male,” he asserted. Left for us to wrestle with is just exactly who has access to become “more educated,” thus becoming “more qualified.” And for Dan, the question of living in a “world that is forcing me out,” of watching a “diversity train always belittle me for being a straight white male,” is a message I must take seriously, that demands my full attention. In the days ahead look in this space to follow this important conversation.