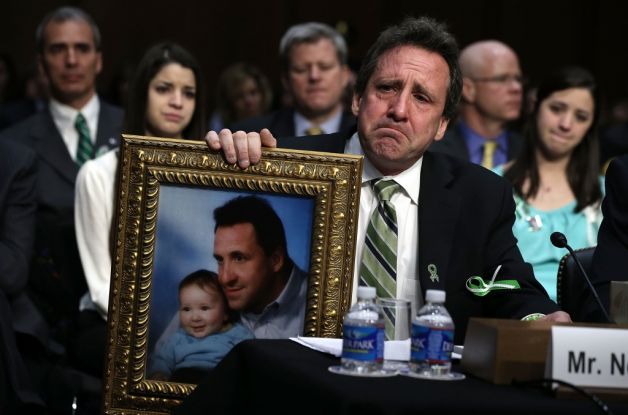 I suggest putting a teacher in every gun store.
—Jef Johnson

The National Rifle Association’s public face, Wayne LaPierre, woke me up the other night. No, it wasn’t a midnight phone call; it was a dream. He wanted to know what I’d thought of “the speech.” You know, the insensitive one he delivered last December 21, just seven days after Adam Lanza shot his mother in her bed and then went to Sandy Hook Elementary School and murdered 20 first graders and six school staff before turning one of the weapons in his mother’s arsenal on himself.

I’ve wrestled with the idea of writing about Mr. LaPierre for some time. Frankly, I haven’t wanted to give him any more ink than he has already received. Still, as a symbol of the brand of manhood I am committed to transforming, he continues to pull me in. One thought keeps nagging me: I have no idea if Mr. LaPierre is pompous, arrogant, self-righteous, and belligerent “in real life.” I want to think it’s an act designed to appeal to NRA members or, better yet, potential members. What I want to believe is that in the privacy of his home he is kind, attentive to his family, clears the table, loads the dishwasher, and wipes the counters clean before checking his email and watching the basketball playoffs. What I want to believe is that when news broke that the NBA’s Jason Collins announced he was gay, Mr. LaPierre turned to his wife and simply said, “Good for him.” (That the next day he may have asked an aide to find out if Mr. Collins was a gun owner and might make a great ambassador to gun-toting gays and lesbians—well, that’s just business.)

There’s a simultaneous cultural truth operating as we fishtail along the slippery road of gender justice reformation. On the one hand a man like Mr. LaPierre is still attracting followers despite the disgust and astonishment with which his tone-deaf analysis of how to prevent gun violence is being received by a sharply growing number of citizens. On the other, men like Mr. Collins are opening the door for younger males—gay young men of course and lots of others—hungry for a way out of the “man box” that seeks to constrain them. Mr. Collins’s announcement about his sexual orientation didn’t receive anywhere near the attention Mr. LaPierre received for essentially telling us about his.
In the years to come I believe Mr. LaPierre will be seen as a throwback to a bygone era. I know, I know; we’re not there yet. You may call me a dreamer—I already shared one of my dreams—but I’m not the only one. Sooner than later, he will be marginalized as a credible voice representing the will of the American people, replaced perhaps (besides the next Jason Collins) by the eloquent voices of the heartbroken fathers of Sandy Hook murder victims. There was a time when we didn’t hear much from men after heart-wrenching family tragedies. (“He’s the silent type,” a female relative would report. “He just keeps it all bottled up inside,” she’d say to explain a stoic man holding back his tears—and his emotions.) Well, the Sandy Hook dads are different. Alongside their wives they are leading the way in a cultural shift Mr. LaPierre and his NRA backers in Congress have heretofore never seen. The tears of fathers are mixing with the fierce determination of mothers to create a tribe of new social justice change agents—activist parents.

This is a good sign for those who support the Newtown parent-survivors’ promise to continue lobbying Congress until substantive gun reform legislation is passed (www.sandyhookpromise.org). Beyond that pledge, though, will soon come another to urge—no, demand—that Congress, the Obama administration, and the media add gender as a central part of the national conversation about mass shooting violence. We need only look at the deadly Boston Marathon bombing to notice that gender, specifically white maleness, was once again absent from the discussion. Rather than being distracted by Tamerlan and Dzhokhar Tsarnaev’s religion, let’s remember that like Newtown’s Adam Lanza, James Eagan Holmes (Aurora, Colo.), Wade Michael Page (Oak Creek, Wisc.), and Jared Lee Loughner (Tucson, Ariz.), the Chechen brothers were white males.

For white men in particular this is a perfect moment to leverage whatever privilege and influence our status affords us to add white maleness to a conversation now fixated on guns (see Charlotte and Harriet Childress’s commentary on page 14). It won’t be easy to make the change; there are a lot of forces against us. Powerful, white male forces. If we are to accelerate the pace of change in redefining manhood, then we have to expose its dangerous conventional white male expression at every possible moment—just as at the same time we must encourage each other to spotlight expressions of egalitarian, profeminist manhood whenever we see them. (Just look at the organizations and groups listed in the Resources section at the back of this magazine for starters.) We need to amplify our voices in telling our side of the story. For too long, we’ve ceded the stage to Mr. LaPierre and company. Those days have to come to an end. The time to begin is now.

Voice Male Editor Rob Okun’s new book, Voice Male: The Untold Story of the Profeminist Men’s Movement will be published this fall. He can be reached at rob@voicemalemagazine.org. 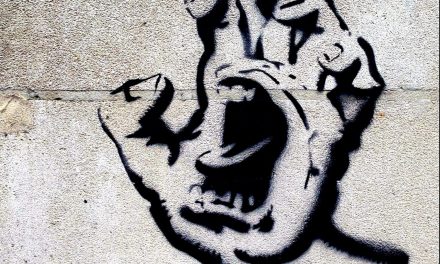 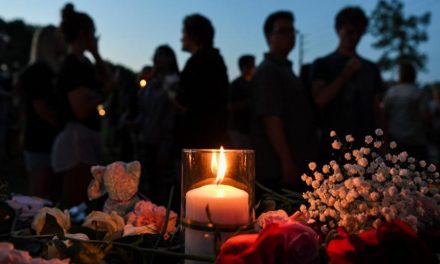