Produced and directed by Paula Eieselt and Tonya Lewis Lee 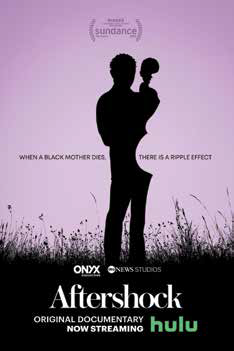 In October 2019, 30-year-old Shamony Gibson tragically died 13 days following the birth of her son. Two months later two filmmakers began recording the lives of Shamony’s heartbroken mother, Shawnee Benton Gibson, and her bereaved partner, Omari Maynard, as they began to process what happened and tried to adjust to their new normal.

In April 2020, 26-year-old Amber Rose Isaac died during an emergency C-section, a much riskier procedure than a vaginal delivery. Within weeks of Amber’s death, Omari reached out to Amber’s surviving partner Bruce McIntyre and a lifelong bond was formed. With their families and community by their side, Omari and Bruce began the fight for justice for their partners while caring for their children as newly single parents.

That’s the backstory for Aftershock, the Sundance audience-award winning documentary by Paula Eiselt and Tonya Lewis Lee chronicling the two families’ justice seeking journey. Along the way they become ardent maternal health activists, employing a variety of strategies: from legislation and medical accountability, to the power of community, and the power of art. Aftershock introduces viewers to a myriad of people touched by Black maternal death, including a growing brotherhood of surviving Black fathers, and midwives and physicians on the ground agitating for institutional reform. Through their collective journeys, viewers find themselves on the front lines of the growing birth justice movement that is demanding systemic change within both the medical system and the government.

In the United States, maternal mortality rates for Black women are several times higher than rates for white women. Aftershock explores why so many Black women are dying— and what happens to the families they leave behind. Eiselt and Lewis Lee tell their story free from the clutter of statistics, even as important—and damning—as the statistics around Black maternal health are. “When Tonya and I sat down, we decided first and foremost, this needs to be a human story,” Eiselt said in an interview with Salon’s Melanie McFarland. 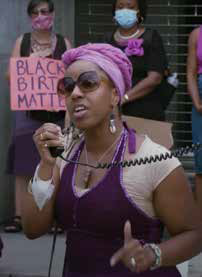 While Aftershock follows the stories of the Shamony Gibson’s and Amber Rose Isaac’s deaths, it also celebrates their lives and legacies, recognizing that they were more than faceless names on a hospital form.

In October 2019, after the birth of her second child, Shamony started experiencing sharp chest pains. But when she went to the hospital, doctors kept asking if she was on drugs. Medical professionals continuously dismissed her concerns until it was too late; she died from a pulmonary embolism.

In a chilling distillation of the plight of pregnant mothers of color, Black mother Felicia Ellis says in the film, “A Black woman having a baby is like a Black man at a traffic stop with the police.”

In discussing the fraught conditions facing Black mothers, the film’s codirector Eiselt pointed to the deficiencies in how birth happens in this country. “The US birthing system—and our maternal health system—are like no other country. We’re the only country in the industrialized world that does not have midwives integrated into our system, and our rates correlate to that. The other countries that have midwives, their mortality rates are much, much lower,” she noted.

We learn in the film that despite their grief, Shamony’s mother, Shawnee, and her partner, Omari Maynard, decided to hold a celebration of Shamony’s life. They called it “Aftershock,” which became the name of the documentary.

After telling the women’s story, the focus shifts to the fathers left behind: Maynard and McIntyre. Out of their grief and commitment to fight for Black maternal health, the single fathers began creating a community for fathers to talk about their loss, channeling their grief into activism.

Maynard paints portraits of mothers who have died; he is also the founder of the ARIAH Foundation, which advocates for the advancement of reproductive innovation through artistry and healing. McIntyre, founder of the saveARose Foundation, turned toward legislation. He is working to bring a birthing center to the Bronx and promoting the work of midwives and doulas, among other activities.

“Black maternal mortality rate is just going up. I mean, it’s going up for all of us in this country, but for Black women it’s getting worse…” Aftershock codirector Tonya Lewis Lee told Democracy Now! She said she and Eiselt made the film because they “…wanted to tell the story of what was happening in the United States around Black women’s health. We know that Black women’s health and infants’ health is a marker of the health of nation. If mothers aren’t doing well, if infants aren’t doing well, none of us can do well. So, we need to figure out what the problem is and how to fix it.” 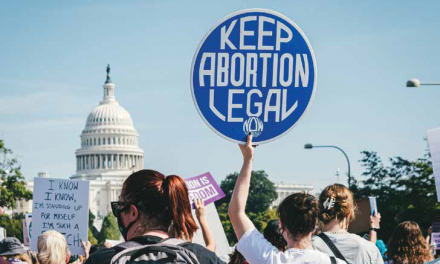 Where Abortion Is Legal, Restricted or Banned 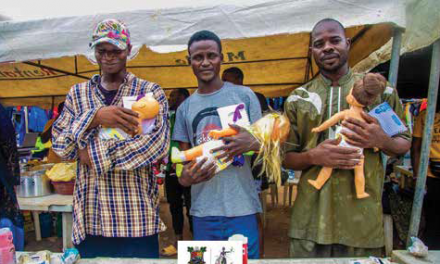