When Newsweek ran a cover story in May declaring President Barack Obama “The First Gay President,” a firestorm of responses, good and ugly, erupted. To be frank, I was shocked when Mr. Obama told Robin Roberts on ABC’s Good Morning America that he supported gay marriage. His administration had at first tried to backslide from Vice President Joe Biden’s comments on Meet the Press days before asserting he was “comfortable” with men marrying men, and women marrying women.

But given that North Carolina had just voted “No” in an overwhelming manner on Amendment One, which blocks—among other things—gay marriage and the basic rights of couples in same-sex relationships, President Obama’s response came as a complete surprise to many of us who support marriage equality for all Americans, regardless of sexual orientation. Whatever some may think of Republican presidential candidate Mitt Romney, this is going to be a very close election, if for no other reason than many people don’t like President Obama, and have come to blame him for everything wrong with America. Conservatives and evangelicals now could add his endorsing marriage equality to their bucket list of discontent.

For sure, Mr. Obama, becoming the first American president to publicly support gay marriage is not only historic, but also politically risky. Yet I am glad he and his administration finally had the guts to do so. As an African American I know well what my ancestors had to endure to achieve fundamental civil rights in our country. I am also clear that the civil rights movement was not just for Black people, but for any American marginalized because of their race, culture, gender, class, education (or lack thereof), religion, disability, or, yes, their sexual orientation. Democracy means every person has the right to live as they choose, without interference, as long as it is not harming or hurting others.

I did not always think this way but years of traveling America as an organizer, speaker, and writer broadened my mind and soul to see the humanity in people. That, coupled with the many lesbian, gay, bisexual, and transgender individuals I’ve met in my work—including many who’ve been the victims of the most horrific forms of violence and brutality simply because of their choice of whom to love—is what made me state a few years back that I support gay rights, including gay marriage, 100 percent.

Now of course this runs counter to my upbringing as a Christian, and to what is often preached in Black churches. For the record, I do not think that Black Americans are any more socially conservative or homophobic than other communities in our nation. But what I do feel is that given our long history of having to confront inequality and social injustice in America, many Blacks are resentful of others trying to link their social struggles to ours. As one preacher once said to me, “You don’t have to tell anyone you are gay. But we cannot just erase our skin color.”

True enough, but that does not mean, irrespective of who you are, that you cannot and should not have the capacity to feel the suffering of those different from you in some way, especially if you are a part of a group that has experienced a long history of social inequality. For sure that speaks to your greater humanity if you can do that, at any time, and in relation to any community. But, sadly, some of us faith-based folks of all races and religions walk away from our humanity, decide we are God, and cite holy texts to condemn lesbian, gay, bisexual, and transgender folks to hell, even as some of them are right in our midst, in our spiritual spaces, in our workplaces, in our neighborhoods, and in our families. People’s inability to see themselves in another explains the heated and endless discussions around President Obama’s coming out in May.

And then came the sensationalistic Newsweek cover. Clearly the magazine is in business to sell copies, particularly in an era when most of us are more likely to get our information from the Internet instead of a magazine or newspaper. But when you read Andrew Sullivan’s essay you realize the cover is saying one thing while his piece says something entirely different. The cover suggests that Barack Obama is as much the first gay American president as it was suggested, years back, that Bill Clinton was America’s first Black president. And both notions are loaded with untruths and sheer naïveté, and do a great disservice to those respective communities. Simply put, Bill Clinton is not Black and Barack Obama is not gay.

What they both happen to be are political leaders who had the courage, in different ways, to speak certain truths into existence that we hope will change the direction of ideas and attitudes in America. Indeed, as the firestorm and homophobic outbursts continue around President Obama’s support of gay marriage, not long afterward the Washington Post ran an op-ed about Tracy Thorne-Begland, a top Virginia prosecutor overqualified to be a judge, who was summarily rejected by state Republicans to be one—in the wee hours of the morning, no less—because he also happens to be openly gay. Although Mr. Thorne-Begland had the support of the Republican governor, each and every Republican in Virginia’s House voted against him.

This kind of ignorance and hatred, be it certain White Republicans or certain Black preachers, to block people from working, from living, from loving, simply because of who they are, is not acceptable. Let us hope President Obama’s bold step will lead to a different kind of discussion about democracy, about equality, about our humanity, and our ability to accept people for who they are.

Kevin Powell is an activist, public speaker, and author or editor of 11 books, including his newest title, Barack Obama, Ronald Reagan, and the Ghost of Dr. King: Blogs and Essays, which can be ordered at www.lulu. com. Email him at kevin@kevinpowell.net. His Twitter hashtag is kevin_powell. 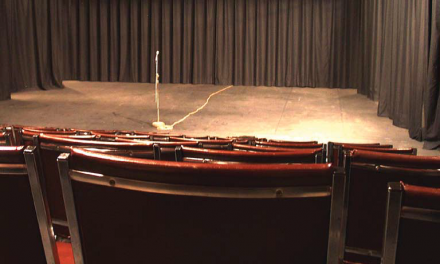 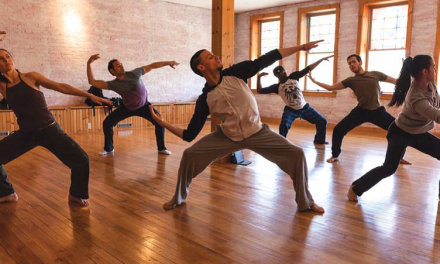