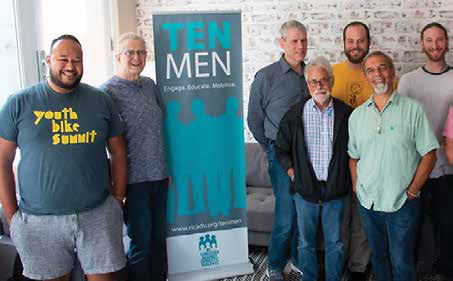 By John Ungerleider and Bill-Pelz Walsh

Taking Responsibility is the name of a state-certified domestic violence accountability program in the southern Vermont city of Brattleboro. It focuses on the dynamics of power and control in men’s intimate relationships. Designed to help men examine their violence and controlling behaviors towards women, it also calls on men to identify and take responsibility for abuses of power. To highlight both its philosophy and the lessons men learn in the program, John Ungerleider and Bill-Pelz Walsh describe the program, featuring the voices of some of the 100-plus men who have completed it in the past five years. (Names of participants have been changed to protect confidentiality.)

For 30 weeks, groups of approximately 10 men meet weekly for 90 minutes to talk about domestic violence, focusing on the abusive offenses they’ve committed. Most are mandated, by the court, a probation officer, or the Department of Children and Families. A facilitator’s job is to guide men to talk honestly about their attitudes, habits, feelings, and the roots of their beliefs. We explore their role in the cycle of violence, including the personal history that brought them to us. Sharing experiences with their peers, week by week, men wrestle with taking accountability for their actions.

At each man’s last group, he is asked to share what he has learned. More than 100 men have shared their reflections since 2017. Another 50 completed a written survey. They identify aspects of the program they found most helpful to prevent their committing future violence against women. Below is a sampling of reflections. While not a guarantee of perfect future behavior, all reported significant shifts in awareness as a result of their time in the group.

“I came in thinking I don’t need to be here. Over time I did not deny, minimize, or blame. I saw how I had a lot to learn by being here, shedding some of my pride and righteousness and taking ownership for my actions. It reinforced patience and selfreflection.”

“I was self-centered… My words could be abusive without me realizing. I learned behaviors that were abusive that I did not even know. I don’t want to live like that anymore…. When I start to act on impulse, [facilitator] Bill’s face pops up behind me!”

—Rick, 42, a contractor, getting divorced and leaving the house he built.

The program emphasizes the traumatic impact of abuse on others, and how men who abuse often feel isolated and ashamed. The group setting supports men to risk being vulnerable. Our job is to guide them to act with integrity and to exercise self-care. We never want to shame them, although sometimes the shame they felt as a child is triggered when they are held accountable. Most report stories of childhood abuse and neglect.

“Everyone was respectful to me and that made me think I should be respectful to others, too. I came in with an attitude, a passive-aggressive person, and learned to be an assertive person. [The group has] given me the opportunity to speak honestly no matter the topic. Twenty years ago I would’ve lied my way through it.”

Groups begin with men “checking in”—sharing challenges and highlights from the week, and at times memories from childhood. Check-ins provide men with an opportunity to care for and support one another. Like many men, most have few male friends with whom they can have genuine conversations.

“I’m not a people person. Never dealt with people before. I kind of enjoyed it, being with people. I like the group setting; it was really helpful. When I started, I thought this class was BS, punishment. We can learn from each other things we didn’t understand.”

The second half of a session focuses on a topic designed to build awareness of their abuse and ways to take responsibility for their actions. Topics provide frames to assess patterns of abusive behavior, to learn ways to break the cycle of violence, and to build healthier relationships. Men drill down to better understand specific controlling behaviors, including being physically, verbally, emotionally, financially, or sexually abusive.

“It took me a while to say, ‘Yeah, I had been abusive.’ The most important thing is being able to recognize my triggers, from being shamed or hurt or anxious, and lashing out. Now I can recognize them every day and apply the breathing techniques and can discuss with my girlfriend the information from class.”

— Robert, 19, works in a food warehouse and moved back in with his girlfriend.

Men come to understand how they were taught as boys the benefits of having power over others, whether by parental role models or through absorbing “boy culture.” If you were tough, you felt safe, if weak you could face taunting and bullying. After such emotionally stunting social conditioning, it’s no wonder men struggle to be vulnerable in intimate relationships. Group helps men identify how they may be repeating abusive behaviors learned in childhood.

“It raised the impact of your childhood and how it affects everyday life, behaviors, thoughts, and relationships. Beliefs of entitlement [are] deeply ingrained from childhood; that takes a lifetime to unlearn.”

Together, the men analyze what they thought they were gaining by being abusive. They explore threatening, intimidating, or isolating their partners—how they minimize, blame, and deny to avoid confronting their abuse.

“I saw it was my fault the way I was treating my ex-wife, blaming her. It raised my self-awareness about how things would build up and blow up. If I’m going to get in a relationship in the future, I know the tools I can use to make it healthy.”

—Frank, 30, in and out of jail; not currently in a relationship.

“I tried different things when I went home. I’ve regained a certain amount of integrity and I feel calm—and the group has played an enormous part in that. My relationship got better. I heard in this group many times that we’ve done bad things, but we’re not bad people. It reminded me that I’m a good person and can be a great person.”

—Jeremy, 27, has worked in area food warehouses and sawmills.

Being held accountable in an environment of respect, men begin to understand a new definition for being a “real man”: being sensitive and compassionate towards women, and all people. They can be held accountable in front of other men—a unique experience for most.

“Calling out each other on the bullshit… getting called out by peers. It shows that we care. I saw how I had a lot to learn by being here, shedding some of my pride and righteousness and taking ownership for my actions. I am not perfect, I have a temper and anger but am willing to change and work on it daily.”

Men learn to interrupt violent behavior and build skills needed for maintaining a positive relationship. They learn that beneath anger lies a world of unexplored emotions—including sadness or fear—that open portals to communicate. Instead of laughing at one another, men demonstrate their capacity to listen and care for one another. Presented with new models for being a real man and a good man, they can commit both to living with integrity and supporting their partner’s right to safety and equality.

“It opens us up: each of us has done something terrible but can be accountable for what we did. I can be too quick to react to negative situations. Taking as much time as I need to think is perfectly okay. Noticing when I am stressed or angry. Being able to let things go or have calm conversations that are well thought out and avoid yelling or arguing… I have learned only I can control myself.”

Men learn methods to deescalate a confrontation. A simple technique is remembering to “S.T.O.P.” Stop; Take a Deep Breath; consider my Options; then Proceed.

“The key thing I have noticed with my behavior is I am able to catch myself quicker, reminding myself to breathe and respond instead of react. To walk away from a disagreement. That I have no right to put my hands on anyone in anger. I remember to breathe, think. It’s okay to feel the emotions you have, just acknowledge them.”

—Ron, 38, a carpenter and seasonal housepainter, not allowed to contact his ex.

With guidance from facilitators, and reflective support from other members, men consider what a healthy relationship can look like:

“I really learned about what a healthy relationship is. Then you can recognize when a relationship is not healthy and you can see those red flags and warning signs.”

—Henry, 33, a mechanic at a car dealership whose kids have been adopted out.

Accountability with respect is key. Because the men felt respected—rather than shamed or let off the hook by both facilitators and peers for their harmful behavior or attitudes—they appreciated the chance to talk about themselves, and to take responsibility for their behavior. And they enjoyed that they were able to talk with one another about life.

“Everyone in the group was really supportive…. Everybody is willing to open up and share their story; take responsibility and improve on who we are, and not go back to who we were. This class helped me in a great way: hearing guys’ stories every week; hearing how you handled situations. I love the group, the chance to meet people… and to look forward to the friendships.”

—Greg, 48, out of prison and clean from heroin for the first time in years.

The group allowed men to give voice to a more vulnerable side of themselves than they would have in prison, on the street, or talking superficially about sports. It gave them tools to recognize and stop patterns of harmful behavior, to break the cycle of abuse, and build healthier relationships. At the end of the 30 weeks, many men say they would miss the weekly dialogue with other men, and expressed gratitude for a clearer view of how to become better men.

“I’ve applied a lot of this stuff and it has been helpful to have control of myself and my actions. If I had gotten this information in my teens or twenties, I wouldn’t be sitting where I am now.”

—Rudy, 60, a car salesman who spent five years in prison.

We need to work with younger men before they commit violence. Groups refill too easily. Some men do reoffend. Ultimately, our goal is to work ourselves out of our jobs.

Bill-Pelz Walsh, MA, is a therapist who has been running domestic violence accountability and anger management programs for 25 years. John Ungerleider, Ed.D, is director of Greater Falls Community Justice Center. He teaches restorative practices in Vermont high schools, Vermont Law School, and Brandeis University. Brian Chevalier, MA, did research for this article as a graduate student at the School for International Training. 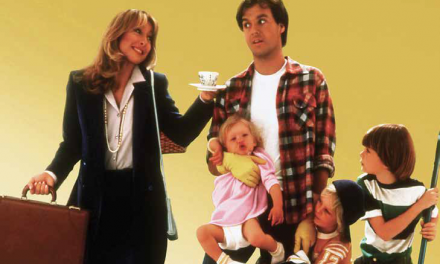 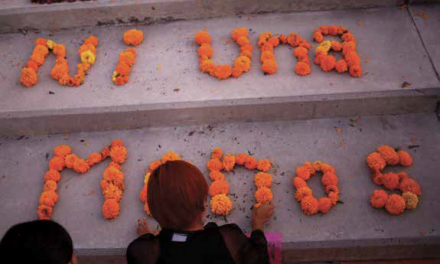 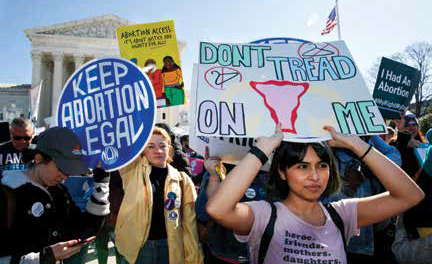