school hallways, stalking his longhair
hippie pacifist
prey: me. He hailed from Beech
Creek, that piss hamlet up Bald Eagle

Valley. He reeked of rage. You could tell
his old man horse-whipped him
with a belt, he took it out
on me with snarling punches, sneering

fist-jabs, slams
against lockers, eyes slitted
in menace. Hissing get a goddamn
haircut as his girlfriend — what did she find

amorous in his dogged, sullen
fury when hitting a kid who pledged
not to hit back? — smirked
in her cat’s-eye glasses and permed

bouffant. After graduation in ’71
he hitched in the Marines. To kill “gooks.” Saw in boot
camp for the first time black
men. Chink growled in the chow line

I ain’t eatin with no niggers.
Jogging the next morning, rounding
a road curve he saw looming in fog
a nightmare squad of bullish black Marines:

in those days of noble self-deceit, of pride
in my public non-violence. I chuckled
when I heard the story second-hand. Only
now with four decades passed behind me

do I not explain his pummeling by those black,
tormented, and wrathful grunts as just
deserts, taste of his own medicine, karma
or recompense for suffering he gave to me. I see it

just as suffering. The human hurt. That thing
we do eternally, each to the cringing other.

Steve Kanji Ruhl is a Zen Buddhist teacher and writer living in western Massachusetts. These poems appear in his new book, The Constant Yes of Things: Selected Poems 1973–2018, Off the Common Books. Available at levellerspress.com/. 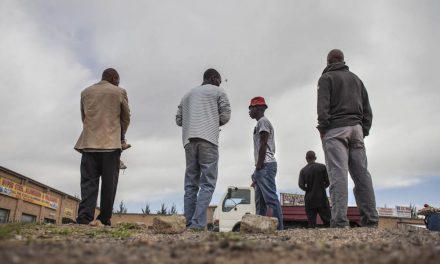