Remembering a Life Guide—Allan Johnson
Anita Sarkeesian, Michael Kimmel, and Michael Schwalbe
Noted sociologist and novelist Allan G. Johnson, an influential figure in the profeminist men’s movement and the broader progressive movements for social justice, died on December 24 at his home in Canton, Connecticut, surrounded by family and friends. He was 71.

Advancing #MeToo Around the World
Sinéad Nolan and Jenny Rodriguez Bruno
#MeToo has had a remarkable impact in almost every corner of the globe, albeit in different ways. Panelists in the MenEngage virutal roundtable shared their experiences during a dialogue that took place across time zones from India to Sweden, and Sweden to Canada and the U.S.

What Men Are Saying About #MeToo
Jackson Katz, Tom Gardner, Robert Jensen, Steven Botkin
“So far, men have treated #MeToo like a bumbling dad in a detergent commercial: well-intentioned but floundering, as though they are not the experts.” So wrote Lindy West, the New York Times opinion writer, in a column not long ago. The author of Shrill: Notes from a Loud Woman, she frequently writes about feminism and social justice. Nevertheless, like many other commentators asking, “Where are the men?,” sadly, when she looked all she saw were “bumbling dads.” Sure, some are, although most aren’t. Antisexist, profeminist men—academic, activist, some both—have been following women’s exhortation to challenge men’s violence against women since the 1970s.

Dismantling Patriarchy in the Heart of India
Jessica Mayberry
A group of young men stare intently at the screen of a tablet computer balanced on a tripod jerry-rigged with a piece of wood. The men, aged 25 to 35, are all members of the Baiga tribe of Madhya Pradesh, a state in central India. In the past they have come together as budding activists to talk about getting legal rights to the forest they live in and depend on. Today they are talking about something significantly more challenging to their sense of self: patriarchy.

If We’re Against Toxic Masculinity, Guys, What Are We For?
Dan Miller
The ravages of toxic masculinity are now on full display. So is an unprecedented level of fighting against it. We should be at the forefront of the fight back. There’s much work to do. I am the father of boys ages 11 and 7. This moment is pushing me to try and raise them into men who reject toxic masculinity. Not to mention motivation to overcome my own struggles with it.

Time for a New Definition of Consent
Noah Bogdonoff
While not explicitly offering a feminist analysis of consent, Noah Bogdonoff’s refreshing take on the topic implicitly sees consent through a feminist lens. Men would do well to educate themselves about what respecting women really means—which for most men would necessitate education about basic feminist principles of equality.

Unmasking Sexual Harassment
Brian Heilman and Gary Barker
Some men are able to reject restrictive, negative social pressures related to masculinity, but many embrace these pressures and rules, as well as the version of manhood they represent. While young men surveyed in the U.S., the United Kingdom, and Mexico, overwhelmingly reject notions of manhood that imply that men are superior to women or that men should not care for children, they show strong support for toughness and the repression of emotions.

Swedish Men Join the Self-Reflection Movement
Hanna Navier
In Sweden, the #MeToo movement became a sensation on social media, with hundreds of men contacting the Swedish organization MÄN: Redefining Masculinity with important questions: “Could I have contributed to the suffering that the #MeToo movement has shed a light on? How can I contribute to being part of the solution?” Out of those questions has emerged a growing self-reflection movement within MÄN, the Swedish organization that’s been working to redefine masculinity for 25 years.

Mother Wound as Missing Link in Understanding Misogyny
Bethany Webster
Doing the Work
What’s going on with men? That’s the question writer and women’s transformational coach Bethany Webster has been asking in the wake of the #MeToo movement. Noting that men and women alike are grappling with the sobering reality of rampant misogyny, she observes, “As a culture, we’re left to ask, why do so many men have the impulse to disrespect, hate or violate women? Where does that impulse really come from? And how do we stop it?”

U.S. Ambassador To Swaziland Says #MeToo
Tom Churchyard
I was running—almost absent-mindedly— to the advocate or artist onstage, thinking about what happens next, about the lighting, sound, audience reaction, not about the speaker. So I was caught unawares, blindsided by the enormity, pervasiveness and global nature of men’s abuse of power over women.

Books
Antisexist Books and Films to Educate and Inspire

Apps, Awareness, and Woke Men
Amanda Pickett
Developers have been using technology for survivor empowerment and support for years. But what would it look like to have sexual violence prevention technology that’s directed specifically at men, especially since at least 90 percent of perpetrators are men?

Men and Gender Equality Antiviolence Websites
In the four decades since women invited men to work to end men’s violence against women—and to transform restrictive, conventional masculinity into an openhearted reimagined masculinities—a growing number of grassroots organizations, practical initiatives and innovative projects have emerged around the world.

From the Editor
#MeToo: “Where Are the Men?” Hiding in Plain Sight for 40 Years
Where are the men? Since last fall, when Harvey Weinstein and his predator brothers were exposed for enacting poisonous masculinity, I’ve heard that question a lot. More and more women are speaking out—and, thankfully, being believed. Two simple words—“Me, too”—have sparked a movement that’s woken a lot of people up.

Film
Raise Our Men
Richard Jeffrey Newman
This 35-minute film features interviews with New Zealand men talking about their experience of being socialized as a boy and their experiences as a man. Raise Our Men is designed to prompt men to choose to be more respectful toward women. 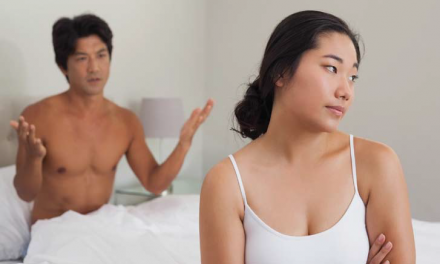 Time for a New Definition of Consent