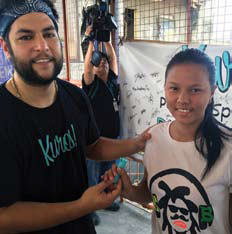 A U.S.-based company is getting selfdefense products into the hands of women around the world. Kuros! recently donated 2,000 cans of pepper spray to women in the Philippines, where females are the daily targets of violence and sexual assault.
Company founder Kuro Tawil says his business wants to give women “a fighting chance” at protecting themselves from assault and allowing them to live their lives without fear. “We are committed to changing women’s lives on a global scale,” Tawil said. For every Kuros! product sold, the company founder says, a can of pepper spray is provided to a woman who could not otherwise afford it. The firm has reached out to women in several countries, including South Africa, India, and El Salvador.
Kuros! and Willi Hahn Enterprises, a retailer of outdoor sporting goods, teamed up with Gabriela, the Alliance of Filipino Women working for freedom and democracy, to reach vulnerable women across the country. They began delivering pepper spray last November in honor of the United Nations International Day for the Elimination of Violence Against Women. For more information visit kuros.com/.

In Russia, a woman sustains injuries from domestic violence every 12 minutes. That’s 36,000 women each year, although the number may be higher since there is no official record keeping of family violence cases. So says activist Alena Popova as part of her call on Change.org for a worldwide campaign promoting legislation to protect women.
Existing Russian law allows courts to be lenient with those who commit domestic violence. The Duma—Russia’s legislative body—recently passed a law to decriminalize domestic violence. Popova says such a law will mean more women will die, and that the criminal justice system in Russia will continue to reward those who abuse their spouses.
Popova is calling for a new law that would change the way the justice system handles domestic violence cases, including a special office to prosecute abusive men who are responsible for beating 36,000 women every day in Russia, she says.
Western and Eastern Europe—as well as several other countries from Kazakhstan to Lithuania—have adopted similar laws that led to as much as a 40 percent decrease in domestic violence cases, she reported. That could happen in Russia, too.
Popova has called on the international community to “help send a powerful message to Russian lawmakers that people around the world are invested in the survival of women who are otherwise dying for the right to be safe in their homes.” https://www.change.org/p/state-dumaadopt-the-domestic-violence-law-inrussia?source_ location=topic_page

More than 150 mayors from more than 40 states and the District of Columbia have joined a new coalition, Mayors Against LGBT Discrimination, to support LGBT constituents and advance equal protections.
Mayors Against LGBT Discrimination is a nonpartisan coalition made up of officials who support equal protections and fair treatment for all LGBT people. With 32 states still lacking comprehensive protections for LGBT people—and increasing uncertainty surrounding potential new discriminatory federal policies— organizers say it is more crucial than ever to maintain support at the local level. Mayors Against LGBT Discrimination was formed to provide protection and resources to advance equality and affirm the dignity of all. Cochairs include Mayor Ed Lee of San Francisco, who founded the organization; Mayor Muriel Bowser of Washington, DC; Mayor Jim Kenney of Philadelphia; and Mayor Ed Murray of Seattle.
The mayoral initiative is being coordinated by Freedom for All Americans (FAA) (freedomforallamericans.org), a bipartisan campaign to secure nondiscrimination protections for LGBT people nationwide. FAA brings together Republicans and Democrats, businesses, people of faith, and allies in the fight for fair and equal treatment for all. 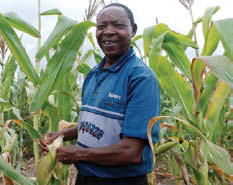 Recognizing that no father wants an unhealthy or unhappy family, Concern Worldwide is tackling chronic malnutrition and extreme  poverty in Mozambique.

Recognizing that no father wants an unhealthy or unhappy family, Concern Worldwide is tackling chronic malnutrition and extreme poverty in Mozambique by engaging men in shared caregiving and gender equality. The campaign is part of the organization’s Linking Agribusiness and Nutrition project (LAN) in the country’s Manica and Zambezia provinces.
Through participating in gendertransformative workshops called Clube de Diálogos, the fathers discuss men’s shared responsibilities at home, and their role—as actively involved fathers and caregivers—in promoting their families’ health and nutrition.
Concern, an international humanitarian organization that works to transform the lives of the world’s poorest people, decided to work with men in Mozambique after an analysis on nutrition concluded engaging fathers would be key in driving nutritional behavior change. Men were identified as most influential in ensuring women’s exclusive breastfeeding, and children’s receiving a minimally acceptable diet.
Both men and women face an immense amount of social pressure to conform to prevailing community attitudes, expectations, and practices, Concern says. Women are still expected to perform the bulk of household chores, including childcare, while men often maintain the belief that family nutrition is “women’s business” in which “real men” should not be involved. These inequitable attitudes and behaviors pose a major barrier to improved health and nutrition. The LAN project is designed to transform harmful norms and inequalities related to gender as a way to strengthen strategies that improve maternal, infant, and child nutritional outcomes and continue promoting women’s empowerment.

Donald Trump has been sued. Summer Zervos, a former contestant on The Apprentice, filed a defamation suit in January against the former (and present-day?) reality TV star for using “his national and international bully pulpit to make false statements to denigrate and verbally attack [her] and the other women who publicly reported his sexual assaults in October 2016.”
In the suit, reported on by AlterNet senior writer Kali Holloway, Zervos says she “was ambushed by Mr. Trump on more than one occasion” over the course of filming the television show in 2007. The lawsuit also alleges: “Mr. Trump suddenly, and without her consent, kissed her on her mouth repeatedly; he touched her breast; and he pressed his genitals up against her. Ms. Zervos never consented to any of this disgusting touching. Instead, she repeatedly expressed that he should stop his inappropriate sexual behavior, including by shoving him away from her forcefully, and telling him to ‘get real.’ Mr. Trump did not care; he kept touching her anyway.”
Trump’s response to allegations of sexual abuse and harassment by 13 women—their stories emerged after a leaked 2005 video showed him bragging about grabbing women “by the pussy”— was that the accusers weren’t hot enough to merit being sexually assaulted by him.
Weeks before the election he said he would sue all of his accusers after November 8. “All of these liars will be sued after the election is over,” Trump said during a campaign stop in Pennsylvania. To date he has not filed a single lawsuit.

The Dutch Join the Resistance 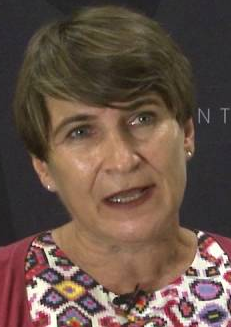 When Donald Trump reinstated and expanded an executive order forbidding the federal government from donating aid to family planning or medical organizations that perform abortions—or refer women to abortion providers—the Netherlands immediately stepped in to fill the inhumane gap left by his action.
While federal funds have never been permitted to be used to fund abortions, the so-called “global gag rule” aims to censor NGOs that provide sexual healthcare and family planning assistance to women in developing countries.
Dutch minister Lilianne Ploumen said in late January that the Netherlands was creating a “well-financed fund” to donate to family planning and sexual health NGOs that offer abortions or inform patients about the possibility of medical abortions. The Dutch-run fund is taking donations from private donors, NGOs, and other governments, providing an organized and cohesive resistance to Trump’s action. Up to 20 countries have indicated support for the Netherlands’ plan to set up an international safe abortion fund to plug the $600 million funding gap.
Response has been tremendous, Ploumen reported, including Dutch citizens asking how they can privately donate. “In the Netherlands,” Ploumen said, “there is firm support for the rights of women and girls—and [for] promoting… [and] protecting those rights.” 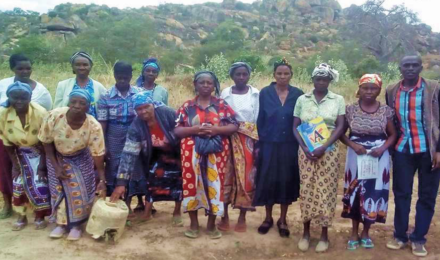