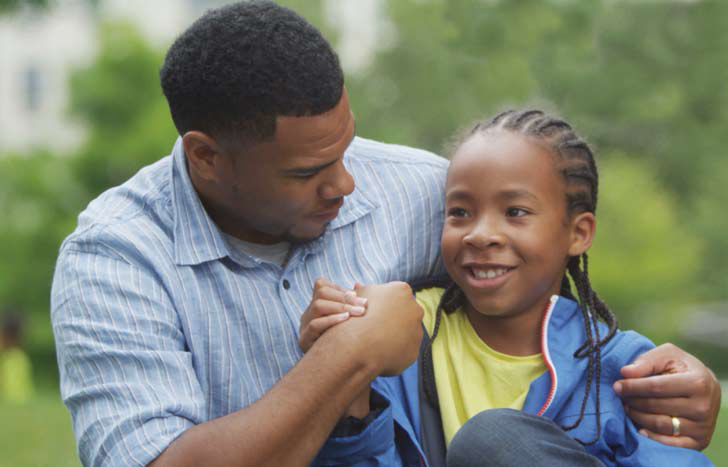 Drawing on their decades of U.S. and global research on gender equity, Plan International USA (Plan), an international organization that advances girls’ equality and children’s rights, and Promundo, a global leader in engaging men and boys in promoting gender equality and preventing violence, are offering concrete tips to help parents talk to their sons about healthy masculinity and self-expression. Because raising caring, respectful boys is of great interest and a major concern for many parents, the two organizations joined together to create “Nine Tips for Parents: Raising Sons to Embrace Healthy, Positive Masculinity.” In unprecedented ways, gender equality, power, cultural norms, harassment, and gender expectations are being discussed openly throughout the U.S. While women and girls are speaking out and being encouraged to challenge traditional gender stereotypes, the messages boys and men receive have largely remained the same. For parents who are wondering exactly how they can raise boys to be connected, respectful men, the recommendations below—based on extensive national and global evidence—can help provide practical guidance. What follows are Plan and Promundo’s nine tips:

1. Encourage personal expression when it comes to toys. Introduce boys to a range of toys, games, and activities, including those that might be traditionally thought of as “for girls,” as well as gender-neutral toys. It’s also a good idea to avoid toys that reinforce harmful stereotypes for any gender. Perhaps unsurprisingly, Plan’s recent study of adolescents’ views on gender equality found that children who play with more gender-neutral toys (in addition to having conversations about gender equality) grow up to be more interested in changing the status quo and in creating a more equal world.

2. Use play and imagination as a way to define positive values and qualities. When role playing—from stuffed animals to imaginary friends—use language and create scenarios that introduce a full range of healthy emotions and respectful dialogue. Ask your son things like, “Are they sad? How do you know? How can we help?” Highlight that being able to express a wide range of emotions, including being compassionate, caring, and collaborative, is positive for both boys and girls. Promundo’s research has discovered that young men 18 to 24- years- old exhibit relatively high rates of empathy, with 86 percent agreeing, “I get a strong urge to help when I see someone who is upset.” Let’s make sure that we encourage the expression of this empathy from an early age, and continue to reinforce it even as peer groups may sometimes tell our sons that empathy is not “manly.”

3. Challenge harmful stereotypes when it comes to outfits and expression. One of the best ways to encourage boys to be their authentic selves and break free from gender stereotypes is to allow them to experiment with fashion and self-expression that isn’t typically advertised to boys. For example, clothing or accessories targeted to girls, long hair or nail polish, rainbow colors, and so forth. According to Promundo’s research on “The Man Box” (see p. 20, Voice Male, Spring 2018), 72 percent of young men 18 to 30- years- old) in the U.S. say that they have been told that “a real man” behaves a certain way, at some point in their lives. When boys believe in stereotypes around what it means to be a man, it can lead to harmful consequences for us all. Let’s help boys realize that their self-expression doesn’t need to fit into a box.

4. Be clear about consent. Let your boys know that they have to ask for permission to touch others, and that they also have the right to say no if they don’t want to be touched. When it comes to hugging or kissing family members being picked up, make sure your son respects when others say “no” and feels supported and respected when he does. Promundo’s Man Box study found that young men who believed in rigid ideas about manhood were more likely to harass—online and physically. Help your son question those norms and understand consent. We’ll all benefit when we change these norms: a followup costing study finds that if we got rid of harmful masculine norms altogether, we could reduce sexual violence among men 18 to 30 in the U.S. by at least 69 percent, every year, not to mention save the U.S. economy $631 million. 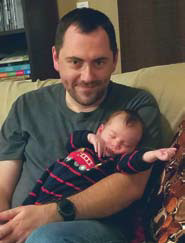 6. Speak up when you hear disrespectful comments. When raising a child, it’s not only you in the picture. Other family members and people who interact with your son also have a large influence. If grandparents, cousins, or family friends say something problematic, be sure to speak up in that moment and have a conversation about your values (for example, you could say, “We believe it’s important to treat everyone with respect”). One of the most startling findings from Plan’s survey is that almost half of adolescent boys hear their fathers or male family members make inappropriate jokes and comments about women. This is a reminder that boys are hearing a lot of messages at home that could be giving them the wrong impression about what it means to “be a man.” Help to actively counter that narrative.

7. Identify positive role models. Identify role models in the family, the community, the media, or entertainment who model positive, healthy, respectful ways to be a boy and a man. This could be someone who stays at home to support a female partner at work, someone who sticks up for his daughter’s right to be whomever she wants to be, who has vulnerable, open conversations with his friends and family. Use these role models as a springboard for discussions about healthy masculinity and expressing the full range of emotions.

8. Talk the talk. Help boys feel supported and that they won’t be judged for asking you their questions or sharing their concerns. Say, “I love you. You can always talk to me, even when you’re upset, hurt, or confused.” Make sure to stay away from language that can discourage boys’ healthy emotions, such as “boys don’t cry.” Encourage boys to connect and empathize with others, to consider the consequences of their actions, to build healthy relationships, and to express their emotions in healthy ways, rather than ignoring or repressing them. Promundo’s The Man Box research finds that most young men in the U.S. are more likely to report providing emotional support to others than they are to report being emotionally vulnerable or seeking help themselves. When they do ask for help from their parents, many more go to their mothers (25 percent) than their fathers (7 percent). As a parent, make sure you’re keeping lines of communication open.

9. Walk the walk. Challenge your own perceptions of gender roles, and model the behaviors you want to encourage. If you feel that boys really should or shouldn’t do a certain thing because they are a boy, ask yourself why. The best way to show your son how to grow up to be a respectful, healthy, connected person is to model those qualities yourself, and in how you relate to others, including the child’s other parent. Promundo’s research from more than 30 countries found that if children see their parents sharing care work more equally—and particularly if boys see their fathers doing their full share—they tend to do the same as adults. Actions speak louder than words. Countering current stereotypes and longstanding cultural notions of what it means to be a boy or how girls should behave will take concerted effort, not just from individual families but within schools, corporate boardrooms, government institutions, and the media. Having these conversations—and reinforcing them consistently, and with actions—can be a crucial first step.

Bernice Morquette is senior media manager at Plan International USA. She can be reached at Bernice.Morquette@planusa.org.

Alexa Hassink, Promundo-US director of communications, is an occasional contributor to Voice Male. a.hassink@promundoglobal. org. To read the report online, go to: https://promundoglobal.org/resources/9-tips-forparents-raising-sons-to-embrace-healthy-positive-masculinity.

Plan International USA is an independent development andhumanitarian organization that advances children’s rights andequality for girls. Plan believes in the power and potential ofevery child. Working together with children, young people,supporters, and partners, Plan strives for a just world, tacklingthe root causes of the challenges facing girls and all vulnerablechildren. For more information, please visit PlanUSA.org.

Promundo is a global leader in promoting gender equality andpreventing violence by engaging men and boys in partnershipwith women and girls. It works with men and boys to transformharmful gender norms and unequal power dynamics asa critical part of the solution to achieve gender equality. Since1997, Promundo’s initiatives—in collaboration with partners inmore than 45 countries—have reached nearly 10 million peoplethrough programs and training, campaigns and communityengagement. For more information, visit promundoglobal.org. 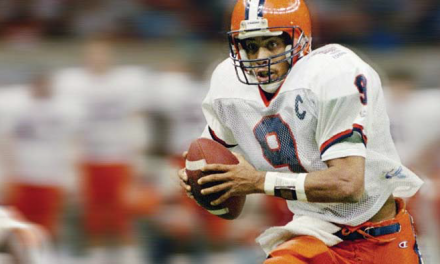 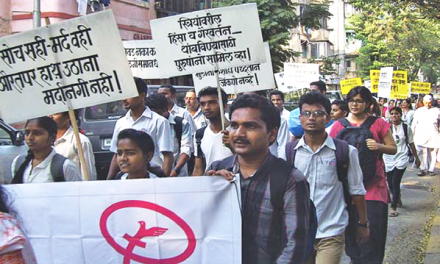