There’s something happening here
What it is ain’t exactly clear
There’s a man with a gun over there
Telling me I got to beware
I think it’s time we stop, children, what’s that sound
Everybody look what’s going down
—Stephen Stills, “For What It’s Worth”

Is the U.S. population so psychically numb that news of another “school shooting” barely registers? The day before the first anniversary of the gut-wrenching Newtown massacre, an 18 year-old male shot another student and then killed himself as a sheriff’s deputy closed in on him, foiling his plans to use a backpack full of weapons and ammunition on students and staff at a Colorado high school.

I was already on edge about last year’s Connecticut tragedy when the Friday the 13th shooting happened. I found myself teetering back and forth between sadness and anger. Sadness that 20 six and seven year-olds were murdered last December 14, along with a half-dozen Sandy Hook Elementary School educators, and anger that public officials and most of the media still largely ignore the missing link in this tragedy—the gender of the shooter. As if to underscore that truth, along came Karl Pierson, the assailant at Arapahoe High School in Centennial, Colorado. If ever there was a time to reframe the narrative from “school shootings” and guns to troubled men and young men it is now.

Don’t get me wrong. It’s urgent we implement gun control legislation and increase mental health services. Indeed, it’s no accident that earlier this year in the wake of Newtown and the Aurora murders in July of 2012 that Colorado and Connecticut passed new gun laws, doing an end run around the National Rifle Association and their minions in Congress. Kudos, too, to Vice president Biden for shepherding $100 million in additional money for mental wellness programs. Still, like a two-legged stool, those efforts can’t stand up to this type of chronic violence if we don’t acknowledge a third leg: male socialization—how we raise boys and how we think about men. Last week Karl Pierson made the case again. 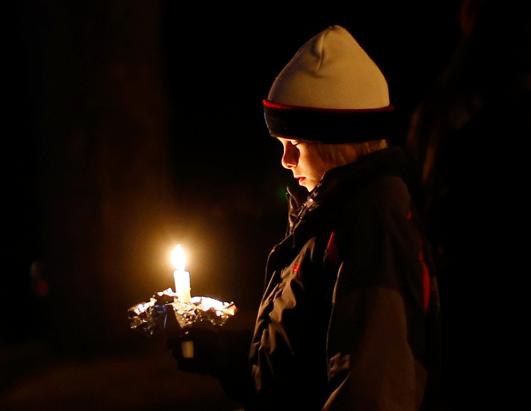 The old notion that “boys will be boys” cannot explain away the common mass violence we witness across the country. In the year since Newtown think about what else has happened—the Boston Marathon bombing; the shootings at the Washington Navy Shipyard; a murderous rampage in New York’s Mohawk Valley; the killings at Los Angeles International Airport, to name just a few.  It’s been 15 years since two male students murdered 12 classmates and a teacher at Columbine High School (eight miles from Centennial)—initiating a decade and half bloody shooting spree across the nation. There’s no end in sight. Of the approximately one hundred mass shootings that have taken place since 1998, all but one killer was male.

The men and boys who commit suicide after murdering innocents are suffering from more than personal pain; they are the harbingers of all that is out of alignment with traditional masculinity. If we want to reduce mass murders, we need to reexamine on all levels how we are raising our boys and how we are relating to at risk men. We need to offer the men and boys in our lives the kind of love, guidance and help so many are crying out for. But we need to do more than act on the individual level.

There is an irrefutable relationship between men and guns, men and power, and men’s mental health. Now is the time for gun control advocates and mental health professionals to join with men modeling nonviolent manhood to form a new coalition to create not just a shift in thinking and awareness, but action that will save lives. It’s that attention to men and boys that’s been missing from the national conversation about mass shooting violence.

Beginning in the 1970s, a growing legion of men around the world were inspired by the courageous efforts of women who created the fields of domestic and sexual violence prevention. Following their example, we created men’s antiviolence organizations around the country and today have decades of experience working with women in programs designed to prevent domestic violence and rape; to coach fathers, and to assist sons on the journey to healthy manhood. Our movement is committed to redefining traditional ideas about manhood, especially those that equate violence with power.

As a society, we need to nurtures boys’ emotional lives and intelligence. President Obama should announce during his State of the Union address that he is directing the Department of Education to create public school curriculum that cultivates boys’ emotional wellbeing. Similarly, he could call on the Centers for Disease Control and Prevention to launch an annual “Men and Mental Health” campaign rooted within communities, schools and families.

In the days since Sandy Hook, gun control and mental health experts have had their say in Congressional hearing rooms, the opinion pages, and on the airwaves. Now it’s time to hear from the men and women articulating and promoting a new, healthier masculinity in America.

Rob Okun’s new book, Voice Male: The Untold Story of the Profeminist Men’s Movement will be published in January. Versions of this commentary appeared in newspapers in Arkansas, Massachusetts Missouri, Texas and Wisconsin, as well as in a number of online publications.