Protecting Our Children, Educating Ourselves 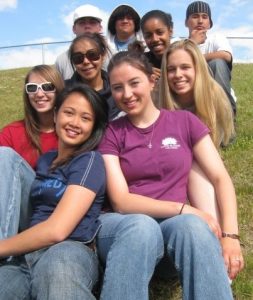 “Healthy masculinity means educating our sons not just to treat girls and women and boys and men with respect and kindness, but to never stay silent in the face of those who don’t.” (Image: Glyness Hernandez, via AYEA)

Penn State. The Boy Scouts. The Catholic Church. Each institution has seen its reputation sullied by sexual assaults—rapes—perpetuated by coaches, troop leaders, and priests—not faceless, nameless men in trench coats, but the man in line ahead of us at the bank. Our communities are no different.

Too, there is the horror of male students raping female students at Amherst College and a gang rape at the University of Massachusetts. While individual men committed the rapes, the institutions where they occurred bear responsibility for creating safe conditions for the young people in their care.

If that weren’t enough of a toxic stew, add the outrageous comments about rape of candidates for the United States senate in Indiana and Missouri.

Against this backdrop came “A Time to Tell,” three events October 25-27 that shined the bright light of awareness about protecting children from sexual predators. It was no accident they took place in Easthampton, Massachusetts. Until 2010, the town was headquarters of a valued performing arts center. But it closed when the former director was arrested, tried, and convicted of raping teenage girls he was said to be mentoring as an “acting coach.” Since then, a growing conversation has been underway addressing with renewed vigor how to protect our children, including educating them and the adults in their lives.

The rape of children is, understandably, not a subject a lot of people like to talk about. Yet, children and adolescents have become more comfortable talking about sexual abuse in recent years. It is adults who need to learn how to speak about the unspeakable with one another.

By the time Penn State’s disgraced assistant football coach Jerry Sandusky was sentenced last month to 30-60 years for raping 10 boys, society was awake; child sexual abuse was part of a national conversation. We’ve had to come to terms with the fact that men in whom we entrusted our children’s welfare had violated them in the most heinous ways—and that institutions from the Catholic Church and the Boy Scouts on down have to be held accountable for the dangerous environments they created.

The betrayals have spurred action. In western Massachusetts at the end of October, more than 100 people attended a performance of sexual abuse prevention activist-writer Donna Jenson’s riveting one-woman play, What She Knows: One Woman’s Journey from Incest to Joy  (www.timetotell.org). It vividly recounts her story of being repeatedly raped by her father between the ages of eight and 12 with raw honesty, flashes of humor, and a fierce commitment to healing. (Master guitarist John Sheldon who toured with Van Morrison at 17 and whose songs James Taylor has recorded, wrote and performs an original score.) Over the next two days organizers held a workshop for theater staff on ways to prevent sexual abuse and a writing workshop to address feelings that emerged after seeing the play.

Too many of us play innocent bystander when it comes to addressing sexual violence. We don’t like to give a face to a hypothetical 19 year-old UMass sophomore or 21 year-old Amherst College senior—young men from “good” families—raping 18 or 20 year-old female students. So we keep our distance. News anchors reporting “A rape occurred on campus yesterday…” is an antiseptic way of  describing a violent violation, one devoid of actors. It maintains a societal veil of collective ignorance. We keep the perpetrator invisible, too, because we’re afraid he may be our neighbor. (It’s true males are sometimes survivors of sexual assault by women, but all credible studies have shown men are the overwhelming majority of perpetrators.)

Providing services for women who have been raped is essential. So is holding perpetrators accountable for their crimes. Still, we need to take a closer look at masculinity, from what we tell little boys to what we tell young men. Even as we must remember to acknowledge that most men do not rape, for too long a silent majority has stood mute rather than condemn the minority who do.  It’s imperative we redefine masculinity—challenging the parts that emphasize isolation and emotional rigidity, and championing those that promote greater connection and emotional expressiveness.

Recently, I attended a summit on “healthy masculinity” in Washington where we wrestled with ways of understanding that term. In light of the rapes and abuse happening on campuses, in major institutions—and the shocking comments of male candidates for the U.S. senate—here’s a working definition to consider: healthy masculinity means educating our sons not just to treat girls and women and boys and men with respect and kindness, but to never stay silent in the face of those who don’t.

In the end, though, rape is not a men’s issue, a women’s issue, or a children’s issue—it’s a community issue. The sooner we recognize that fact the sooner more of us will collaborate to stop the violence. What are we waiting for?