MASCULINITY IS A SPECTRUM: After noticing that there were no movements showing the diversity of male bodies, Manual.com, a UK site focusing on male wellbeing, created one. While male models have never been as sexualized as their female counterparts, their physique is always more or less identical.

In recent years, more and more men say they are feeling ashamed of their appearance. This “body dissatisfaction” isn’t something just affecting young men either—it’s reported extensively across a range of age groups. And, it’s harmful; research shows it can lead to depression, steroid abuse and even suicide.

More commonly, though, it coincides with punishing gym routines, overly strict dieting, and repetitive anxious thoughts—all of which can add up to a severe impact on daily functioning. Indeed, this pressure for men to look “perfect” is one of the reasons why there’s been a rise in the number of men using makeup. (See theconversation.com/why-more-men-are-wearing-makeup-thanever-before-88347.)

I have spent eight years researching male body dissatisfaction. For my Ph.D., I carried out focus groups with male university students, to explore the relationship between their appearance and their well being. Men in the groups told me that, for them, body dissatisfaction meant spending money on clothes they would never wear. They felt too self-conscious of their bodies and that certain clothing exacerbated “problem areas.” They even spoke about not wanting to have sex as they felt ashamed about how they looked naked. For some men, their body dissatisfaction had also led to avoiding activities they used to enjoy. One participant explained, “I used to be on a swimming team and now I don’t dare go into the pool.”

For these men, effective support is needed to combat male body dissatisfaction, but it’s seriously hard to find. For example, just 3 percent of studies published in a leading international eating disorders journal actually attempted to prevent eating disorders. Similarly, there aren’t many existing programs to reduce male body dissatisfaction. And the ones that do exist tend to have limited benefits. This is in part because such programs tend to either blame the individual or blame other people.

These programs assume that if a man can change his behavior or his thinking and stop “internalizing” appearance pressures— and consuming appearance focused media, such as magazines and social media posts—then his body dissatisfaction should reduce. But as Harvard University professor Bryn Austin writes, this “limited” and even “unethical” assumption places “the burden solely on individuals while leaving toxic environments and societal bad actors unchallenged.”

There is also a tendency to blame women for male body dissatisfaction. (See glenjankowski.files.wordpress.com/2019/06/jankowski2019.pdf.) Mothers are chastised for callously modeling unhealthy food behaviors to their children. Women generally are blamed for holding men to appearance standards they themselves could not meet, a dubious assessment at best. But not only is this unfair to women—who have to deal with their own severe body dissatisfaction and bear stricter, more frequent appearance pressures than men—but it’s also unfair to men, as it ignores the real cause.

It’s unsurprising men are feeling this way given that my research has shown how most images in popular magazines, dating and (of course) pornography websites are of muscular, lean young men— who pretty much always have a full head of hair. So anyone who doesn’t fit this notion of “attractiveness” is going to feel like they’re not good enough (eprints.leedsbeckett.ac.uk/3002/).

Men are now feeling dissatisfied not only with their muscles, but also with their hairline, wrinkles and body fat—and a heavy cultural and commercial promotion of unrealistic appearance standards is to blame. One of the most compelling examples of this phenomenon is the way toy manufacturers have added muscle and reduced the body fat of successive editions of action dolls over the years, including GI Joe.

There has also been a rise in the marketing of protein shakes, cosmetic surgery, waxing products, makeup and cellulite creams, all aimed directly at men. Psychotherapist and writer Susie Orbach has written extensively about why people feel dissatisfied with their physical appearance. She has described how “businesses mine our bodies for profits.” Or, in other words, they promote appearance insecurity to sell products. It is this fact that must be tackled if both men’s and women’s body dissatisfaction is to be reduced.

Glen Jankowski is a senior lecturer in critical and social psychology in the School of Social Sciences, Leeds Beckett University in the UK. In addition to body image, his research interests focus on challenging racism and enhancing curriculum diversity. A version of this article first appeared in The Conversation (theconversation. com/six-packs-and-bulging-biceps-how-appearance- pressures-take-their-toll-on-mens-mentalhealth-120115). 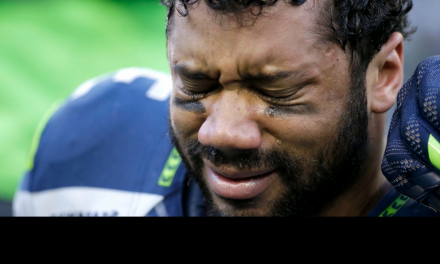 The Tracks of My Tears: One man’s quest to have male crying be socially acceptable 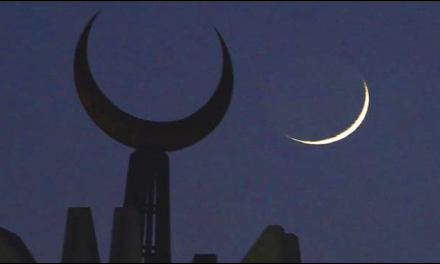