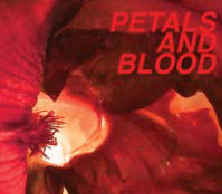 “It is not unusual to find oneself drenched to the bone while walking in the early morning mists of Waipio Valley in Hawai‘i or the Ofafa Valley in Africa,” writes Gavin Harrison. “For me the adventure of Awakening has been mostly like that—a gradual soaking, with intermittent bolts of clarity, just like lightning piercing the depths of an African thunderstorm.”

Harrison is the author of In the Lap of the Buddha and recently published a new book, Petals and Blood: Stories, Dharma & Poems of Ecstasy, Awakening & Annihilation where the poems below first appeared. For Harrison, “Awakening is a death in life, and a returning. Gone is the illusion of who and what I previously thought myself to be. The significance of the dream world I cherished has evaporated. Today I know that I am limitlessly larger than the smallness I once lived. At last I have returned to the innocence of my magical garden, seasoned and aged by the passage of time.”

A long time supporter and friend of the Men’s Resource Center (MRC), where Voice Male began as a newsletter in 1983, Gavin was a recipient of the MRC’s “Challenge for Change Award” in 1998 when he lived in western Massachusetts.

Gavin Harrison is the author of In the Lap of the Buddha (Shambhala Publications) and a recipient of the Unsung Heroes of Compassion Award presented by H. H. the Dalai Lama for “kindness and quiet dedication to others.” Born in South Africa, he lives on the Big Island of Hawai‘i. He is a USA fundraiser for the Woza Moya Project supporting AIDS orphans in KwaZulu, South Africa.
Proceeds from the sale of Petals and Blood benefit the Woza Moya Project, (funding through gavinharrison.net), and Group of Hope, a prisoner-initiated program for orphaned children in South Africa (groupofhope.co.za and mothersforall.org). Learn more about Harrison’s work at gavinharrison.net and petalsandblood.com.