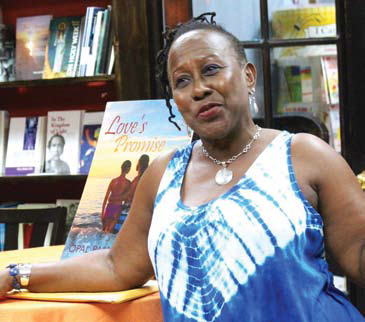 Gender activists in Jamaica are hoping that the call for a more than a monthlong withdrawal of sexual privileges in romantic relationships will raise awareness about violence against women and enlist male muscle in the fight for respect.

Reacting to a wave of spousal violence on the Caribbean island, “the fire of fury” was ignited by Trinidad and Tobago writer and gender advocate Nazma Muller. She took to her social media page to urge women to organize a sex strike to put the cause of women’s rights on the front burner. She had proposed that the sex strike be imposed until International Women’s Day on March 8.

Speaking to The Gleaner newspaper in Kingston at the end of January, Muller urged Caribbean women to protest the ideology that women were property. Men will “never miss the water till the well runs dry,” she noted in promoting the sex strike. “They will begin to value us and our capacity to produce life if we doh’ let off none. Lock shop and reflect on what this thing is doing to us and to the future,” Muller said. “I am saying to my sisters across the Caribbean, let us really consider and appreciate this thing we have and the case of how it is used. We really have to take back our p*****p***** and put value on it.”

Since the start of 2020, there have been at least four cases of fatal domestic violence against women in Trinidad; between November 2018 and December 2019, 20 women were murdered by their partners. As a result, the Trinidad and Tobago Police Service recently launched a gender-based violence unit to address reports of domestic and intimate-partner violence, and sexual assault, among other gender-based crimes.

Professor Opal Palmer Adisa, university director of the Institute for Gender and Development Studies at the University of the West Indies said she would strongly advocate for Jamaican women to also “lock shop” in protest of gender-based violence there. Acknowledging that women have used sexual power for personal benefit and sway in their relationships for ages, Palmer Adisa said it was time for women to collectively challenge patriarchal values of entitlement.

“Jamaica definitely needs a [sex] strike. I think that women have more power than they exercise. If women were so organized and all women took this on as their issue and we say nothing, nobody getting anything—including those who are ‘behaving themselves’—then that would have some impact,” Palmer Adisa said.

The advocacy comes amid national outrage over a slew of murders of women. Palmer Adisa fears, however, that because many women will not feel sufficiently empowered to engage in a strike of this nature, which would require mass participation, the desired result might not be achieved.

Gender activist Nadeen Spence shared a similar sentiment of caution. Spence said that even though women have used a sex strike in seeking to end civil war, she did not believe the strategy would be successful in Jamaica because some women would cast blame on other women.

The advocacy to which she referred was the sex strike organized in the West African state of Liberia in 2003 by Leymah Gbowee, ending 14 years of civil war. Gbowee was later awarded the Nobel Peace Prize.

Palmer Adisa believes that one way of achieving a paradigm shift in Jamaican culture and relationships is to recruit men as loud voices in the fight against patriarchal violence. “Men have to be our allies and they have to speak to other men, their brothers, men on the street they see are disrespecting women, so that becomes their responsibility.”

Danae Hyman is a reporter for The Gleaner newspaper in Kingston, Jamaica, where a version of this article first appeared. She can be reached at danae.hyman@gleanerjm.com.

The call for a sex strike in the Caribbean was inspired by the play Lysistrata, a biting social commentary comedy written by Aristophanes. First performed in Athens in 411 BC, the play follows Lysistrata, an Athenian householder with a radical idea for how to end the Peloponnesian War: all heterosexual women would refuse to have sex with men until they laid down their arms of war and came home and lay with their wives in peace. Meant to force both sides to the negotiating table, the play was notable as an early critique of sexual relations in a male-dominated society. Productions of Lysistrata continue to be staged in various countries. 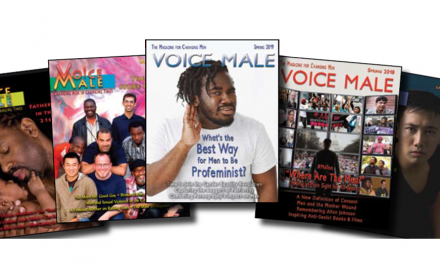