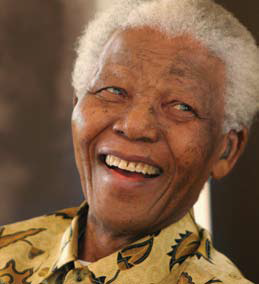 In these times of widespread violence perpetrated by men, we may learn from Nelson Mandela’s model of masculinity.

The main biographies of Nelson Mandela do not consider him as a gendered subject. Yet Mandela’s evolving masculinity shows the type of man he represented.

He changed a lot over the years—he changed as a man and as a human being. His identity as a man cannot be reduced to one single, enduring quality.

Men have always dominated the African National Congress (ANC) at a formal political level. The discourse of the organization has reflected masculine idioms. Mandela was part of the rebellious youth league tradition, which attacked the ANC leadership at the time while embracing the same masculinist imagery of overcoming the “emasculation” of African men and “recovering manhood.”

Mandela came to embody a heroic, martial tradition in the underground and military activities of the ANC, an image he shared later with younger people such as Chris Hani, the South African Communist Party leader and fierce opponent of the apartheid government who was assassinated in 1993. This fighting image is foreshadowed in the notion of Mandela being a boxer, a role with wide township appeal, in some ways akin to the admiration shown the tsotsis (youth gangs). And Mandela was a flashy dresser, like those tsotsis and the musicians of the 1950s.

At one of his most heroic moments, as he faced the possibility of the death sentence, Mandela directly related the willingness to die to his manhood: “If I must die, let me declare for all to know that I will meet my fate like a man.” What did he mean?

We can’t take the use of “man” here only literally. In the context of apartheid subjugation, which made “boys” of men, such a reference to manhood is also a statement of personhood, of someone with dignity and agency otherwise denied by the white rulers, who saw Africans as children in relation to “adult” whites. Mandela acted out what has been called a “heroic masculine project.” This refers to men leaving home to embark on courageous deeds, leaving their womenfolk behind to care for the children and undertake domestic tasks.

At the same time, however, his then-wife, Nomzamo Winnie Mandela—along with many other women —refused to conform to the conventional image of the wife waving her husband goodbye. Whatever the ambivalences and controversy attached to her activities, she carved out an independent political identity both underground and publicly. Mandela could not have fulfilled a conventional protective role because he was incarcerated from the early 1960s. He told his biographer Anthony Sampson, “It is not a nice feeling for a man to see his family struggling, without security, without the dignity of the head of the family around.” This statement reflects what the scholar John Iliffe claims are near-universal concepts of honor and manliness, demanding the “capacity to sustain and defend a household, to maintain personal autonomy, to avenge insult or violence.”

But Mandela’s notion of manhood changed over time. In the early days, he evoked the image of toughness to deal with an enemy that would not respond to reason. When it became possible to secure peace through negotiation, Mandela adapted. After his release his image was one of warmth and inclusiveness, embracing those who feared majority rule, including even his former enemies.

When Mandela danced along with others at political rallies, they were toyi-toying (a Southern African dance originally from Zimbabwe, performed by Zimbabwe People’s Revolutionary Army [ZIPRA] forces and long used in political protests in South Africa). Mandela’s shuffle-dance carried a very gentle, affable meaning. It is a dance that was initially performed mainly by men, by soldiers, and its words are aggressive, directed at the apartheid regime, with repeated reference to hitting and killing.

Mandela refashioned the imagery of such a dance, especially during his presidency. It evoked someone with whom you could feel safe and affirmed. The imagery was anti-militaristic.

Compare this with the way the dance and the songs of the freedom struggle were deployed by South African president Jacob Zuma, notably in the context of his rape trial. He revived the song “uMshini wam” (“Bring Me My Machine Gun”), which is obviously both militaristic and evocative of phallic imagery. In contrast to Mandela’s toyi-toyi, Zuma was advancing a discourse that created a sense of danger and projected a figure to be feared. One of its damaging undertones was directed at women, especially those who supported the rape complainant; he did not want them to have reason to feel safe.

Mandela’s qualities as a man, though, need to be studied carefully for our society’s benefit. In the first place, he demonstrated a willingness to learn and to change over time. His was a continuously evolving masculinity. There was nothing macho about the mature Mandela; we need to reflect on this truth and impress upon the youth that there is no value in trying to instill fear in others, and that courage is compatible with tenderness.

Raymond Suttner worked with Nelson Mandela after his release from prison in 1990. He was in the leadership of the ANC, the South African Communist Party and the United Democratic Front. More recently he was a professor attached to Rhodes University and Unisa. A version of this article appeared in the Globe and Mail. 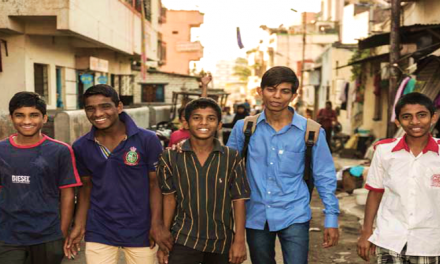