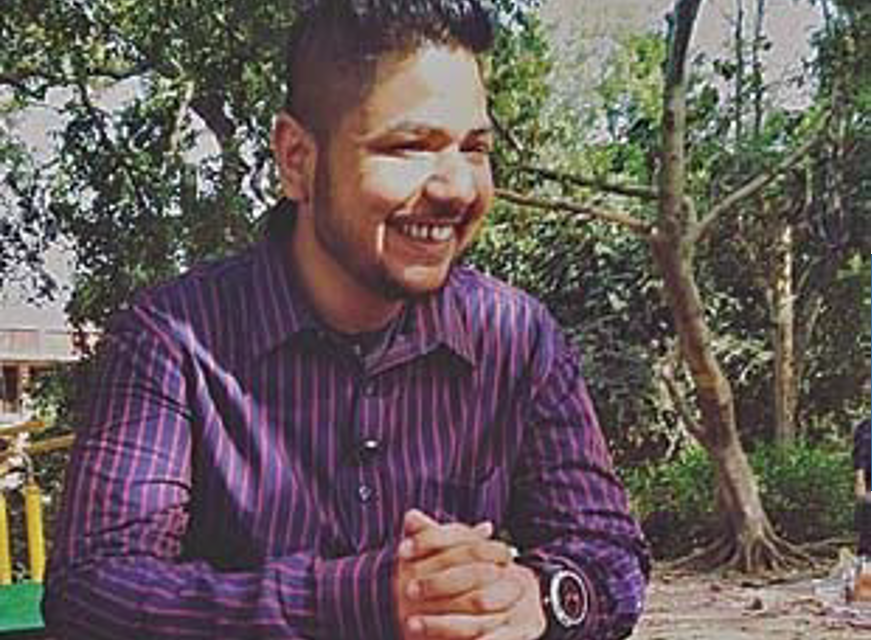 Being a transgender male from childhood I always desired to be a man. However, I was born in a female body. I used to observe cisgender male bodies and would compare my body to theirs. Such comparisons are mostly inevitable, I suppose. I have constantly compared my body to cisgender men’s—their beards, their muscles, height, hands, everything. These comparisons often increased my vulnerability and made me more insecure about my body.

When I started my transition in 2017, the comparison took a different turn. I began to look like a cis man and I also seemed younger than my actual age. People didn’t believe I was older. I wanted to look like my age and have the body of a cis man of my age.

Last winter I had a bilateral mastectomy—top surgery—which entailed removing my breasts and shaping a male-contoured chest. I opted for this surgery without any proper counseling and was expecting miracles. There were many things that I’ve realized since my surgery. When trans people start our medical transition, we are crossing a gender binary in many cases without properly understanding how things are going to be—that we can never go back to fitting into the binaries again.

Society’s Pressure on Trans People to Conform to the Binary

As I did not have any proper counseling, I was not prepared for what was to come. Society generally approves of only two forms of bodies—cis female and cis male. Only these binary bodies are considered acceptable. That puts tremendous pressure on trans people to conform. Because of this pressure trans people often feel stuck; we may forget to examine our dysphoria, essential to helping know what sort of transition—social, medical, or legal—we desire, including if we desire any sort of transition at all.

I have seen many trans people so pressured that they may opt for bottom surgery just for society, even when they feel dysphoric. I also had the same impression regarding our bodies. I had a cis female body before I opted for the top surgery. Now I don’t have breasts. Still, since I don’t have the body of a cis male, what is my body? It doesn’t conform to any sort of societal expectation of a so-called “normal” body. So what is it? My breasts had been a part of my body for nearly three decades. It is not that I miss them; still, it did take time for me to adjust to the fact that they were no longer part of my body. There were even moments of self-doubt when I used to wonder if I had made the right choice to opt for surgery.

Few talk about post-surgical depression and issues like sudden hair loss. Trans people need to be more aware of post-surgical depression and its manifestations, which can include trouble sleeping or excessive sleeping, anxiety and stress, feelings of despair and hopelessness, and poor appetite among others. If a trans person experiences these kinds of symptoms even two weeks after surgery, they shouldn’t hesitate to contact a mental health professional immediately. It is perfectly okay to feel this way. In my case, I was extremely anxious about my nipples and about recovery. At times I was so anxious I could not concentrate on anything and was unable to sleep for days. Also, I started having hair fall out from various parts of my body. Fortunately, those symptoms stopped after a month. This is why counseling about surgery is so important.

I’m Comfortable with My Body

Three months after my surgery I was able to say unequivocally that it was one of the best decisions I have made. I no longer feel that conscious of my body. Though I am still on the road to recovery, wearing vests and T-shirts became a liberating experience. My dysphoria levels have diminished significantly and I am more confident about my body. Now every time I look in a mirror, I see the guy I always felt I was on the inside.

Just like gender, our bodies are also on a spectrum. I used to believe in the societal construct that a man can only be a man if he has a cis male body. However, I am a man with a vagina who used to menstruate and has a beard and who can easily pass as cis male. I don’t wish to be like a cis man anymore; I am comfortable with my body. My body is trans and I am in love with it. This is my way of being a man.

Jamal Siddiqui is a Muslim who believes in queer feminism and maintains a blog about his transition. He recorded his transition on his YouTube channel. A version of this article appeared in Feminism in India (feminisminindia.com).