That was a key finding of a new survey that directed a wide-angle, comparative lens on the lives of men—as sons and husbands and fathers, at home and at work, in public and private life. The study of nearly 10,000 individuals discovered manhood in the region is at a crossroads. Will more men move toward gender equality or adhere to the more patriarchal views of their fathers? The survey participants were from Egypt, Lebanon, Morocco, and the Palestine Territories.

The International Men and Gender Equality Survey: Middle East and North Africa (IMAGES MENA) was launched in May in Beirut, Lebanon, at the conference “Masculinities in the Arab World.” It was conducted by our organizaton, Promundo, a global consortium working to advance gender equality, UN Women, and local research partners. It was the first multicountry study of its kind in the region.

The factors that influence men’s support for gender equality often come down to chance: personal histories, family influence, and life circumstances. However, in general, men with higher incomes, with higher education, whose mothers had more education, and whose fathers carried out traditionally feminine household tasks are more likely to hold gender-equitable attitudes.

Including the four countries in the Middle East–North Africa region, IMAGES has now been carried out in more than 30 countries. Until now, everywhere young men have been surveyed, they have shown more equitable views toward women—a greater acceptance of equality—than have older men. Worringly, these regional findings reveal that while young women are showing more supportive views towards equality than the older generation, younger men do not necessarily hold more equitable views than older men. Reasons could include a combination of political trends and fear about their economic future. The result is driving young men to revert to or uphold traditional views about men and women.

But not all men feel that way. “I was raised in a traditional rural household with a strict gendered division of labor. Gender equality was not part of my upbringing,” said a 30-year-old male schoolteacher in Ramallah. “Yet this has…changed in my current family, as myself and my wife have agreed from the beginning to form a more just and equitable family.” Another man, who is Syrian and living in Jounieh, Lebanon, said, “From when I was young, I was taught that a man is the one who is able to preserve his home, his wife, his children. This was his priority, and nothing else mattered.” 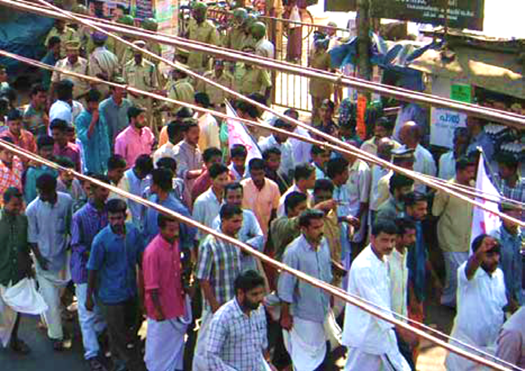 One-third to one-half of men in the four
countries reported being ashamed to face their
families because of lack of work or income.

The research also confirms notable pathways to equality can be found around involved fatherhood: In all four countries, men whose fathers had participated in traditionally feminine hous ehold work and caregiving, as well as men who were taught to do this work as children, were far more likely to report contributing in this way within their own marriages. Fathers who encouraged daughters to take on nontraditional professions or to work outside the home, or who allowed daughters to choose their husbands, seemed to contribute to the emergence of more empowered women.

The research also reveals tremendous stress in men’s lives, namely the challenge of finding paid work and fulfilling the traditional masculine role of a provider in times of economic uncertainty, particularly in those countries affected by conflict.

The effects of conflict and unemployment were frequently cited as reasons for, or aggravating factors in, men’s depressive symptoms. One-third to one-half of men in the four countries reported being ashamed to face their families because of lack of work or income.

As seen in this study and many others, men frequently dominate or control household decision-making, political and leadership spaces, and the daily lives of women and girls, while men themselves are also facing tremendous pressure to be providers in times of economic uncertainty, migration, fundamentalism, and conflict. The research affirms that some men are coping, and some men are buying into gender equality, but many are not. The region’s young women seem, understandably, frustrated at the slow progress toward equality.

“We are in a crisis when it comes to social change in Morocco,” a 20- something women’s rights activist from Rabat said. “We’re no longer anchored in tradition, but not in modernity either. […] We have not yet fully grasped that if we believe ourselves to be the same, equal, in everything, that this means a redistribution of [gender] roles.”

Despite the prevalence of traditional attitudes, the sizable minority of men in the region who support women’s economic, social, and political equality are a presence. Gender-equitable men in the Middle East or North Africa need not be imagined or wished for. They exist. It is a matter of encouraging others to join them, and to speak up and take action on behalf of gender equality.

The International Men and Gender Equality Survey (IMAGES), created by Promundo and the International Center for Research on Women (ICRW), is one of the most comprehensive studies ever on men’s practices and attitudes as they relate to gender norms, attitudes toward gender equality policies, household dynamics including caregiving and men’s involvement as fathers, intimate partner violence, health, and economic stress. To date, it has been implemented in or is in progress in more than 30 countries, and is part of a multiyear, multicountry effort to build the evidence base on gender equality; raise awareness among policymakers and program planners of the need to involve men in health, development, and gender equality issues; and integrate gender equality within public institutions and policies. To read the full report go to imagesmena.org/en/. For more on IMAGES go to http://promundoglobal.org/programs/international-men-and-gender-equality-survey-images/. When it comes to gender equality, where do young men in the Middle East and North Africa stand? Although traditional attitudes about gender equality still dominate, at least a quarter of men hold more open and equitable views, supporting various aspects of women’s economic, social, and political equality in the Middle East and North Africa.

Gary Barker, a frequent contributor to Voice Male, is president and CEO of Promundo. Cofounder of both MenCare, a global campaign to promote men’s involvement as equitable, nonviolent caregivers and MenEngage, a global alliance of nearly 700 NGOs and UN agencies working toward gender equality, he cocreated the International Men and Gender Equality Survey.

Alexa Hassink is senior communications and advocacy officer at Promundo. She leads the organization’s communications efforts, amplifying research and programming on masculinities and gender justice to inspire action and drive impact in personal opinion, community norms, and public policy. 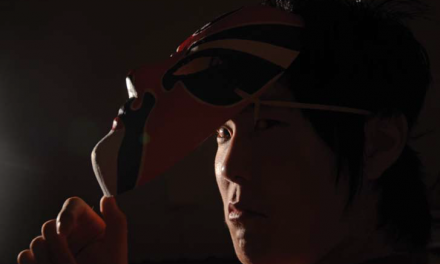 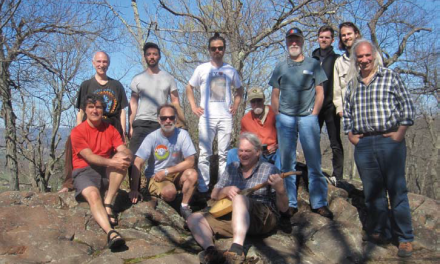