You know how in some movies there’s a scene with a split screen where two characters are shown simultaneously? An image like that came to mind not long ago when I heard in the same evening two distinct stories, one about men’s stubbornness and one about men’s tenderness.

Imagine on one side of the screen the captain of a U.S. Navy vessel standing in the ship’s radio room; on the other side, a man about his age, a spiritual seeker from the United States, visiting with children in a crowded Indian orphanage. Here are their stories:

More than a decade ago, the following radio exchange occurred between the captain of a U.S. ship and Canadian authorities off the coast of Newfoundland. The U.S. chief of naval operations released the transcript of the conversation.

Americans: Please divert your course 15 degrees to the north to avoid a collision.

Canadians: Recommend you divert your course 15 degrees to the south to avoid a collision.

Americans: This is the captain of a U.S. Navy ship. I say again, divert your course.

Canadians: No. I say again, you divert your course.

Americans: This is the aircraft carrier USS Lincoln, the second largest ship in the United States’ Atlantic Fleet. We are accompanied by three destroyers, three cruisers and numerous support vessels. I demand you change your course 15 degrees to the north. That’s one-five degrees to the north or countermeasures will be undertaken to ensure the safety of this ship.

Canadians: This is a lighthouse. Your call.

Imagine the relief, and then the laughter, that must have erupted among the crew 0f the USS Lincoln. How embarrassing—and funny—to discover that you were puffing up your chest to threaten a lighthouse! Upon learning the truth I can also imagine the captain feeling silly, stupid, exposed, vulnerable. Getting hotter under his starched collar by the minute.

How many men can relate to that feeling of humiliation? I know I can. Becoming the butt of a joke, even an innocent one, leaves a sting that can raise our hackles. We’re not “supposed” to feel betrayed; we’re “supposed” to be in control. Even though, deep down, we know it’s not always possible, or not necessarily in our best interest, to be so tightly wound.

As men become willing to struggle with our stubbornness—admitting we’ve made a mistake or a bad decision—we are accepting a rare gift. I know in my family—as a son, brother, father, husband—I have come up against my stubbornness on more than one occasion. That’s probably why I could so easily conjure up the image of the red-faced captain. I wonder: Would he ever be able to join in with the laughter? It is precisely there, in that place of taking responsibility for his actions, that his growth—and ours—as fully human men is most palpable, ready to burst forth. His is a story worth remembering.

Meanwhile, a world away, the other scene in the split-screen portrays the spiritual-seeking Westerner visiting an orphanage in Calcutta operated by Mother Teresa. Because cultural taboos strongly discourage men from working with very young children, there is a buzz of excitement as he enters the large common area. “Uncle! Uncle!” the orphans cry, hungry for contact with a man. He looks at them, hundreds of dark eyes glistening, and feels his heart stir. As he walks through a room nearly the size of a gymnasium, he sees dozens and dozens of children, and even a larger number of babies lined up in row after row of cribs. Now it’s his eyes that are glistening, soon accompanied by wet tears running down his cheeks. His heart beating fast, a thought comes to him: “I could spend my whole life in this room and my life would be fulfilled.” He walks over to the cribs and begins picking up the babies, one after another after another, holding them to his chest, cooing into their ears. He keeps this up for quite a while before it is time for him to reluctantly leave. As he does a quote from Mother Teresa comes to mind: “We cannot expect to do great things; we can only expect to do small things with great love.”

The navy captain and the spiritual seeker may seem so different from one another. Is there a bridge to connect their lives? Is there common ground upon which they—we—can meet? By paying attention to both men’s stubbornness and men’s tenderness we can see the arc of possibility men are capable of traveling. In a world where the U.S. commander-in-chief stubbornly refuses to ask for directions—as in “Can you show me the road that leads out of Iraq?”—we are thirsting for the voices of men who are humbly moving from stubbornness to tenderness. Synonyms for “nurturing” in the thesaurus I checked include feminine, female, gentle, tender, and womanly. As they should. But it’s time for men to demonstrate that they also should include masculine, male, and manly.

Time for a National Teach-in on Men and Masculinity 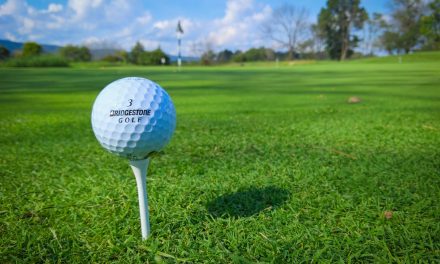 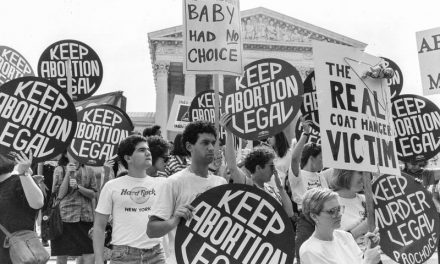