“So far, men have treated #MeToo like a bumbling dad in a detergent commercial: well-intentioned but floundering, as though they are not the experts.” So wrote Lindy West, the New York Times opinion writer, in a column not long ago. The author of Shrill: Notes from a Loud Woman, she frequently writes about feminism and social justice. Nevertheless, like many other commentators asking, “Where are the men?,” sadly, when she looked all she saw were “bumbling dads.” Sure, some are, although most aren’t.

Antisexist, profeminist men—academic, activist, some both—have been following women’s exhortation to challenge men’s violence against women since the 1970s. Elsewhere in these pages are a substantial number of resources—books, films, organizations, campaigns, as well as inspiring stories—that offer ample evidence that there is a gender justice men’s movement that believes in women’s equality and has been speaking out and working to prevent sexual and domestic violence for decades. The movement owes its existence to women’s activism in the 1960s and 1970s. Many of its veterans have been thinking about how men can respond in this pivotal moment. What follows are short essays sparked by #MeToo, written by four members of Voice Male’s national advisory board.

Men’s Responsibility to Women, Girls and Other Men

The #MeToo moment is demanding that men do more than just listen to—and believe—women’s stories of abuse and violation. We also have to break our complicit silence, and act.

When my colleagues and I first began doing gender violence prevention education workshops with male college athletes in the early 1990s, we would often hear them express frustration that they had been unfairly tarnished with the cultural stereotype that “jocks” don’t respect women. It’s a sentiment we still hear from male student-athletes.

What I would tell them is that they had a choice: They could hunker down in a defensive crouch and complain they weren’t being treated fairly. Or they could change the negative perception by standing up and speaking out about sexual assault and relationship abuse. They could use their considerable cultural capital with other men and with younger boys to help prevent the abuse from happening in the first place.

Many men today are faced with similar choices, and well beyond athletics. In recent months, a seemingly endless series of sexual harassment scandals have erupted in Hollywood, Silicon Valley, the military and corporate America. In addition, a growing roster of prominent men have been outed—if not formally charged—as sexual assault perpetrators, including the president of the United States.

In response to so many women’s raw testimony about the effects of this abuse in their lives, men who do not engage in abusive behaviors should ask themselves: Do I retreat to the shameful strategy of casting doubt on the veracity of the women’s claims? Do I resort to the embarrassing practice of protesting that #notallmen commit sexist violence, and thereby absolve myself of any responsibility to act? Or do those men choose to respond to women’s demand to be treated with respect and dignity with a renewed pledge of their own, to do whatever they can to identify and fight against sexism, both within themselves and when they see it endorsed by other men?

Fortunately, if they choose to become actively part of the solution, they will find a great deal of support—and not only from women, many of whom have been waiting a very long time for more men to take a stand to end men’s violence against women. When men who were previously silent make the decision to speak out and challenge and interrupt other men’s sexism, they will find that a lot of other men will cheer them on—even if not always in the moment, and not always in public.

We still have a lot of work to do to make antisexism normal and respectable among men. Adult men have a responsibility not only to women and girls to do this; we also have a responsibility to our sons and grandsons—all young men—and to our own sense of fairness, justice and basic human decency.

Jackson Katz is founder and president of MVP Strategies. A version of this article was published in the San Francisco Chronicle.

I recently heard the story of Yaa Asantewaa, the Queen Mother of the Ejisuhene who led a revolt against British rule of Ghana in the early 1900s after the king of the Asanti federation was captured and exiled. “If you men won’t stand up to the British, we women will,” she said as she led an army of 5,000 to fight the British before she was captured. Bravery, we are told, is a particularly male trait. Uh-huh.

The women who have led the way and responded by the tens of thousands to the #MeToo movement have shown us the very meaning of courage. But where have the brave men been all this time? Yes, there have been activists developing the antisexist, profeminist men’s movement for decades. Still, how many men have stayed on the sidelines, have known about the harassment, the exploitation, the assaults perpetrated by men in their midst without raising a peep? How many have been afraid to examine their own transgressions or to challenge those of male associates? Like the Queen Mother, the #MeToo women essentially are saying, “If you men won’t stand up to the harassers, we will!”

Many of us involved in challenging traditional notions of masculinity and working to prevent men’s violence against women have also bought into the notion of inherent gender traits, proposing that men should be more open to their “feminine side”—vulnerable, nurturing, feeling, compassionate.

Traits associated with gender are socially constructed myths designed to perpetuate power relations that serve the dominant gender, and they are often turned into deadly weapons. The “protection” of Southern white womanhood, for instance, was the war cry of the lynch mobs. And young men have been sent to slaughter in wars for centuries as a “rite of manhood.”

Enough with manhood! Let’s try humanhood for a change and see where it leads us—to liberation, freedom, equality, the beauty of honest relationships, the end of violence. It’s time to try.

A former member of the board of the Men’s Resource Center for Change, Tom Gardner is a professor of communications at Westfield University.

Men have long claimed to own, control, or have the right to exploit women’s reproductive power and sexuality. Those claims are deeply embedded in contemporary culture—so deeply that the resulting practices are routinely taken to be “just the way things are”—but the practices also are inconsistent with widely shared moral values of liberty, equality, and solidarity.

In short: Stop worrying about “how to be a man” and start struggling to be a decent human being.

Author of The End of Patriarchy: Radical Feminism for Men, Robert Jensen is a professor of journalism at the University of Texas at Austin.

Dissociation and the Journey to Wholeness

“Once upon a time there was a baby boy….” (Remember to tell the story from the beginning.) “And just like every baby that has ever been born, this little boy was born with one powerful desire—connection.”

Connection has always been at the heart of our work of understanding masculinity, ending men’s violence, and engaging men in gender equality, for me beginning with the founding of the Men’s Resource Connection in 1982 and the Making Connections Conference the following year.

“This baby boy knew that reaching for connection was good, and right, and healthy. He was not ashamed.” When we begin the story about the journey to manhood with the little boy’s natural desire for loving connection—the human birthright—there is hope.

The abusive distortions of manhood that dominate our social and political world overshadow the memory of connection. It becomes too painful to remember our humanness in the face of the legacies of violence received, witnessed and perpetrated. To avoid being overwhelmed by this pain, we forget our birthright of connection, aided by the drugs of privilege, power and control.

Watching now in horror as the forces of white male supremacy seize new levels of dominance and control in our government, it can be hard to remember the source of our humanness in the birthright of connection. Blatant abuses of individual and corporate power seem to deny our connectedness as interpersonal, institutional and cultural violence is normalized and celebrated by the regime of the current president. The specter of fascism once again spreads across the land.

And yet, as these ugly faces of white masculinity are elevated to the highest offices of our country, they are also being exposed in the shameful truth of abusive power and disconnectedness. Some are even being catapulted from their pinnacles of power.

We are at a tipping point. Are we witnessing a historic dismantling of democracy and the rise of a corporate oligarchy? Or are we witnessing the slow, painful and often violent dissolution of a patriarchy and white supremacy as we remember our birthright of connection?

How we begin the story makes a difference in what happens next. If we remember, there is hope. “Once upon a time there was a baby boy…”

A founder of the Men’s Resource Connection and Men’s Resources International, Steven Botkin is a senior trainer at MERGE for Equality. 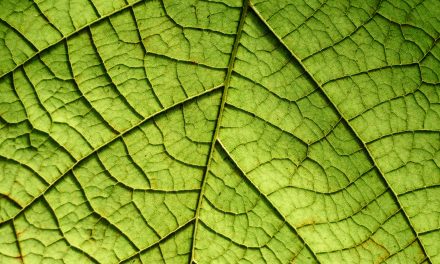