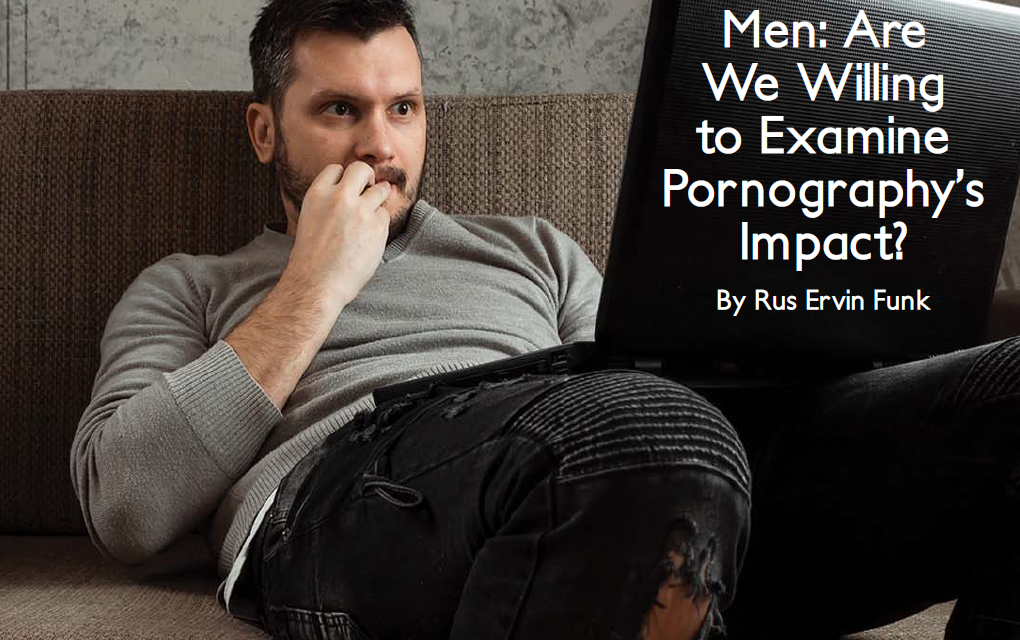 Men view pornography. Experience and evidence suggest that viewing pornography is almost a universally accepted practice by men. A majority of men view pornography, and most do so on a regular basis. Increasingly, adolescent boys are using on-line pornography as a way to supplement the sexuality education they are receiving at home and in school, as researchers Mary Crabbe and Michael Flood noted in a 2017 report on pornography’s influence on young people.

Because men rarely, if ever, pay attention to these embedded values and norms (and if they do don’t look at them critically), they are in effect internalizing values and norms about women, men and masculinity, sex and sexuality, racism, objectification, harm, and violence, among others, that if they were paying attention they would actually find deplorable.

I grew up in a “sex positive” household in the 1970s and ’80s in south Texas. My parents were sexuality educators and along with the first editions of Our Bodies Ourselves we had my dad’s Playboy and Penthouse magazines—all on our living room bookshelf. I grew up viewing pornography.

When I attended college in the mid-eighties and first became aware and educated about rape, domestic violence and other forms of gender-based violence, I was also exposed to a feminist critique of pornography. I was forced to reflect on my patterns of viewing pornography and the impact it had, as well as observing the pornography viewing patterns of the men in dorms I lived in. One of my reflections was how much my own flirting was based on sexualizing and objectifying the women I flirted with. As I started to better understand the harm that women experience as a result of men’s sexualized objectification, I realized I wanted to change how I flirted. But I had so deeply integrated what I had learned from viewing pornography (likely magnified by the absence of any other information about how to flirt) that I didn’t have any idea how to flirt without sexualizing or objectifying. I realized that I needed to take a hiatus from flirting and dating until I could get my mind right. (It is worth noting that as I started to figure out how to flirt without sexualizing or objectifying, I came to realize that I am attracted to people—sometimes female, sometimes male.)

What I saw from my male peers in college and since— coupled with what I have learned from men as I work to prevent all forms of gender-based violence—suggests that my experience is not unique.

These factors laid the foundation for creating a program for men to critically examine the impact of pornography. What’s Wrong with this Picture™ is designed to support and encourage men to seriously investigate the impact viewing pornography has on men. There are several aspects to the program, but the main feature is an eight-session curriculum with critical reflection at its core.

What’s Wrong with this Picture is not value neutral. It is informed by the wealth of data that demonstrates that viewing pornography is harmful to men and is detrimental to efforts to achieve gender equality and women’s human rights. The messages, norms and values inherent in pornography are irreconcilable with the messages, norms and values of gender equality and sexual liberation. Nevertheless, the program welcomes men into an environment that does not judge them for their experiences of viewing pornography.

What’s Wrong with this Picture supports men to examine the impact of viewing pornography by addressing among other topics:

By placing these depictions and experiences on a continuum of harm, participants observe the strong differences of opinion that exist among men. For many men, the exercise is their first experience considering these differences. Most men assume that since pornography use is normal, then their experience of viewing pornography is normal. Through the exercise, they are confronted with some men—their peers—who consider what they are doing to be harmful. They also are hearing directly from other men, resulting in their beginning to reconsider the level of harm that they are condoning or contributing to by the kinds of pornography they’re consuming. The last two sessions invite men to plan how they might become more active in efforts to prevent gender-based violence and/or promote gender equality.

Designed using an “emergent curriculum” model, What’s Wrong with this Picture was the first of several loosely outlined iterations. Early participants were invited to help design the curriculum, and as a result much of the content—including the way the program is presented and the activities described—was influenced by the men who participated. This philosophy is built into the curriculum now. Facilitators are encouraged to make the process as emergent as possible, allowing for a richness and depth in the group process that is often lacking in more traditional educational curriculum.

What’s Wrong with this Picture is the only curriculum currently available in the US designed to engage adult men in examining their use of pornography. It is part of a larger, more comprehensive project that continues to grow, with tools, resources and materials designed to help expose and explain the harm caused by viewing pornography. For example, some tools include campus resources for encouraging conversations with and among college students, materials for parents to use in talking with their sons, among other aids.

Not all men who go through this program are going to stop viewing pornography. But the vast majority will likely rethink how they use pornography and pay different kinds of attention to how it affects them. I wish I had had the opportunity to engage in a process like this with other men when I was struggling with my own pornography viewing. Rather than being—and feeling—isolated on my college campus, I would have found a community. 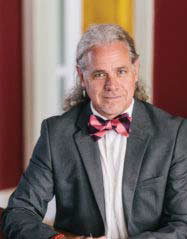 Rus Ervin Funk is a consultant and activist based in Louisville, Ky. He currently serves on the steering committee of North American MenEngage Network (namen.menengage.org), is secretary of the National Center on Domestic and Sexual Violence (www.ncdsv.org), and is a member of the board of the global MenEngage Alliance (menengage.org). To order a copy of the curriculum, go to rusfunk.me/shop. A version of the workbook is being developed to use with adolescent men. For more information, go to rusfunk.me/WWWTP. 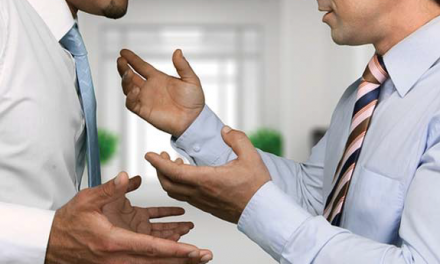 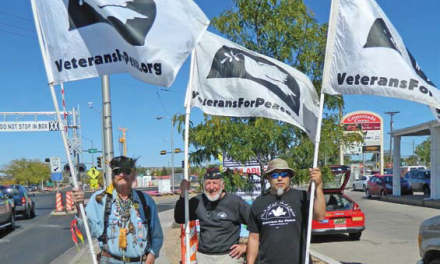 Vets for Peace: “Thank You for Your Service” 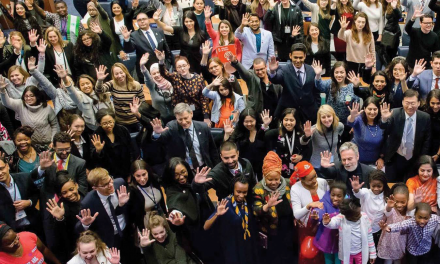