But sexual violence in particular does not affect women and girls alone. Although badly underreported, sexual violence against men and boys is increasingly recognized as pervasive. In peacetime Western societies, males still make up an estimated 5 to 10 percent of adult sexual assault victims, and an estimated 17 percent of boys have experienced childhood sexual abuse.

My research and advocacy, however, has particularly focused on male-directed sexual violence in high-conflict zones. In the last decade alone, sexual violence— including rape, sexual torture and mutilation, reproductive violence, sexual humiliation, forced incest and forced rape, and sexual enslavement—against men and boys has been reported in 26 conflicts across the world. Such violence is overwhelmingly (although not exclusively) perpetrated by men and occurs as torture, as part of initiation and integration into military and paramilitary forces, and as a strategy of war designed to terrify and demoralize populations and destroy family and community cohesion.

All male survivors of sexual violence, I have come to believe, have the potential to be natural allies in the global quest both to end violence against women and girls and to work for gender justice. Male survivors have shared the fear and pain; the confusion, shame and guilt; the depression and post-traumatic stress; and the silencing and social stigma faced by female survivors. They know sexual violence for what it is: not “uncontrollable lust,” but an exercise in power and humiliation.

Where is sexual violence against men and boys in conflict zones occurring? 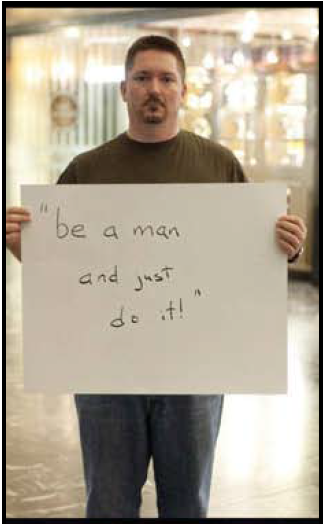 Particularly in conflict zones, male sexual violence survivors also have had a glimpse into the oppression women and girls experience—the consequences of deep narratives of heterosexual male dominance that underlie violence against women and girls around the globe. Most conflict-related sexual violence is a mechanism by which men are placed or kept in a position subordinate to other men.

As a consequence, males are often—in some conflicts, almost always—targeted for sexual violence precisely in order to destroy their masculine identity at the personal and at the social level. Attackers and survivors often make direct reference to sexual violence making males feel that they have been “turned into a woman”—the ultimate humiliation, personal and social, for many male survivors. “I’m laughed at… The people in my village say: ‘You’re no longer a man. Those men in the bush made you their wife,’” one male victim of sexual violence in the Democratic Republic of Congo (DRC) told a reporter. This helps to explain many male survivors’ framing of sexual violence against them as “torture,” rather than “rape.”

Attackers also will use their victims to attack the masculine identity of other men, for instance forcing men to rape women in front of their husbands. Meanwhile, forcing combatants to rape as an indoctrination exercise is one of the many ways in which aggressors attack nonviolent masculine identities. As one man in the DRC forced to rape a civilian under threat of being beaten to death told a medical examiner, “Even though I was a militia man, I had no desire to take a woman by force.” 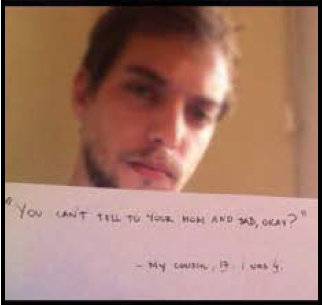 Male-directed sexual violence in conflicts is what was dubbed a moment of “fatal peril” for male-role authority. Men can respond to such attacks by trying to regain the male-role authoritarian image through greater violence and control, including against women and girls. But as my interviews at torture care centers worldwide have shown, they can also respond by regaining agency in more positive ways—by embracing narratives of masculinity that focus on gentle strength. Moving from personal strength to advocacy on behalf of others is a potential next step by which men may contribute to their own healing while at the same time freeing themselves from the ideology that has led to their own experience of violence—and for many (particularly those forced to rape), contributing to their own reintegration into their communities. 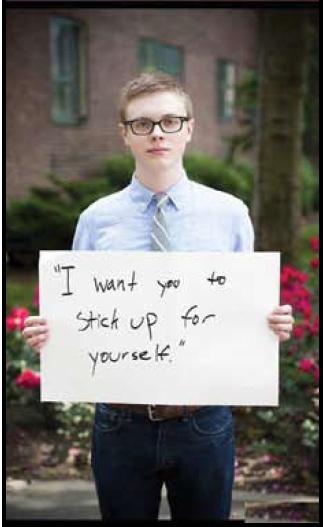 But are such notions realistic? To find out, I have started conversations with therapists, program directors, researchers and advocates working with and on behalf of male survivors—as well as a few generous and courageous survivors themselves— asking them for their thoughts on opportunities for engaging male survivors in the quest for gender justice. These conversations are at an early stage, but a few points have already emerged.

• While responding positively to the concept, the majority has noted that such engagement probably should be initiated outside the therapeutic process. Partnerships with profeminist organizations may therefore be the best way forward.

How common is sexual violence against men and boys in conflict zones?

Until recently, there has been little statistical nformation on levels of sexual violence against males during conflicts— largely because men nd boys are often reluctant to report such violence, but also due to a lack of awareness on the part of humanitarian workers and researchers. However, new studies on conflictrelated sexual violence paint a disturbing picture.

• In Liberia, 32.6 percent of a largescale study’s former male combatants had experienced sexual violence, mostly at the hands of soldiers or rebels.
• In the Democratic Republic of Congo (DRC), 23.6 percent of the men in the study had experienced sexual violence during their lives; 64.5 percent in the country’s civil wars. Meanwhile, surveys of male torture survivors, both from conflict zones and repressive states, have consistently shown high levels of sexual violence in detention, frequently well over 50 percent and, in some cases—Bosnia, for instance—more than 80 percent.

• In the absence of support for the male experience of sexual violence, male survivors may not be able or ready to reach out to supporting women/girls. Profeminist organizations should advocate for better programs and therapeutic options for male survivors, for expanded awareness, and campaigns to make it more acceptable for men to speak out. Additionally, better data collection is imperative.

Despite all these caveats, the longerterm prospects for engaging male survivors of sexual violence as allies in the quest for gender justice seem good. Organizations attempting to involve men in preventing violence against women have already found that encouraging men to discuss their own experiences of violence helps them understand the impact of women’s experiences of violence, and to renounce such violence. It remains to bring male survivors into this encouraging picture.

Wynne Russell is a longtime Australian policy researcher and social justice advocate on conflict-related sexual violence against men and boys. She was invited to present expanded findings from ideas discussed in this article at the MenEngage Global Symposium in New Delhi in November.