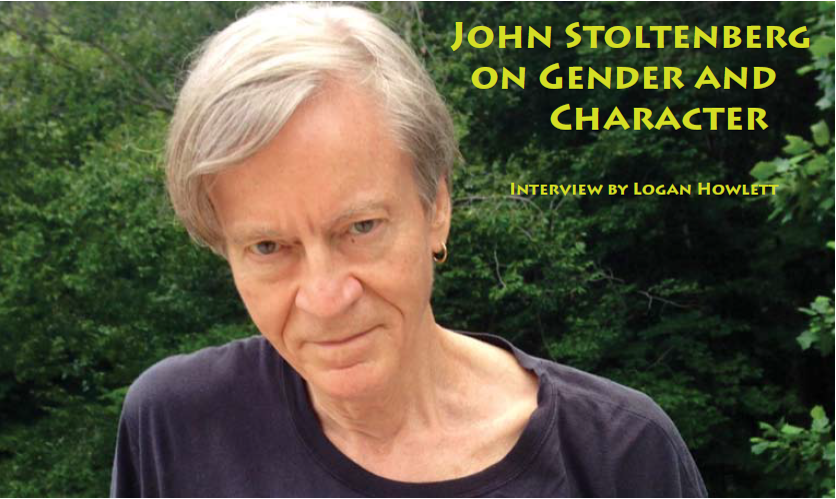 Logan Howlett, an editor and blogger for the website Disrupting Dinner Parties (http://disruptingdinnerparties.com), recently interviewed John Stoltenberg after reading Stoltenberg’s essay, “Why Talking About ‘Healthy Masculinity’ Is Like Talking About ‘Healthy Cancer’”(feministcurrent.com/7868/why-talking-about-healthy- masculinity-is-like-talking-bout-healthy-cancer/). Stoltenberg, who has explored the distinction between gender identity and moral identity in many essays, is author of Refusing to Be a Man: Essays on Sex and Justice and The End Manhood: Parables on Sex and Selfhood.

John Stoltenberg: The basic dilemma with the gender identity “real man” is that it’s a contested sense of self. It’s not an identity one can simply put on in the morning like clothing. It’s not something that auto-matically inhabits one’s body with, say, one’s first nocturnal emission. Instead it needs to be reiterated, asserted and proven, repetitively, over and against what it is not.

Put another way: Manhood is an identity construct based on threat-the threat of being perceived (by others and oneself) as less than a “real man.” That’s why to many men and masculine people, any critique of that identity framework will seem to be another threat.

There are really only two reasons people seek fundamental change in themselves. One is because they are inspired to aspire to become someone better, which promises some positive pleasure or outcome; and the other is because they experience desperation, some serious pain or distress about how they are now.

So the answer to your first question is pretty simple. If a man or masculine person doesn’t experience any distress or problem with the boundaries around his gender identity as it is, he’s not going to want or aspire to be free. And if you try telling him he could be a better human being and maybe have better relationships with others in his life if he lets go of those boundaries, well, he’s just going to feel you’re judging him and threatening his sense of personal security.

It all goes back to the fact that the gender identity manhood originates as contested, and it has to be reproven and redefended against the threat of seeming not a man—which can feel like nonexistence, like being less than nobody.

I’ve been dubious for many years about the effectiveness of “Real men don’t…” campaigns. They preach to the choir, whereas to the unconverted they’re nonsense. That’s because much of what men and masculine people do to prove and assert their gender identity as “real men” entails the very acts deplored in “Real men don’t…” campaigns. For instance: Rape has been called an act of power and control, not an act of sex. But I don’t think that’s what’s really going on. In my analysis,rape and other forms of sexual assault are sexual acts of gender identity reification. What’s driving the sexual urge for power and control is the need to experience himself as a real man. So since that’s why a man rapes in the first place, you can’t get anywhere by telling him that rape is not something that real men do. It doesn’t compute. As an effort to communicate persuasively, it’s going to fail.

Over several years I’ve been fine-tuning an original communications theory that I believe holds promise for speaking to men and masculine people in a way that could prompt aspirational personal change. I’ve outlined the theory in a simple-to-follow webinar, “Health Messaging to Boys and Young Men: Dos and Don’ts” (https://www.youtube.com/watch?v=6oryuF1dPaY). I began rethinking such communications young men when I conceived and creative-directed the “My Stregnth is not for hurting…” campaign (www.mystregnth.org) which models consent and respect behavior and illustrates its positive relational outcomes. Never does the campaign speak to young men. It speaks instead to young men’s capacity for moral decisionmaking. There’s a big difference.

JS: Wow, well, my personal anxiety about measuring up to “real manhood” goes back to early childhood. I’ve written about this a bit, including a short piece called “Why I Stopped Trying to Be a Real Man” (http://web.archive.org/web/20070402172337; feminista.com/archives/vln2/stoltenberg.html).

I always felt my body was wrong—meaning it was never “masculine” enough—and I always I felt I was in it wrong—meaning I never believed myself to be behaving like a real boy like other boys. I’m aware my phrasing here may seem to resemble other people’s experience of feeling they were born into the wrong body. But that did not happen to be my experience. I didn’t want a body more feminine; I wanted a body
more masculine.

Truth be told, I can’t ever remember feeling masculine, even though I’m aware that I’m socially perceived as a man and I move through life as a man. To this day I’ve not gotten over feeling there is more masculinity in other men and I am deficient. And since I recoil at the sorts of cockfights, competitions, and combat by which other masculine people get their infusion or fix of gender-identity surety, I’m happily resigned to be at peace not trying.

I know that doesn’t directly speak to your questions “What makes you masculine?” and “What makes you a man?” But honestly, inside my skull, inside the sensorium that seems my fundamental self, the answer is simply nothing. Nothing has ever convinced me that I’m just as masculine as other people who seem masculine.

LH: Much of the time, when we discuss masculinity (in feminist circles), we use loaded language. Aggressive masculinity is “bad” or “toxic,” chivalry is “wrong,” etc. Do you think this language is turning away men who might otherwise be willing to examine their masculinity? Do you think there’s value in designating certain masculine behaviors as negative?

JS: Well, the backlash in some quarters against feminist critiques of men’s behavior has become pretty intense. For instance, such language has become a flashpoint for retaliatory rage among so-called men’s rights advocates. Is the feminist language itself what’s impeding or obstructing what could be their self-interest in rethinking their to manhood “if only they saw the light”? I don’t think manhood works that way. I think these men’s adherence to manhood requires animus and opposition in order to exist and be experienced as authentic. And it’s way safer waging vitriolic combat against women than against other men. Incidentally there’s an important lesson here for profeminist
men. Attacking antifeminist men (out of righteousness, indignation, self-purifying anger, whatever) serves no purpose other than to provide yourself a cockfight with which to prove your own (allegedly higher-quality) manhood. Your denunciatory grandstanding may impress some women for a while as well—until they catch on to the game. But bottom line: The irate manhod-proving cockfight is neither a cogent nor persuasive communication. Unless you knock the other guy’s lights out. And that would be even dumber.

JS: I remember reading that piece and being really impressed by how amazingly you framed that question. You really asked what I would now say should be “everyman’s” question—meaning the question someone should ask whether they were assigned at birth to grow up male or whether they elected to live as a male sometime later on. So rather than thinking of your question as coming from some marginal, outlier, outsider position, I would encourage you to assume the truth, which is that your question is absolutely central to the conversation. And that also means: Don’t assume there are no others in what you call the masculine community who could not relate to your particular struggle, learn from it, and be inspired by it. Years ago, once I began to be publicly honest about feeling unfavorably compared to the greater masculinity in others, I began to realize I was not the only one. In fact I’ve never since met anyone raised to be a man who did not at some level share that secret fear. So what I thought was my problem being accepted—or welcomed as you wonderfully put it—was actually my problem being honest, open, and courageous. Did everyone want to hear what I said? Of course not. But as it turned out, enough people did that I soon realized I was not the anomaly I thought I was; I was just someone who tried to speak truthfully to those who could hear.

LH: What would masculinity look like to you in an ideal world? Would it be severed from sex organs? Would it be gentler? Would it be more expansive? Would it include a wider variety of men? Would it include the same number of men but be less disdainful of men who fall outside its limits? Dream big.
JS: Well, if my big dream could come true, the thing I would sever masculinity from is character. (I of course would wish the same for femininity.) This vision echoes Dr. King when he said, “I have a drea that my four little children will one day live in a nation where they will not be judged by the color of their skin, but by the content of their character.” None of us should be judged by the color of our skin or the gender of our bodies. Character and its corollary conscience comprise who we fundamentally are—to ourselves and to others—as evidenced by the choices we make and as embodied in the actions we take. No one is their race. No one is their sex. But attributions and aspersions on the basis of both race and sex have been foisted upon us as self-concept archetypes though they say nothing definitional about who we are.

I know that’s counterintuitive. But it’s what I have come to believe. Distinguishing character from gender styles, gender expressions, gender trappings, gender cultures, gender modalities, and such would be a huge breakthrough in human existence. Finally, “Do unto others as you would have them do unto you” (and the many iterations of that idea) would get to mean what it means. And finally everyone would be relieved of the obligation to act some scripted way because it’s the way a man (or a woman) is supposed to act; finally we would all be simply human. There would be no us-them, only I-Thou. There would be no gender boundaries to police or enforce. Sexuality would all be open source; the only border, one’s own body. I know that sounds woo-woo. But I believe it’s what our species needs. 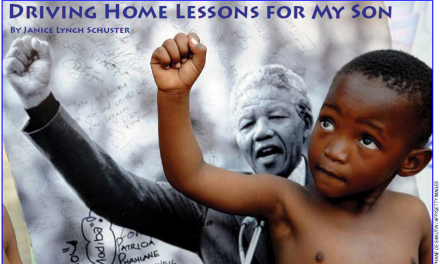