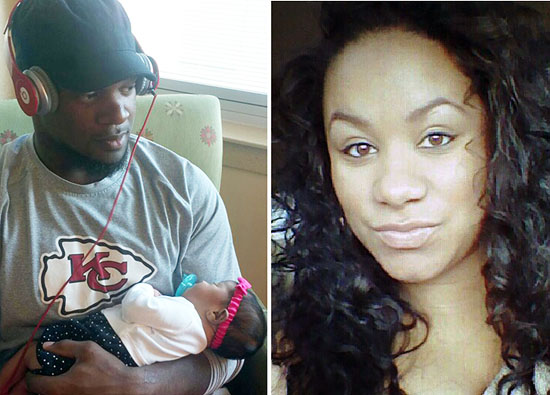 There are too many damn tragic anniversaries of men killing women. Pick any month and you’ll find them. Take December 6th— it was the 23rd anniversary of the Montréal Massacre. A man stormed into the city’s École Polytechnique on that date in 1989 and murdered 14 women and wounded 10 others. The mass-murderer who then killed himself, was Marc Lépine, 25—same age as Jovan Belcher, the Kansas City Chiefs linebacker who murdered his girlfriend and himself December 1st.

Most of us expressed horror at this latest tragedy, but distracted ourselves with cries of “Gun control now!” “Reform violent sports culture” or “Shame on the NFL.” (Kansas City decided to play its regularly scheduled—and highly lucrative—game the day after the murder-suicide.) The old adage, “Follow the money” comes to mind, but let’s put a bookmark there; I don’t want to get distracted, too.

Let’s stick with the facts: It was domestic violence. It was murder. Belcher killed his “beloved” Kasandra Perkins, 22 year-old mother of his three month-old daughter Zoey at their home and then drove to team headquarters and killed himself in front of his head coach, general manager, and other staff. Missing from the news accounts? It’s the masculinity, people.

In the aftermath of the murder-suicide, I can’t get the anti-mantra, “I’m mad as hell and I’m not going to take it anymore,” out of my head. That famous line from the classic film, Network, just won’t go away. Maybe that’s a good thing.  Maybe millions of us should open our windows and stick our heads out and yell it too, adding this additional phrase: “I’m mad as hell that we keep ignoring the shadow side of masculine culture and I’m not going to take it anymore.”

Just as it did after the mass killings last summer in Aurora, Colo., the media and elected officials have again failed to focus on the twin root causes: men’s mental health and how men are socialized. Memo to songwriters: how about a new anthem with some bite; It’s time to move beyond Monty Python and Two and a Half Men: “Men, men, men, men, men, men, men…”

Just as it was at Columbine in 1999 and Virginia Tech in 2007, and the Sikh temple outside Milwaukee last summer—and all the other “school/temple/cinema shootings”—it’s not about where the tragedies happened; it’s about who pulled the trigger. And, remember: it’s not about the vast majority of good men, even though far too many of us sit in silence in stadiums full of male bystanders. Still, by our inaction we allow wounded, at risk men to take center stage in an ongoing production of Macdeath.

That Belcher was part of Male Athletes Against Violence (MAAV), a peer education class at the University of Maine in 2007—while starting on the varsity football team—only makes the tragedy more poignant. What unhealed wounds were festering beneath the surface of his reputedly successful life? It’s natural that we saw in him a leader, a model for other athletes, and for other young adult men. Among the lessons we must learn from this tragedy is to dig deeper before anointing young men with the honorific of peacemaker.

For many years, I facilitated batterers’ intervention groups at an antiviolence men’s center and saw plenty of seemingly high-functioning men who were there because they acted abusively. Educating and encouraging men to unlearn 20, 30, or 40 years of male socialization in 20, 30, or 40 weeks is among the most challenging work I’ve ever done. It felt a lot of times like trying to climb Mt. Everest in shorts and sneakers.

For Jovan Belcher, being part of an antiviolence class should have only been the beginning of his education. Clearly, he needed much more help. And, as a society, we have to do much more. All the literature at campus information tables or community antiviolence rallies, all the pledges men sign, all the women’s groups we support, only scratch the surface.

We need a sustained, nationwide education campaign that begins in elementary school and continues through college.

For starters, how about middle school, high school, college and university administrators and faculty spend time over the holidays planning teach-ins to begin next semester. How about a New Year’s resolution that educators take the lead in promoting a violence-free diet?  How about a parallel effort among mental health professionals to begin a major study of male socialization? Hospitals need to restore the money they cut years ago from classes for expectant fathers. We can’t begin early enough.

We need an all out effort now, one that includes an array of allies: from gun control campaigns to sports broadcasters airing antiviolence commentaries. But none of it will matter if we don’t fundamentally redefine masculinity. Now. It’s late in the fourth quarter. We have no more time outs. The game is nearly over. Just one more thing. It’s not a game.