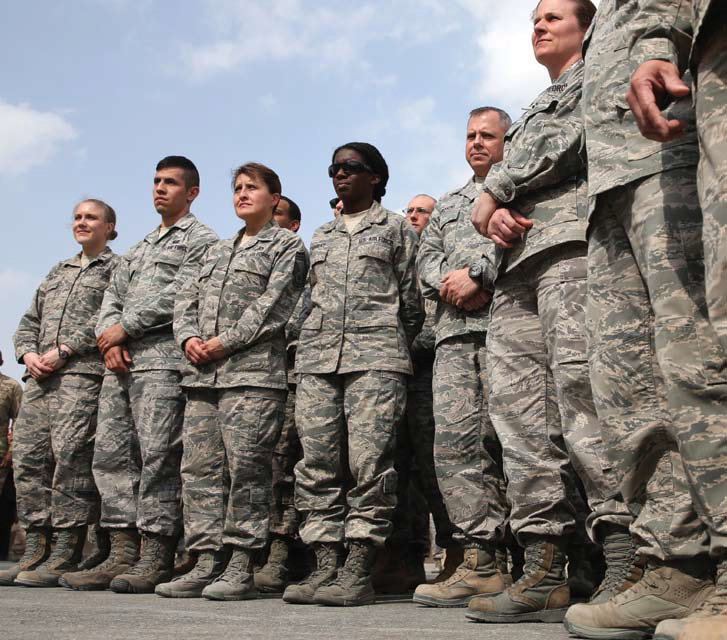 By Michael Flood and David Duriesmith

Men’s rights advocates (MRAs) complain that war is an important example of male disadvantage. They describe the higher rates of sex-selective conscription and the large numbers of deaths and injuries among male soldiers as a powerful example of how men are disadvantaged relative to women. This claim is flawed.

Yes, large numbers of men and boys are killed and injured in war. But they are sent to war largely by other men, in wars supported more by men than women, and where traditional masculinity has been central to justifications for war. It is men, not women, who have excluded women from joining men in military and combat roles. Feminist women and women’s movements have played key roles in challenging war and militarism. Finally, the overall impacts of war and conflict and their aftermath are greater for women than men.

Consider: Men and boys overwhelmingly are sent off to war by other men, not by women, particularly as the vast majority of heads of state, political leaders, and military leaders are male. While female heads of state have not been statistically less likely than male heads of state to go to war, societies that have had women’s suffrage for twice as long are almost five times more likely to resolve international disputes peacefully, according to Mary Caprioli, author of Primed for Violence: The Role of Gender Inequality in Predicting Internal Conflict. At the same time her research shows that states with a lower percentage of women in parliament are significantly more likely to resolve international disputes through war (a decrease of 5 percent in women’s participation in parliament makes a state almost five times as likely to resolve disputes using military violence).

More generally, men are more enthusiastic supporters of war and militarism than women. There is a gender gap in attitudes about war: women’s support for war is consistently lower than men’s, particularly when comparing women’s and men’s attitudes toward particular wars or military involvements, as a host of research has shown. However, women are more likely to approve of wars when they are UN-approved or humanitarian.

Traditional masculinity is implicated in political support for and involvements in war and conflict. Those leaders and groups that are most enthusiastic about sending men off to war also are the most strongly supportive of traditional, patriarchal masculinity. Prowar political leaders are more likely than other leaders also to subscribe to traditional gender ideologies, in which men’s “natural” roles are seen as in part to dominate and defend using aggression, research has shown. 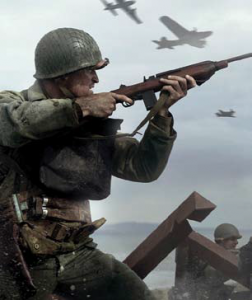 Military organizations consistently and intentionally draw on patriarchal notions of masculinity to convince men to fight and take risks in conflict. Within military organizations the valorization of risk-taking as a masculine behavior is a cause of significant harm for recruits. Feminists have consistently challenged societal attitudes that demand young men’s military service to prove they are “real men.”

Societies that are statistically less gender equitable are significantly more likely to be affected by civil war and to resolve international disagreements with violence. Traditional patriarchal notions of masculinity that support other forms of violence (such as intimate partner violence) are causally implicated in the most destructive practices of war which cause the most harm to men and women.

MRAs claim that men’s over-representation in combat roles is a symptom of discrimination against men. Yet it is men, not women, who have done most to exclude women from military roles. Historically, women have been excluded from military and combat roles by the male-dominated hierarchies of military institutions and political leaders. Male soldiers and military personnel themselves often have been hostile to women’s participation in the military. Indeed, feminists often have pushed for women to be allowed to participate in combat. In the wake of four decades of feminism, there is growing momentum to foster women’s inclusion and participation in the military, including in combat roles.

Feminist women and women’s movements have played key roles in challenging war and militarism in general. Yes, large numbers of men and boys are killed and injured in war, and feminists have been at the forefront of efforts to lessen or prevent the horrors of war. For example, contemporary feminist groups play important roles in supporting male conscientious objectors.

Data from the U.S. shows that war is an important setting for male injury and death. But it is also an important setting for injuries and deaths among women—and children. According to researcher Golie Jansen, author of Gender and War: The Effects of Armed Conflict on Women’s Health and Mental Health, women are much more vulnerable today than in the past because recent wars have had a higher rate of civilian casualties; for example, in World War I, 15 percent of the casualties were suffered by civilians, compared with 65 percent in World War II and 90 percent in recent wars, which have mainly affected women and children. Women are not just caught in crossfires but are increasingly victims of violence in war situations. There are widespread atrocities; in war, women’s bodies become a battleground—rapes, forced pregnancies, kidnappings, and sexual servitude are common.

Because most combatants in armed conflicts are men, males are also the major direct victims of military operations. However, there is evidence that the overall impacts of war and conflict and their aftermath are greater for women than for men. Three recent studies suggest that the impacts on health and wellbeing (in terms of both illness and death) of war and civil conflict are greater for women than men:

War is hell, there is no doubt. And deaths and injuries among male combatants are a tragedy. Yet it is false to claim that war and militarism are simple sites of male disadvantage and female privilege. Genuine efforts to address the harms to men and boys posed by war and conflict should start with accurate assessments of wars’ workings and impact, and should ally with feminist and women’s movement efforts aimed at peace and gender justice.

Dr. Michael Flood is an associate professor in sociology at the Queensland University of Technology (Brisbane, Australia), involved in research and profeminist advocacy on men, gender, and interpersonal violence.

Dr. David Duriesmith is a UQ Development Fellow at the University of Queensland in Brisbane, researching the intersections of militarism, masculinities, and patriarchal violence. References for the studies described in this article are available at xyonline. net/content/gender-war-and-male-disadvantage.