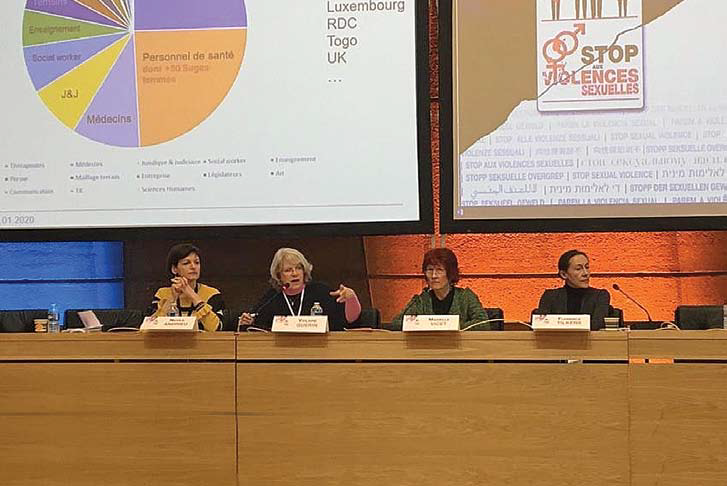 More than 400 doctors and health professionals gathered at UNESCO headquarters in Paris in January for the seventh international conference on sexual violence. While the conversation surrounding violence against women has gained traction in the wake of the #MeToo movement—and recent government consultations on the topic—activists point out that too many people continue to be the targets of physical and sexual assault. In the edited interview below, Christina Okello speaks with Dr. Wissam El Hage, a psychiatrist at François Rabelais University in western France, and Isabelle Daigneault, a Canadian psychology professor at the University of Montréal, sharing insights about what’s working and what’s not in tackling sexual violence and why France and Canada differ in their approach. Among the differences? In Canada doctors and the police work in tandem.

Christina Okello: Two years after #MeToo, what has changed?

Wissam El Hage: A lot because of the hashtag #MeToo, and different hashtags. There’s been a lot of discussion in French society and this is good because the victims do not feel so alone. They may open up more easily to talk about their problems and what they experienced.

CO: Victims of sexual assault often don’t report it. New measures by the French government to tackle domestic abuse would ease doctorpatient confidentiality restrictions if a patient is at risk. Is this a good idea?

WEH: It is a controversial measure because it goes against medical secrecy, which is a form of protection for both doctors and victims. Victims feel safe coming to their doctor to speak about their problems and to find help. I don’t think that would be the case if they knew their doctor was no longer bound by secrecy. Also, we don’t know how this will work. Is it a medical problem or is it up to the justice or the police to take control? This is something that has to be ironed out.

CO: How difficult is it for victims of sexual assault to open up?

WEH: It’s like when you experience a horror film. When you go through experiences of violence it is very painful, very distressing for the patients, but the job that we do is to help them to cope with it, to transform the horror into something more normal and integrate it into their lives.

CO: What case has struck you the most?

WEH: Each case is unique; sometimes you feel helpless, you feel like your job is not really improving the situation and then you discover a few months or a few years later the evolution of the patient, of his social and family situation, and this is very helpful to us to continue to do our job.

CO: What are the different stages of the healing process?

WEH: When victims have experienced violence during their childhood, they go through feelings of shame, guilt, emotional distress, and this can lead to depression, post-traumatic stress, addictions and personality disorder. In other cases, they will have some kind of resilience and will seek help. The only way they can come out of their horror movie is by talking. When they accept [the need] to talk about it, to face up to it and accept their emotions. When they stop avoiding their past, improvement can start.

CO: So, talking is the key to treating sexual violence?

WEH: It’s not just talking about it, it’s how you do it. It has to be in a secure place and with a person of trust. We help the person to cope and to confront their emotions in a safe way where they don’t feel overwhelmed.

CO: Do you have the funds to do your job?

WEH: Last year, the French government created 10–12 trauma centers dedicated to treating victims. It’s a first step. Ten centers are quite little for France but it’s a good start. What’s needed is at least 30–50 trauma centers, outpatient care units across the country where victims can reach out to trauma professionals.

CO: One obstacle hampering efforts to tackle sexual violence has been the issue of time limits—some cases are too old to prosecute. What’s your view on time limits?

WEH: This is only a judicial point of view. For a doctor there are no limits. In some cases, people who suffer sexual violence, 30 percent only discover their symptoms 20 years later, triggered perhaps by another traumatic event. From a doctor’s point of view there is no time limit.

Isabelle Daigneault: We have a multi-tiered agreement between all the people involved in domestic violence or sexual abuse. For example doctors, police, judges, lawyers; they are all obliged to work together. Everyone needs to have a way of working with domestic violence and sexual abuse survivors. They have to report if there’s a case of abuse that comes to their attention—especially doctors.

CO: France is considering easing medical-secrecy restrictions if a patient is at risk. Is this a good idea?

ID: It’s a good start that doctors are allowed to speak but it’s not enough. One of the reasons I think that Québec is seen as more advanced is because we have a multi-sectorial agreement which has been in place since 2001. Everybody knows what they’re expected to do.

CO: Canada is often cited as an example in the fight against sexual violence. How well is it doing?

ID: Every year there are new budget announcements dedicated to sexual violence prevention in Québec. What is a bit disappointing at times is that the money is always announced when the government has an incentive to do so—like when there’s an issue or case that becomes public. Or, when there’s an election coming up, then there’s a lot of money that’s available. Yes, there’s funding but it’s never stable.

CO: It’s been two years since the #MeToo movement began, triggered by sexual allegations against Harvey Weinstein. Has a lot changed?

ID: The #MeToo movement has been liberating for a lot of women as it has helped them break their isolation. However, there has also been a backlash; people have started blaming women more than before and are defending the perpetrators.

CO: There have been a lot of awareness campaigns to eliminate sexual violence, but how do we achieve real action?

ID: We need to start with sexual education for children, and this will include gender equality so that men respect women—and that women have a voice. We need to start younger so that when these little boys grow up they will not perpetrate sexual assault, and women will not need to defend themselves; hopefully because it’s going to be eradicated.

CO: In France, nearly 150 women died at the hands of their partners or ex-partners last year. Experts reckon early child abuse is to blame for domestic violence. Violaine Guérin, a gynecologist and endocrinologist specializing in sexual violence, says early physical abuse may be driving the femicide figures. She said, “Violence breeds violence. If we succeed in eradicating violence against girls and boys in childhood, we will have an impact in preventing violence at an adult age.” So what’s needed to treat child abuse?

ID: First, we have to know that it happened. And it’s difficult because if we’re thinking about the #MeToo movement it’s relatively feasible for an adult to disclose and get help but for a child it’s much more difficult. Somebody has to be the child’s voice. Who will be responsible for that? Perhaps midwives, doctors and social workers, people who work closely with children could be one way. There needs to be intervention but maybe beforehand there should be an assessment of the child’s needs…done on a case-by-case basis.

CO: Out of the victims that you’ve treated, which one case has struck you the most?

ID: What a difficult question. The children or adolescents that I remember most, who have marked me most, are those who are resilient. It’s one of the subjects of my research: the consequences of child sexual abuse—what helps some children to overcome the abuse and be resilient? Some that impressed me the most are those as young as 12 and 13 and go around high schools and give testimony to what happened to them and help others to disclose and get help. That is I think the thing that touches me the most.

Christina Okello is a Paris-based investigative journalist for Radio France Internationale (RFI). She describes herself as “passionate about the Middle East, Africa and everything in between.” A version of this interview appeared on RFI’s website.

Isabelle Daigneault is a psychologist and professor at the University of Montréal who treats survivors of childhood abuse. 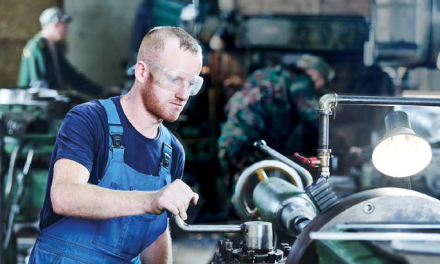 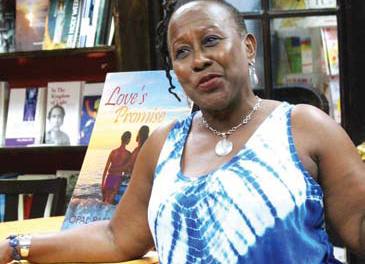