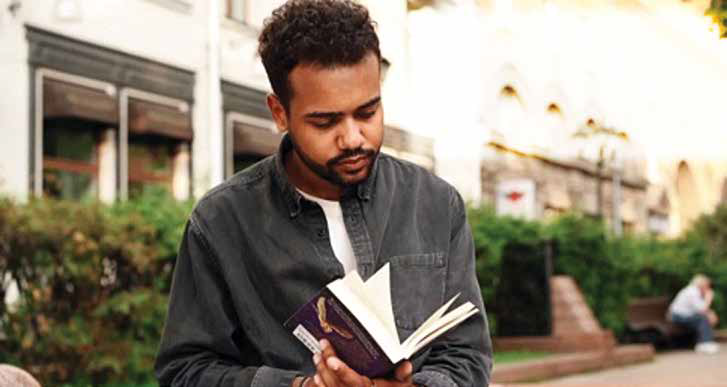 If you’re reading this article, hopefully it’s because you already identify as profeminist, or at least are feminist-curious. But in case you need some affirmation or a gentle invitation to embrace your curiosity, here are five books that have been essential to my own growth and development.

We Should All Be Feminists

Perhaps there is no better example than Nigerian novelist Chimamanda Ngozi Adichie’s 2015 essay We Should All Be Feminists. Whether you identify as a Happy African Feminist Who Does Not Hate Men and Who Likes to Wear Lip Gloss and High Heels for Herself and Not for Men or are just someone who believes in the social, political, and economic equality of the sexes—you are a profeminist!

Adichie gently and effectively brings the argument about whether feminism is still relevant to an accessible level for all readers. An edited version of a 2012 TEDx Euston talk she delivered, this brief essay moves from the personal to the general. “My own definition of a feminist,” she writes, “is a man or a woman who says, yes, there’s a problem with gender as it is today and we must fix it, we must do better. All of us, women and men, must do better.” If you’re on board with the why, and are looking for a how to, check out her book

Dear Ijeawele, or A Feminist Manifesto in Fifteen Suggestions

The Will to Change

I won’t say that I have a favorite on this list, but the one that impacted me the most was the late great bell hooks’s 2004 book, The Will to Change: Men, Masculinity, and Love. If not only because it contains the following passage that caused so many pieces in my understanding of men and masculinities to fall into place for me: “The first act of violence that patriarchy demands of males,” she wrote, “is not violence toward women. Instead patriarchy demands of all males that they engage in acts of psychic self-mutilation, that they kill off the emotional parts of themselves. If an individual is not successful in emotionally crippling himself, he can count on patriarchal men to enact rituals of power that will assault his self-esteem.” The Will to Change is also so important because of hooks’s deep empathy for men. She recognized how damaging and soul crushing it is for men to hold on to a patriarchal worldview.

I Don’t Want to Talk About It

This summer I finally read I Don’t Want to Talk About It: Overcoming the Secret Legacy of Male Depression, Terrence Real’s 1997 book that, to me, is nearly as important as The Will to Change. My entry point in becoming involved in gender equality work, and engaging boys and men, was my own struggles with depression and the masculine script all men inherit demanding that we “be tough, don’t show emotion, don’t ask for help.” As Real writes, “Traditional gender socialization in our culture asks both boys and girls to ‘halve themselves.’ Girls are allowed to maintain emotional expressiveness and cultivate connection. But they are systematically discouraged from fully developing and exercising their public, assertive selves—their ‘voice,’ as it is often called. Boys, by contrast, are greatly encouraged to develop their public, assertive selves, but they are systematically pushed away from the full exercise of emotional expressiveness and the skills for making and appreciating deep connection.”

Despite my work at Next Gen Men, like so many other men, I wrestle with my other (feminine) half—maintaining emotional expressiveness and cultivating connection.

As we explore our ideas about men and masculinities, despite what hegemonic masculinity pushes us toward, it’s important not to think of men as a singular experience. There are countless intersectionalities to consider, among them: race, sexual orientation, and socioeconomics. An enlightening intersection to consider for its reminder that things didn’t have to be seen only through the imperialist white supremacist capitalist patriarchy (another bell hooks frame) is Indigenous masculinities. To that end, I share the 2015 book Indigenous Men and Masculinities: Legacies, Identities, Regeneration, edited by Robert Alexander Innes and Kim Anderson.

What do we know of masculinities in nonpatriarchal societies? Indigenous peoples of the Americas and beyond come from traditions of gender equity, complementarity, and the sacred feminine, concepts that were unimaginable and shocking to Euro-western peoples at contact. Indigenous Men and Masculinities brings together prominent thinkers to explore the meaning of masculinities and being a man within such traditions, further examining the colonial disruption and imposition of patriarchy on Indigenous men.

As executive director of an organization with the name Next Gen Men, I’d be remiss to not directly talk about the next generation. Far too often adult men who awaken to gender transformation are focused on their own healing, or on engaging with communities of peers. That’s important work. But if they fail to look upstream, to think in preventative ways, then how will they ever be able to help interrupt the cycle of raising patriarchally traumatized boys who “mature” into broken men?

As an antidote, consider Michael Reichert’s 2020 book How to Raise a Boy: The Power of Connection to Build Good Men. “Never underestimate the power of listening to boys, knowing them, and standing by while they navigate the rough waters of boyhood,” Reichert says. “Behind every boy who avoids being swept away in the current is someone who holds him—and believes in his ability to hold his own.”

Each of these books has helped me not just to think about a future where boys and men feel less pain and cause less harm, but also to help them on their journey to wholeness.

Jake Stika is executive director of Next Gen Men (NGM). Interested in joining a community of male readers? Consider NGM’s B.O.O.K. (Beyond Our Own Knowledge) Club. They don’t always read gender or feminist texts, but always curate underrepresented voices and