Teaching My Daughter Resilience
SooJin Pate
We don’t know when white supremacy will end. But we do know that a temporary salve to white supremacy is immersing ourselves in communities and narratives that remind us of our power, agency, and humanity.

Racists Anonymous
Holly Karapetkova
You can be an intelligent, caring person and still have racist views and behaviors because you are surrounded by white supremacy.

Bayna Bayna, In-Between
Zeina Azzam
After we crossed the sea
then the ocean
leaving home behind
I began to see everything

Wonderful Worlds
Clifford Thompson
I hear babies cry / I watch them grow / They’ll learn much more / Than I’ll ever know.

What a Wonderful World?
Sean Murphy
It’s never enough
But it’s everything
We need; all we lack.

How Far Are We from Not Just Creating a New Society But New Men and Women?
Rachel Reinhard
More recently, I began to reflect on the significance of being conditioned via my schooling to respect Black leadership.

The Lynching Trees and Redemption
Lynda Tredway
As an artist, history teacher and memory keeper, I make quilts for each state to remember the thousands of men and women lynched in America.

Beneath the Sugar Maple
Julie Walls
You are me and I am you. When one person cannot breathe, no one can breathe.

“Crossing the Empathy Bridge”
Sarah Trembath
Embracing connected ways of addressing worldview difference seems, in fact, to be our only hope out of the trap of the past.

Holding Our Beloved Communities Accountable
Emily Ruth Rutter
Accountability must also be communal if we are to remake and re-envision a society that is more prone to commodify and criminalize than it is to nurture and sustain.

American Privilege
John Feffer
Just as we all have multiple identities, we all occupy overlapping circles of privilege that are frequently invisible to the fortunate even as they are painfully obvious to the marginalized.

We Who Believe in Freedom Cannot Rest
Aaron Jenkins
When Travis and Dolapo reached out to me, it encouraged me to do more than just survive.

Against Hierarchy
Robert Jensen
It’s getting harder for people in the United States to turn away from the sexism, racism, and inequality that is woven into the fabric of society.

Like a Song with Wings Letter to My Yet-to-Be-Born Grandson
Zeina Azzam
You might think there is such heaviness in all this, a burden to carry throughout your life. Think of it as ni’mah, grace, that fills you with kindness.

The Battery
Holly Karapetkova
The houses lining the battery stare
at the sea, large windows

White Christian Bigotry
James A. Haught
Racism is much stronger among America’s white Christians than among churchless whites—and it always has been. That’s the message of a new book by social analyst Robert Jones, head of the Public Religion Research Institute.

MenEngage Ubuntu Symposium: Commitment and Accountability to Gender Justice During COVID
Joni van de Sand and Laxman Belbase
Ubuntu — “I am because you are” — a concept born out of African thinking and identity, is at the heart of MenEngage’s work.

Patriarchy and Racism: Oppressive Systems at a Crossroad
Ukumbwa Sauti
Patriarchy and racism were becoming seamlessly and dangerously fused—along with other oppressions—to secure the power, privilege and status of white Christian men.

My Role in Sustaining White and Male Supremacies
Amanda Pickett
Strengthening my resilience to do antiracist work is something I must do so I can effectively listen, see injustice, acknowledge that I cause harm—and that all white people cause harm—and take action to achieve a collaborative, collective liberation.

Playing the “Man Card” in Presidential Politics
Jackson Katz
From its inception, the presidency was conceived as a white male institution. For the first 100 years, only white men had the right to vote—and then only those who owned land.

Men and the Masks They Refuse to Live With
Alex Abad-Santos
Why does shame work to deter men from wearing masks? Are some men more interested in their own masculinity than in their community? 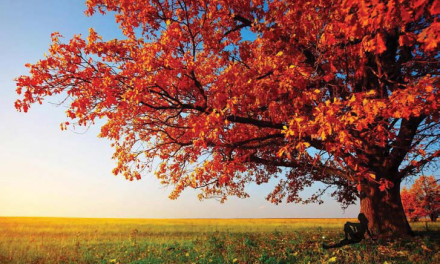 Beneath the Sugar Maple