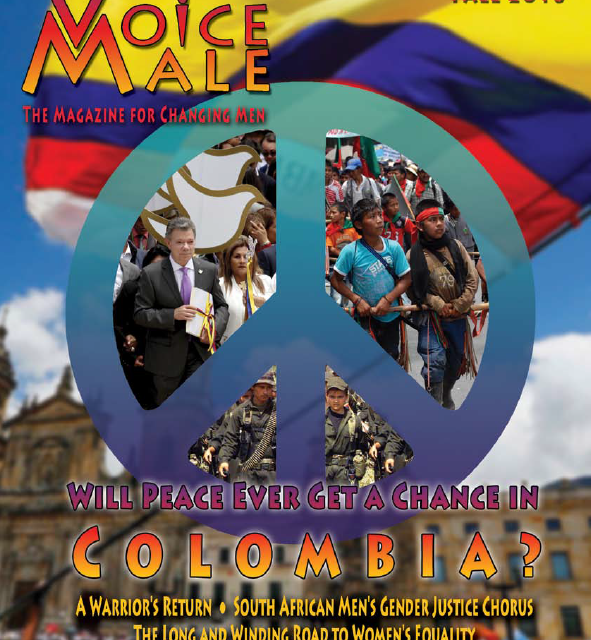 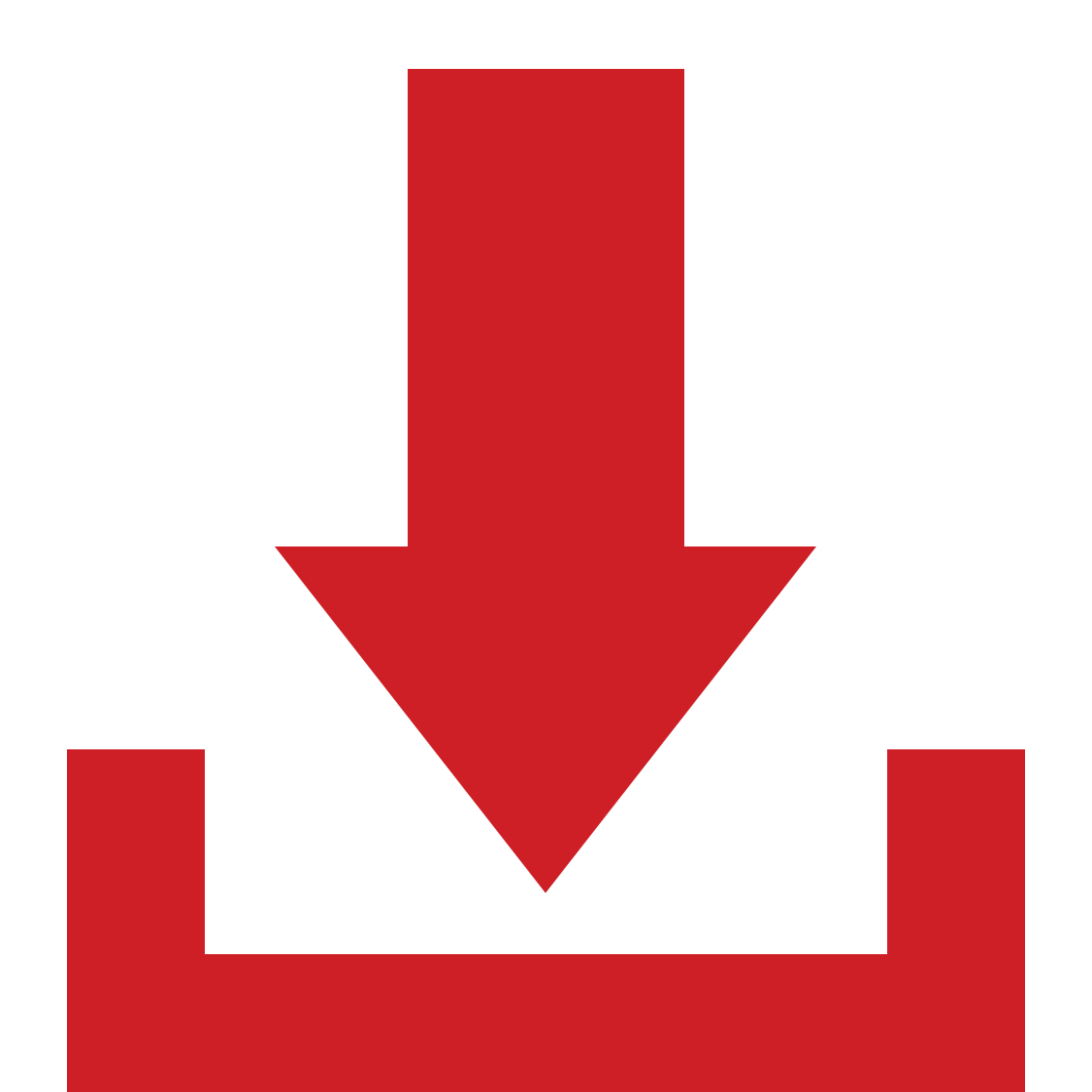 Men’s Voices in South Africa’s Gender Justice Chorus
Amanda Pickett
In South Africa, every six hours a woman is killed by her intimate partner. To say that gender-based violence is a problem in the country is a gross understatement. Its roots are woven into the country’s historical struggle to end apartheid, its ongoing economic insecurity, and the global system of patriarchy. And, to make matters worse, the men who commit gender-based violence, especially men of influence, are rarely held accountable.

A Warrior’s Return
by Adam Pattantyus
After completing four years as a nuclear weapons officer in West Germany during the height of the Cold War, Adam Pattantyus was, in his words, “toast.” Depleted, empty, worn out. In 1987, he returned to the U.S. completely drained—physically, emotionally and spiritually. He says he had lost some core human qualities, including optimism, empathy, and the ability to relate. “I returned less human and had a mechanical approach to life.” Recovering his humanity—his ability to relate with warmth and sensitivity to himself and others—became a lifelong task.

Will Peace Ever Get a Chance in Colombia?
by Sebastián Molano
What is the first memory you have about living in a country at war? Every time I asked this question to my fellow Colombians, there is always a long pause. Then, memories begin to emerge, as if pieces of a chess game are being placed on the board. The magnitude and scope of decades of conflict have affected each of us in different, profound ways, shaping how we experience and understand the world. Sadly, the conflict has become the primary fabric that threads our stories together as a nation.

Mary of Kivu: Forgiveness in the Worst Place in the World to Be a Woman
by Gary Barker
Gary Barker’s new novel, Mary of Kivu, takes place mainly on the shores of Lake Kivu, near the Rwandan-Congolese border where amidst the ongoing conflicts and horrendous sexual violence against women, there are reports of a local woman performing miracles. Every day, hundreds of people from nearby villages line up outside the home of Mary of Kivu hoping to be cured. The Vatican sends someone to investigate, as do international women’s rights NGOs. Mary shares her story with no one—until she meets Keith Masterson, an American journalist looking to add color to his dispatches on the region’s wars. Against all odds, Mary interrupts her daily healings to tell Keith the beginning of her story. The novel weaves together the interviews with Keith’s own troubled past. What follows is an excerpt from the novel, published in the Summer of 2016 by World Editions in the UK.

Nigerian Men Begin Marching to End Men’s Violence Against Women
by Chris Onuoha
In Lagos, largest city in Nigeria, domestic violence and sexual assault cases have been on the rise. Perpetrators often seem undeterred. Responding to the menace, in September the Lagos State Domestic and Sexual Violence Response Team held a walk in both Ikeja and Festac Town, Lagos, as part of events marking Domestic Violence Month 2016.

The Long and Winding Road to Women’s Equality
by James A. Haught
With the possibility of America’s first woman president looming, it’s appropriate to consider the monumental struggle for gender equality.

What’s Missing in the Way We Look at Rampage Killings?
by Michael Kimmel
It’s been four years since James Holmes murdered 12 people and injured 70 more in a mass shooting on July 20, 2012, in a movie theater in Aurora, Colorado. Acting alone, he was immediately declared by pundits and public alike to be mentally ill.

A Black Lives Matter Booklist for Teens
by Kiera Parrott
In the wake of the tragic killings of two black men by police in July, Alton Sterling in Baton Rouge, Louisiana, and Philando Castile in Falcon Heights, Minnesota, librarians around the country have been looking for ways to support and educate their communities. Chelsea Couillard-Smith, a librarian for Hennepin County (Minnesota) Library, created a #BlackLivesMatter booklist for teens.

From the Editor
Donald Trump and the Crisis in Masculinity
By Rob Okun
The crisis in masculinity and the presidential election got hitched in an October surprise unintentionally engineered by Donald Trump. While a vast majority of men—the 2016 election season’s silent majority—reject Mr. Trump’s “locker room” ideas about manhood, many are reluctant to publicly say so. That may be changing.

ColorLines
A Brutal Truth Every Black Man Needs to Hear About Masculinity
by Aaron Morrison
It can take a lot of courage for a young black man to make this admission: “I was never really a tough guy, I don’t like sports, I have some feminine mannerisms.”
Those are the words of rapper Tyler, the Creator, who recently talked to Fader magazine about fashion and masculinity in the black community.

Fathering
Beyond “Deadbeat” and Absent Fathers by Gary Barker and Michael Kimmel
by Gary Barker and Michael Kimmel
Continuing to follow a story we published last issue, “The State of Fatherhood in the U.S.,” is this further examination of the different realities fathers in the United States experience depending on class and privilege. The writers were major contributors to the report State of America’s Fathers.

Men in the Kitchen – Equal Partners in Care Work?
by Bayano Valy
Anecdotal evidence in Mozambique shows that there are men who perform care and household work believing they are helping their partners—this is grounded in evidence from pre- and post-evaluation courses of the programme “Men in the Kitchen.”

Will Women Resist More Caregiving by Men?
by Oswaldo Montoya
Working with men to transform patriarchal relations with women is complex, as Bayano Valy’s article reveals. In its intervention, “Men in the Kitchen,” Rede HOPEM (http:www.hopem.org.mz/) of Mozambique combines skill building related to domestic chores and attitudinal change, in turn related to gender and masculinity, so that doing care work is not seen by men merely as supporting women but as a joint responsibility. HOPEM is enabling men to move from a “helping out” mentality to equal sharing of caregiving work in an effort to challenge power relations among genders.

Books
Making Out Like a Virgin: Sex, Desire & Intimacy After Sexual Trauma

Film
Toxic Masculinity Unmasked in Six Minutes
By Alim Kheraj
American Male looks at the effects hypermasculinity— including attitudes toward women, minority groups, and LGBTQ+ people—has on men, particularly young men. For them, it’s clear there’s a real crisis in contemporary masculinity, and the battle of identity politics has flared up again.