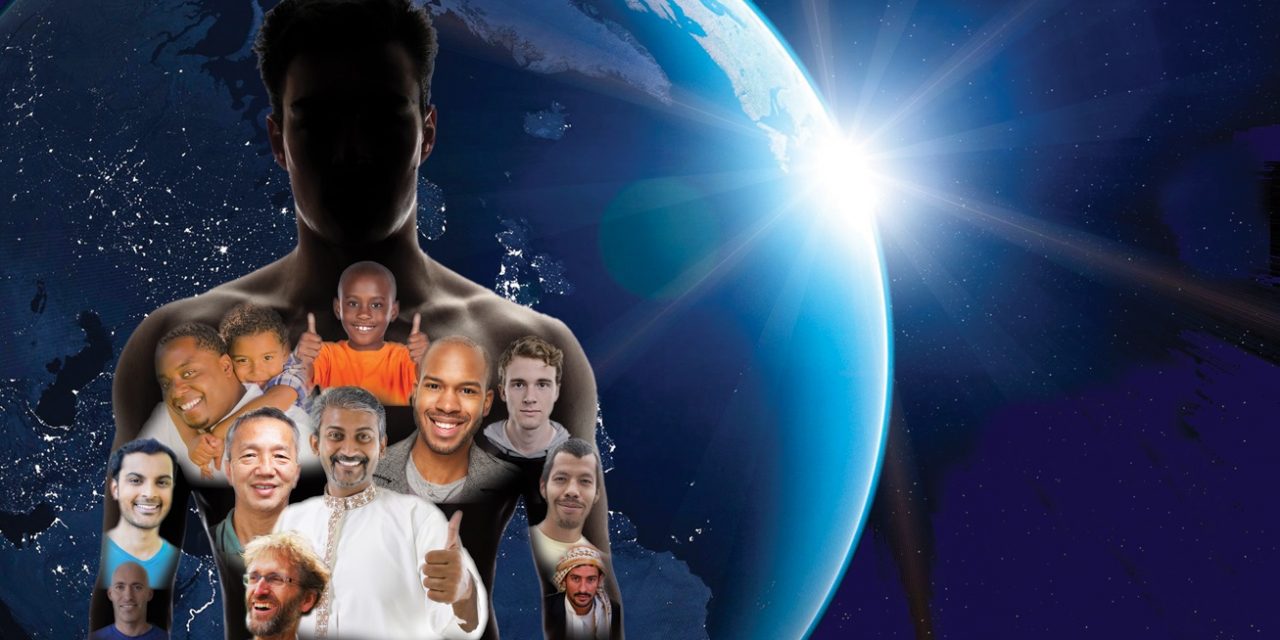 A Worldview Is Hard to Crack
Allan G. Johnson
By their nature, worldviews are difficult to change, writes Allan Johnson, author of The Gender Knot: Unraveling Our Patriarchal Legacy, a new edition of which came out this fall. “We tend not to be aware they even exist or how complex they are. Expose one part to scrutiny and doubt and you cannot help but bring others into question, from who you think you are to childhood heroes to feeling safe to national identity and pride.

A Celebration of Black and Latino Males
Essays by Hector Toledo, Raekwon Wheeler, and Tynayko Melendez
At a daylong summit on healthy masculinity for men and boys in western Massachusetts, three newly graduated high school students read their awardwinning essays addressing the question, “What Can Institutions, Society, and I Do to Positively Influence the Plight of Black and Latino Males?” The oratory competition they’d entered was sponsored by Alpha Phi Alpha Fraternity.

Five Traits that Drive Men’s Lives
Charlie Donaldson And Randy Flood
Not long ago we were having dinner with friends when the topic turned to the premise of our new book, Mascupathy: Understanding and Healing the Malaise of American Manhood. The turmoil in most men’s lives is a product of a socialized disorder we had dubbed mascupathy, where traits such as aggression and invulnerability are exaggerated, and those of openness and empathy are repressed.

From “MenEngaged” to Men —and Women—Being Enraged
Gary Barker
Not long ago we were having dinner with friends when the topic turned to the premise of our new book, Mascupathy: Understanding and Healing the Malaise of American Manhood. The turmoil in most men’s lives is a product of a socialized disorder we had dubbed mascupathy, where traits such as aggression and invulnerability are exaggerated, and those of openness and empathy are repressed.

Male Sexual Violence Survivors: Newest Activists for Gender Justice?
Wynne Russell
Nearly 40 years after the first World Conference on Women in Mexico in 1975, the figures on sexual and intimate partner violence against women and girls remain staggering. Recent figures found that 35 percent of women worldwide have experienced either intimate partner violence or non-partner sexual violence in their lifetime.

Counseling Abusive Men in South Africa
Kerryn Rehse
Despite the statistics, in the ongoing struggle to prevent violence against women, there has been a steady increase in prevention and intervention models. They have been developed to use predominantly with women and girls who are victims of violence or are at risk of becoming victims.

Building New Men in Swaziland
Tom Churchyard
I moved to Swaziland in 2010, making a deliberate disconnect from the quiet cloisters of Cambridge University and full of boyish enthusiasm for a country I had never visited and a culture I knew nothing about.

Fatherhood, Caregiving, and Love in Brazil
Marco Aurélio Martins
They arrive one by one; fathers, mothers and childcare workers. They’ve been invited by leaders of the Stella Maris Municipal Daycare to talk about paternity and caregiving with an NGO that at that moment wasn’t very well known to them: Instituto Promundo.

Combating Pakistan’s Contagion of Violence
Zaheer Abbas Maseed
The word “contagion” literally means transmitting a disease from one person to another through close contact. I am using this term deliberately to reflect my understanding of violence and how it is spread. This understanding has been developed based on my experience with Cure Violence, a U.S. NGO working on issues of violence in the United States and globally.

Inspired by Nicaraguan Feminists
Oswaldo Montoya
One of the reasons I was drawn to feminism was because its concern is not only with gender equality, but also with changes in all social structures that discriminate against people based on race, ethnicity, class, sexual orientation, age, nationality, ability and others. In the end, we are dealing with the same mindset of “power over” in which some think they are superior and therefore entitled to privileges, denied to “the others.” Many have internalized these beliefs, which are constantly reproduced by social institutions.

Caring Men in Bangladesh
Sohela Nozeen
The Center for Gender and Social Transformation (CGST) based at BRAC Institute of Governance and Development, at BRAC University in Dhaka, Bangladesh, organized a unique photo exhibit, “Caring Men Images,” this past summer at the Dhaka Art Center. The exhibition offers a vision of men that is not commonly seen—men engaged in looking after their family members by providing childcare and care to the elderly and disabled.

SHAMELESS: Brazilian Students Campaign to Deconstruct Gender
Vanessa Fonseca
Despite advances in gender justice in recent decades, the consequences of gender norms are still relevant in the job market, in violence rates, in the division of household labor and childcare, and in health, to name a few. Women still receive approximately 70 percent of the income earned by men.

The Trials of Being Female in Public
Laura Lippman
It happened when I was a brunette, but it seems to happen more now that I am a blonde, even though I am blonde only because I’m older — brown hair is hard to maintain after a certain age. Being older should be a protection against this thing, this condition, yet it isn’t.

Men and Boys for Gender Justice:

From New York to New Delhi
Entitled menchildren in the National Football League spark renewed attention to the epidemic of domestic violence and child abuse. Brave young women speaking truth to power demand action to halt sexual assaults on college campuses. Pioneering profeminist men from around the world gather in India to engage men and boys to promote gender equality.

Outlines
An Ambassador To Men
By Zach Wahls

Final Curtain
Nonviolent Men: The Silent Majority That Needs to Make Some Noise
By Rob Okun