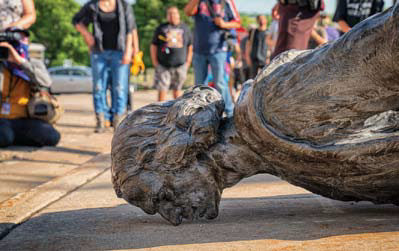 When one of the nation’s statues  of Christopher Columbus faceplanks onto the pavement—or when a sculpture of a European colonizer gets shoved off its base so that a Ohkay Owingeh Pueblo man can dance upon the platform—my community smiles. When statues of Teddy Roosevelt, Stonewall Jackson, or Robert E. Lee get hoisted off of their pedestals and hauled off to storage, we feel a sense of relief.

Though, I realize some people feel apprehension or anger. Recently I engaged in an online conversation about the trend of  activists destroying monuments of colonizing and slaveholding men. An old friend, Elaine, had posted in opposition: “History is not there for you to like or dislike. It is there for you to learn from it. … It’s not yours to erase. It belongs to all of us!”  “Amen!” said the first two comments underneath it. Two more people piped in later: “You got that right!” And, “Thanks Elaine. If we allow history to be erased, it won’t stop there. Very scary times.”  That’s the one that got me to reply.

I felt something in that last comment. It was not the raving of some MAGA-dupe whom one could dismiss as aggressive, but a person concerned about her heritage.   She was someone feeling a loss in a way that caused her to say, “scary.” What I felt, in response, was empathy across difference. This, according to life coach Simma Lieberman, is a typical strength of female communication styles: a desire to connect and seek consensus.

Because the woman on Elaine’s thread had gently worded her comment, I had the space to imagine how I’d feel if it were my heroes coming down. My mind roamed to moments when famous Black activists have passed. I’d felt strangely vulnerable. It was as if somewhere deep inside these human pillars existed—holding some part of me up without me even knowing. Could that be how she felt? I decided to let my reply be soft—a tone that some leftist activists like me seem not to consider these days as we choose to lob insults and slap labels on people instead.

“But Elaine,” I said, deciding to address the stranger sideways by speaking instead to my friend. “Statues don’t just keep history, they celebrate it.… [And] the descendants of those people who actually were written out of history are saying, ‘It’s time to stop worshipping certain historical figures as heroes.’ Most U.S.-educated people know nothing of the underbelly of colonialist “heroes” or the extent of the torture, gore, and rape that was associated with “heroic” men enslaving other humans. But I asked Elaine anyway, “Don’t you think the public will be much better served by not worshipping men who committed terrible deeds?” To my surprise, she responded. “Point noted, you are correct!”

I was thrilled that the exchange went that way. Not just because she agreed with me but because the exchange was civil. Despite the animosity that can run amok on social media, I still want to believe in connection. While some of the highest of officials in government are calling for renewed suppression of minority perspectives on history, that brief online exchange left me feeling hopeful. So l asked another friend—who has neoconservative friends—“Do you think that through open conversation they can come to see why so many people think those statues need to come down?” “Some,” my grade-school friend Patty said. “It’s a matter of education. They have to be willing to listen and relearn. They need to read.”

Patty’s comments confirmed what I’ve learned as a teacher of young people from many different places and stations in life; there is often a big difference in what people know about the same subjects. School children can actually learn opposite perspectives in their schools and hometowns. “Christopher Columbus was an explorer.” “Christopher Columbus was a colonizing conqueror.” “The Civil War was fought for states’ rights.” “The Civil War was fought over slavery.”

Embracing connected ways of addressing worldview difference seems, in fact, to be our only hope out of the trap of the past. Sociologist Arlie Russell Hochschild calls any such acts of connective conversation “crossing the empathy bridge.” At a time when the “respect deficit” threatens to engulf us all, she says, “It’s very important when you can understand the lens through which a huge proportion of Americans see the world.” Help me understand what you see as heritage, and I’ll help you understand what I see as ethics—this move towards connection is such a bridge.

I will always smile when I get to witness the dramatic demotion of some false idol into a shattered statue. But with a paradigm shift that acknowledges why others so different from me feel the way they do, I may become a bigger part of the solution for change as a champion of connection in this era of antagonism and interpersonal combat. 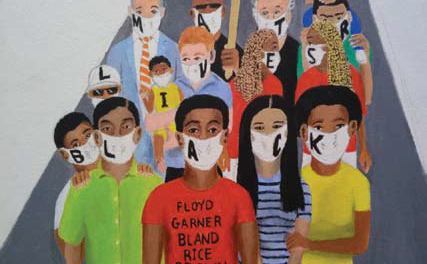 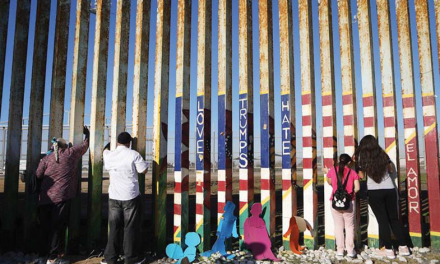