When the World Health Organization (WHO) published its global and regional estimates of the prevalence of violence against women in 2013, the numbers were grim. The findings suggest that on average one in three women will experience physical and/or sexual violence by their intimate partner. This is even more likely, the WHO reported, in the developing regions such as Africa (36.6 percent), Middle East and Mediterranean (37 percent) and South East Asia (37.7 percent). In addition, it is estimated that 38 percent of all murders of women globally are committed by the victim’s intimate partner. In South Africa the figure stands at a staggering 56 percent. 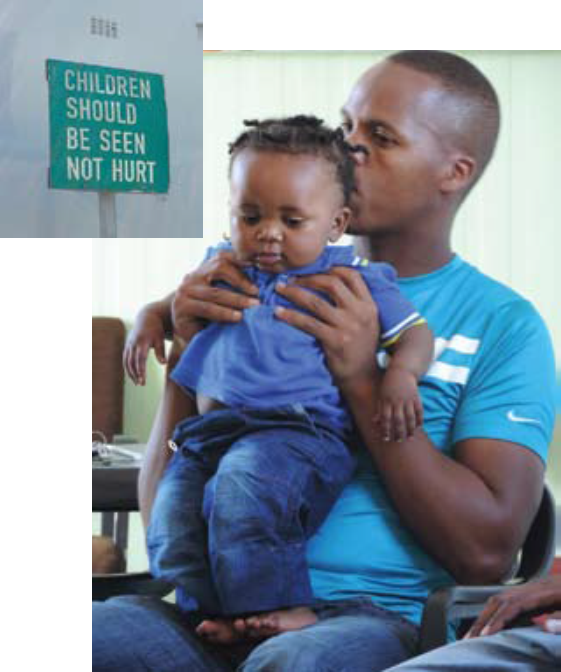 Despite the statistics, in the ongoing struggle to prevent violence against women, there has been a steady increase in prevention and intervention models. They have been developed to use predominantly with women and girls who are victims of violence or are at risk of becoming victims.

These programs often include raising community awareness, psycho-educational workshops, educational materials, media campaigns, counseling, shelter facilities, and access to justice services, among other strategies. The common denominator among nearly all of these interventions has been that they are one-sided in their target audience.

A shift in focus

In various parts of the world there is growing awareness that in order to break the cycle of violence, men should also be involved in gender-based violence interventions. Many women, both survivors of intimate partner violence and those who provide services to women, suggest that intimate partner violence cannot be eliminated if the focus on the intervention is aimed only at women.

Very few women in violent relationships leave their partners; they simply want the violence to stop. And, while an increasing number of men seek assistance to change their behavior, there are not enough change programs for men who use intimate partner violence. MOSAIC, a South African training, service and healing center for women in Cape Town, was approached by Rutgers WPF (World Population Foundation), a Dutch NGO promoting sexual and reproductive health and rights, to partner with a group of organizations to develop “The Male Counseling Program” and the “Male Toolkit.”

Two organizations in Indonesia, Rifka Annisa and the Women’s Crisis Centre, joined with MOSAIC and Rutgers WPF to develop a Toolkit for Men, a 12-session individual behavior change counseling program for men who use violence in their intimate relationships so they could become respectful partners.

MOSAIC’s training, service and healing center for women was established in 1993 in response to the increasing prevalence in domestic violence experienced by women in Cape Town and surrounding towns. The majority of services offered were aimed at healing and empowering female victims of violence. Since 1999, MOSAIC has offered assistance to victims of domestic and/or intimate partner violence when they approach the courts to apply for a protection order against the perpetrator. 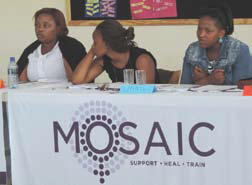 MOSAIC noticed the increasing number of cases that were neither being adjudicated nor withdrawn. This was especially evident in cases of intimate partner violence. In response, since 2010 MOSAIC has partnered with a research institute to explore the attrition rates of domestic violence cases in the courts.

The findings made clear the need to change the way in which intimate partner violence programs were being conceptualized.

The research found that more than two thirds of the respondents who did not follow through with their orders said a reduction in or absence of violence was the reason for not returning to the court to ask to have the protection order implemented.

In Cape Town, the Male Toolkit program had successes, challenges and unforeseen positive outcomes experienced by the men, their partners, their children and the entire family unit. Embedded within a set of strategies that work to engage men as caregiving partners and fathers, the counseling program addresses social and cultural norms in society around manhood, behavior change interventions, and institutional changes, all part of MenCare+: Engaging Men, a four-country initiative being implemented over three years in Brazil, Indonesia, Rwanda and South Africa. MenCare+, a collaboration between Rutgers WPF and Promundo-US, the program was created to engage men ages 15–35 as partners in maternal and child health and sexual and reproductive health and rights. The program is supported with funds from the Dutch Ministry of Foreign Affairs.

MOSAIC began implementing the Male Counseling Program as part of MenCare+ in early 2013. The male clients are referred through various channels, most commonly at the request of the intimate partner, but also through MenCare+ activities, partner organizations, magistrate courts and former male clients who successfully completed the program. Designed as an individual behavior change intervention for men who use violence, the toolkit’s aim is to ensure gender equitable relationships. The partner is included in the program as a participant in joint sessions and in a monitoring and accountability role.

In the first 18 months more than 300 men enrolled in the program. At the outset, MOSAIC could not have foreseen the holistic impact piloting this intervention strategy would have on the lives of their clients. Most males entered the program denying they needed assistance. As a result, they were very resistant to change.

It can often take three or four individual sessions (or longer) before the client is ready to commit to the behavior change process. It is only then that the stages of change can be seen. As Veronica Libbie, a MOSAIC counselor, put it,“[A]t first he was very resistant, but after the third session, Edwin (not his real name) started to let down his defenses and began to embrace the change.”

The “light bulb moment” counselors most often refer to is when the client realizes the abuse is not “normal.” This is especially true in the case of non-physical forms of abuse. The second most common realization is the impact past experiences and relationships have on the current intimate relationship, as well as the quality of family life.

The positive impacts on a couple’s relationship are seen in an overrall increase in gender equality; increase in division of care work; improved communication, appropriate (acceptable) expressions of anger (including using anger management techniques).

Additionally, children previously too scared to come close to their fathers, were now able to interact with both parents in a positive and non-fearful way.

The program has be en making a major contribution to breaking the intergenerational cycle of violence.

“For ten years of my married life,” a client we’ll call Brian, reported, “I was doing things a certain way, but when I joined the program, I was taught there’s a different way of doing things. So I had to either accept or reject that. The difficult part was to put what I was learning into practice.”

While the outcomes are undeniably encouraging, the journey to get there coninues to be challenging, especially since what’s being taught often goes against everything that the client knows and believes. The process is a strain for the man’s partner, who often has to relearn how to trust her partner again. “In the beginning I wasn’t sure whether I could trust him or believe that the changes were here to stay,” reported a partner named Betty (not her real name), “but I am so glad we stuck with it because here we are, in a much happier marriage and a better family.” 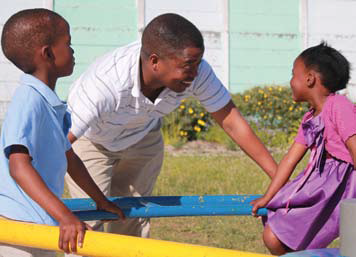 Counseling, it’s important to note, is not a quick-fix solution for relationship problems. At the end of the process the relationship will not necessarily be fully healed. While the ultimate aim of the program is to achieve equitable relationships, sometimes the outcome is the dissolution of the relationship, at times through divorce. While many presumed outcomes are being borne out through counseling, unforeseen positive outcomes, ones that have organically unfolded over time, have sparked interest and are areas for further research.

As male clients completed the structured individual and couple sessions, there was an increasing need expressed for additional support. In response a male peer support group was established.

The support group is made up of men who have completed at least 80 percent of the program. The group was initially facilitated by a MOSAIC counselor but is now facilitated by the participants and supervised by the counselor.

Although the group began as an extension of the Male Counseling Toolkit, it has developed into a new social support system, with members playing an active role in each other’s lives, as well as acting as mentors to new members. The men are also deciding on a strategy to expand its reach through establishing home- and community-based peer support groups open to all men. An additional group has started for the female partners of the men in the program, and this has been a great platform for sharing of experiences and support. MOSAIC sees this initiative as a positive move toward broadening the network of care for men.

Clients who have completed the program have sought out opportunities to speak about the male counseling program and the effect that it has had on them as individuals, as partners, and as fathers. As one participant shared: “If you haven’t shared it then you haven’t completed it—because when something is positive and valuable, you want to share it!”

It is clear there must be a shift in the way issues of gender-based violence and gender inequality are addressed. Interventions must be inclusive so that the systemic roots of power and inequality can be reformed and reimagined. It is only through holistic and all-encompassing interventions that focus on engaging men and boys—alongside women and girls—that society will be able to halt the intergenerational cycle of violence.

Kerryn Rehse, a feminist working for a world where the way one is treated is not defined by gender, manages the MenCare+ program for MOSAIC Training, Service & Healing Centre for Women in South Africa (www.mosaic.org.za). She holds an undergraduate degree in Social Work and a master’s degree in social policy and management from the University of Cape Town. She can be reached at krehse@mosaic.org.za.