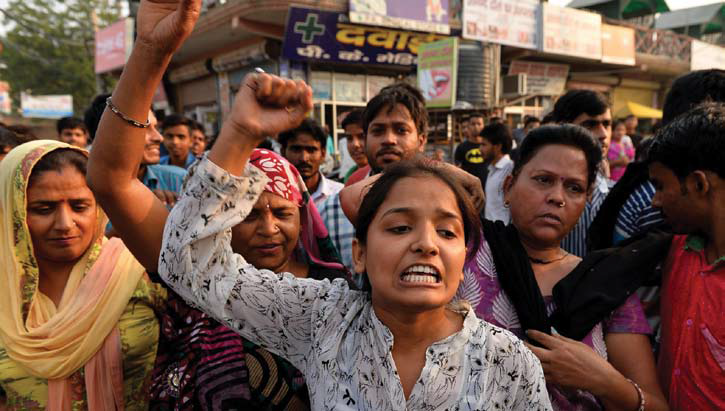 How is it that there is an exception in India’s rape laws that allows sex without consent—rape—if a wife is older than 15?

The Delhi High Court is currently examining this law and considering a legal challenge by NGOs opposing marital rape. Complainants include the RIT Foundation, the All India Progressive Women’s Association (AIPWA), as well as the Forum to Engage Men (FEM), a group of men fighting for gender equality, and against marital rape.

While many progressive voices fight to establish marital rape as an offense, the Indian government has taken an altogether more medieval position. The central government made its understanding of marital rape known in response to the challenges. In its affidavit to the High Court, the government stated that what “may appear to be marital rape [to the wife] may not appear so to others.”

A marital rape law “may destabilize the institution of marriage apart from being an easy tool for harassing the husbands,” the government said, adding, “As to what constitutes marital rape and what would constitute marital non-rape needs to be defined precisely before a view on its criminalization is taken.”

Understandably, the government’s stance has raised the hackles of various parties fighting for the recognition of marital rape as a criminal offense.

FEM’s application, filed by Abhijit Das, executive director of the Centre for Health and Social Justice, and cochair of the global MenEngage Alliance, reads in part, “We believe that in Indian society, a wife will only bring about such a complaint [of marital rape] against her husband when there is actual non-consent and she is desperate.”

In an interview with Catch, an English-language daily news website, Das explained that FEM’s “basic contention is that gender equality is a joint aspiration for men and women, and not a women’s issue alone. We’ve been working with men for 10 years now.”

Refuting the argument that the law would be widely misused, Das said, “Basically we’re saying that marriage as an institution is threatened because men are frightened their wives will cry ‘rape’ every time they want to have sex. So what are you treating women as?” Das added, “What we are going to affirm is that marriage [in India] is a relationship of equality between a man and a woman, and it is predicated on mutual respect. Yes, sex is an important part of marriage, but that important part, for pleasure or procreation, is a negotiated agreement between two people.”

Asked about men’s rights activists, like the Men’s Welfare Trust, who oppose their petition, Das says, “There are men who are threatened about their privileges. People ask us if we engage with them. We want to create a general understanding in people about gender equality, [and if ] somebody is against gender equality, what can we do?” he said.

“Studies show that up to 10 percent of women face sexual violence in their marriage. And 30 percent face domestic violence. That’s about 100 million women in India alone. Even if one woman faces violence, there needs to be a law to protect her.”

An Affront to All Women 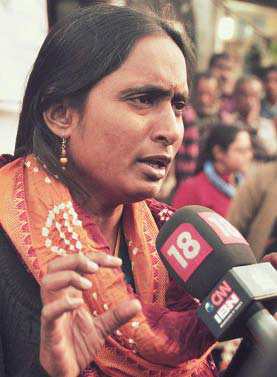 Kavita Krishnan of the All India Progressive Women’s Association

Kavita Krishnan, secretary of one of the petitioning organizations, the All India Progressive Women’s Association (AIPWA), said the government’s stand on marital rape “is an affront to all women.” She said the affidavit “suggests that, ‘what a wife may perceive as rape’ may not be perceived as such by others. Rape— whether within or without marriage is immaterial—it is a violation of a woman’s consent.”

The government sees rape “as a violation of consent,” she said, suggesting “that patriarchal social perception must decide whether or not rape is rape! So the notion that a wife is a husband’s sexual property and her consent is immaterial, is one that a government is actually backing! I’d like to remind [everyone] that the Justice Verma Committee (established after the infamous Delhi rape case in 2012) also recommended scrapping of the marital exception,” Krishnan added.

Interestingly, a day after the affidavit to the Delhi High Court was released to the media, Supreme Court lawyer and former Mizoram governor Swaraj Kaushal took to Twitter to announce that there’s no such thing as marital rape.

“There will be more husbands in the jail, than in the house,” wrote Swaraj Kaushal the senior lawyer, who is married to minister of external affairs Sushma Swaraj. Questioned about his remark on Twitter, Swaraj Kaushal added, “There is nothing like marital rape. Our homes should not become police stations.”

Advocate Karuna Nundy, who is leading the arguments for the petitioners demanding a marital rape law, couldn’t officially comment on the matter. However, her written submission to the court concludes with a strongly worded comment on how the state must act to protect victims of marital rape, and provide them the fundamental right to dignity.

“By refusing to recognize and criminalize rape within marriage the state continues to violate the dignity and liberty to millions of married rape victims, guaranteed to them as a basic fundamental right under the Constitution,” she wrote.

Her submission also says that the lack of a law “delegates married women to the status of legal objects and second class citizens by nullifying their right to withhold or to give consent to sexual intercourse with the husband.”

On the issue of women being seen as property, she wrote, “The history of gender equality has been a move against that, towards the full recognition of women’s independent personality. The marital rape provision is the last vestige of the paterfamilias idea.”

Durga M. Sengupta is an Indian journalist who keenly follows gender issues, culture, and intersectionality in the sub-continent. A version of this article—and the sidebar—first appeared in Catch News.

In response to the Delhi High Court’s review of a challenge to a law allowing marital rape as long as the wife is over 15, the Court agreed to hear a petition against amending the marital rape law filed by men’s rights activists (MRA) from the group Men’s Welfare Trust (MWT).

I contacted Amit Lakhani, MWT president, to ask why anyone would want to undermine a possible marital rape law. His prima facie argument is that consent to sex is a natural part of the agreement that is marriage. “When a man and a woman are getting married with their free will, whether in India or anywhere else in the world, they lose their right to have even consensual sex outside their marriage [because it would be adultery]. This means that there’s no room to withdraw consent in a marital alliance.” Or so Lakhani believes.

“A marriage is solemnized fully by choice and enthusiastic agreement between a man and a woman, with full knowledge of everyone [around them]. It’s not by accident or force. Even going by conjugal rights, wife and husband are making a conscious decision to keep sexual relations with the spouse.”

Asked if this means there’s no rape in marriage, Lakhani backtracked. “No, we’re not saying that there cannot be suffering, or there cannot be sexual abuse of either spouse in a matrimonial relationship. It can happen to a man, it can happen to a woman. Although, the petitioners are completely ignoring the fact that globally these laws are gender-neutral.” Lakhani’s statement suggests that there’s rape, but it should be recognized only if both men and women can be implicated.

Challenged, he said, “No, no. I am not saying that I’m asking for a gender-neutral law. I’m just telling you that the [pro-criminalization] petitioners are also twisting their own judgments that they’re relying on. You cannot pick one line of the judgment and ask the judge to completely amend the law.”

That’s right. The men’s rights activists’ argument against criminalizing marital rape is that there are enough and more laws that protect women, and therefore, removing the marital rape exemption only leaves married men more vulnerable. 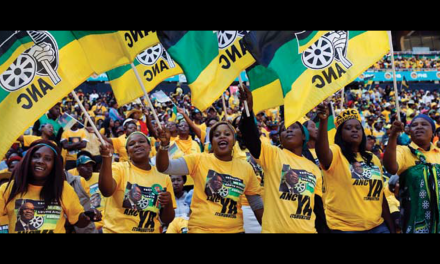