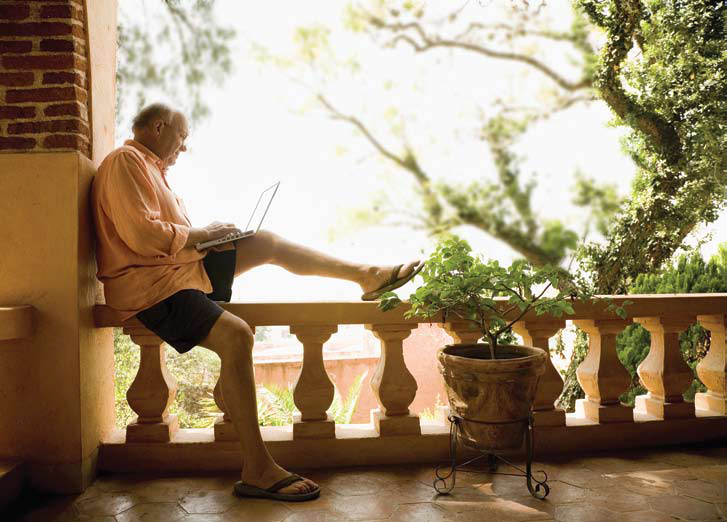 Since publication of my novel, The First Thing and the Last, a story of domestic violence told from a woman’s point of view, I’ve heard women readers express amazement that such a book could be written by a man.

After giving this some thought, it occurred to me to try an experiment: to change “man” to “human being,” as in, Isn’t it amazing that a human being could write such a book. Could empathize so deeply with a woman in imagining her life. Sounds a little funny, doesn’t it. Because empathy and imagination, after all, are part of what it is to be a human being. Nothing remarkable in that.

Which prompts the question, what is the difference between a human being and a man? Well, that would depend on what we mean by “man.” It is not simply a male who’s reached a certain age. Readers of the novel are not saying they find it remarkable that someone with a penis could write such a book. Because there is nothing about a penis that decides whether you can imagine the inner life of another human being, or about testosterone or testicles or the quantity of muscle and hair, or even the so-called “male brain.”* Writers who inhabit all kinds of bodies spend their lives telling stories about people they are not and will never be.

Except, apparently, when it’s a man writing from a woman’s point of view.

If “man” cannot be reduced to “male,” then what’s left are the requirements of manhood, which is not known for encouraging sensitivity and insight into the lives of others. Comedians build careers on the emotional cluelessness of men, their inattention to feelings and relationships, their not being “good at” intimacy, their inability to hear what women say or to divine what women “really” want. Even Freud, for all his insight into the mystery of the subconscious, was stumped when it came to that.**

It is the man and his manhood that readers cannot fit to their idea of a writer who could know and feel what it would take to tell such a story, of a woman who kills her husband after he kills their son and nearly beats her to death, who must find inside herself what is possible in the wake of such trauma and loss.

They wonder how manhood could prepare a writer for that. And they are right. To a point. Right up to where they assume that, being male, I must also be a man.

Unlike the maleness of a body, manhood is a standard that defines and measures the man, as a status to be deserved, achieved, and conferred. And because we cannot confer it on ourselves, we must look to other men to see if we qualify or not. And all it takes to be unmanned is for some men to decide that you’re a pussy or a girl or a queer or a fag or their bitch. And then, until you find some men willing to recognize your manhood, you are not a man. But there is more—because manhood, unlike the body, is only an idea, which means that, outside our imagination, it does not exist.

Only an idea, and yet, a powerful one, the foundation on which patriarchy and male privilege are built, its purpose to distinguish the man not from the boy, but from the woman. To make real the fiction that “men” are fundamentally different from and superior to “women,” that men are smarter and stronger and braver and more of anything else that matters, elevating them above the woman and her womanhood.***

Manhood is the roadmap for what a man is supposed to be and how he is to live, inside and out, and what holds it all together is an obsession with control by which men must never appear weak or vulnerable or otherwise not in command. A real man is one who knows, who decides, who makes things happen. He is expected to be tough and logical, dispassionate and detached, decisive and never wrong. He never quits or backs down or admits to doubt. And he does not display, or even feel, any emotion that might interfere with that impression. And if violence is needed as an ultimate instrument of control—whether to keep “his woman” from leaving him or get the football across the line or control another country—the capacity for violence becomes manhood’s ultimate test.

Every man knows what it’s like to have his manhood put at risk, how quickly it can happen, how impossible to see it coming, this occasion for shame and humiliation—all the ways to get it wrong, not have the answer, a show of doubt or fear or tenderness, a lack of toughness, a display of tears, being accountable to a woman.

Any situation, no matter how small, can become a test of manhood, with control or the lack of it always at the center, making a lens through which everything appears as an object of control. But an object is a thing, and a thing has no feelings, no inner life to imagine. An object does not invite empathy, or compassion.

It is here that the man and his manhood separate from the human being. Because the absence of empathy and compassion is the bedrock of an indifference that makes cruelty and violence possible, by contradicting the core of what it means, and what enables us to be, human beings. It is why appeals to our “humanity,” to be “humane,” are never made in terms of manning up. To be human calls upon the very qualities that manhood would discourage, if not deny, in any man worthy of the name.

My readers’ amazement assumes that this woman’s story was written by a man—as seen through the eyes of manhood—and not by a human being who happens to be male. It assumes I must have more in common with the man who batters than with the human being whose life he nearly destroys.

It is an understandable mistake in a culture that conditions us to see and measure one another and ourselves as women and men. A world in which the patriarchal fraud of gender has all but supplanted our humanity. A world in which we might be amazed to discover a human being where before we could only see manhood and the man.

*Trans-men provide an example of people who would become men while leaving their female bodies just as they are. As for the idea that males and females have different brains, etc., see, for example, Anne Fausto-Sterling, Myths of Gender: Biological Theories About Women and Men, and Cordelia Fine, Delusions of Gender: How Our Minds, Society, and Neurosexism Create Difference.

**“The great question,” Freud wrote, “that has never been answered, and which I have not yet been able to answer, despite my thirty years of research into the feminine soul, is ‘What does a woman want?’”

***It isn’t possible in a single article to explain what patriarchy is about and how it works, which the writer has addressed at length in his book, The Gender Knot: Unraveling Our Patriarchal Legacy (see Spring, 2015). The short answer is that patriarchy is a social system that is male-dominated, male-identified, male-centered, and organized around an obsession with control. More about social systems in general and systems of privilege in particular can be found in Johnson’s online essays, “Aren’t Systems Just People?” and “What Is a System of Privilege?” (www.agjohnson.us).

Voice Male contributing editor Allan Johnson’s latest book, Not from Here, is a memoir exploring not only the national silence around unresolved questions of race, accountability, and, identity politics, but the dilemma of how to take responsibility for a past we did not create (www.allangjohnson.us).