“Boys will be boys.” There are few phrases more ubiquitous in the cultural lexicon. It’s so common that most people don’t stop to think about what it actually means. What it excuses. What it enables. What it restricts. But as more and more men and boys start to openly discuss the pressures and expectations they feel about performing masculinity, the conversation has been shifting.

Enter filmmaker Dylan Rhys Howard, whose ambitious new documentary, Boys Will Be…Themselves, aims to change the existing narrative. Produced for Canadian television, the film takes viewers on a journey to a positive, more hopeful future where our understanding of masculinity is shifting and changing in the 21st century. Boys Will Be…Themselves focuses less on what we stand to lose in the face of change, and more on what we hope to gain by advancing a more inclusive and empathetic society. It’s a film that includes a wide-ranging array of masculine performances, from traditional to eccentric and everything in between.

Rhys Howard’s directing credits include Digging in the Dirt, a 2019 television documentary about mental health in the oil fields. Although the film isn’t expected to secure US distribution until next fall, he’s eager to talk about it now. Not long ago Voice Male caught up with the writer, producer, and director at his studio in Edmonton, Alberta, a six-hour drive north of the Montana border.

Voice Male: In recent years, there have been a number of documentaries exploring the subject of masculinity. Certainly Jennifer Siebel Newsom’s important 2015 film The Mask You Live In still stands out. Why did you want to address the subject?

Dylan Rhys Howard: It’s funny you say that because of three ideas I pitched to my producer at the Canadian Broadcasting Corporation, I thought this one was the most derivative. I mean, even just within my circle of friends and family, two people had been working on projects where people are seen discussing their relationship to masculinity. My sister-in- law Eva made a great half hour film last year for her high school video class that featured interviews with her classmates and teachers broadly reflecting on masculinity. And before that, my friend Laura—who created the terrific Super8 sequence that introduces Boys Will Be… Themselves—had filmed hours and hours of interviews with her male friends discussing their relationship to masculinity. (I was among them.) She just couldn’t figure out how to make it work as a larger piece.

Considering all that, I initially didn’t think it was particularly original to put my spin on the idea— “Hey, let’s film a bunch of folks reflecting on their relationship to masculinity.” Fortunately, what it evolved into—and what I think separates it from a film like The Mask You Live In—is that it’s very much focused on the future. How our understanding of masculinity is changing and what that might mean. And it was really important for me to try to make that conversation as palatable and enticing as possible. I hoped to make a film that was upbeat, fun, and inclusive.

I didn’t want to finger wag. I certainly didn’t want to explicitly say, “Gender as we’ve known it is over and if you’re not on board with that, you’re a dinosaur. Step aside, boomer.” I wanted to make a film that accentuated the positive, that essentially said: “Isn’t it wild that these pressures and expectations are shifting, changing—and don’t you think the world could be a better place if we let folks be themselves rather than constantly policing them, telling them there’s only one right way to be a man?” And then of course there’s always the fact that Canadian perspectives are generally lacking in the global discourse, so in my work that’s always a motivating factor. To make something distinctly Canadian. Don’t get me wrong; I’m hoping people in the US will still be interested!

VM: You feature prominently in the documentary yourself, including interviewing your dad and your sibling, who was assigned male at birth. Did you learn anything unexpected about yourself or your family while making Boys Will Be… Themselves?

DRH: If you had seen my original treatment for the documentary, I was initially planning on taking a much more big picture objective point of view. Let the experts and the subjects do the talking. I wanted to encompass as many different people’s experiences as I possibly could within the CBC’s limited runtime. (The film is 44 minutes.) But of course the reason I’m so interested in this subject in the first place is because of my own conflicted relationship with masculinity. The documentary I made before this, codirected with my friend Omar Mouallem, was about men’s mental health in the Alberta oil patch. When that film came out, Next Gen Men contacted us about hosting a screening. It was through them that it really started to click: that there are so many men out there who, like me, have never really known what “being a man” truly means. That we’ve all been wildly flailing about trying to find something to hold on to, especially knowing that while traditional ideas of masculinity don’t quite sit right with us, we didn’t necessarily know what else we had the potential to be.

Participating in that community, to the limited extent that I’m able to, has been life changing and, with respect to the film, I really feel that no filmmaker should point a camera at someone else unless they also are ready to be vulnerable in the same way. That’s why at some point during an interview I like to shoot a wide shot that exposes the lighting and the microphone. It’s a way of saying, “I’ve got nothing to hide here.” And in this doc, I took it one step further, using my own life, my own discontent with my gender performance as a kind of framing device to move the narrative along.

As the edits started progressing, I was pretty embarrassed to show early versions to my friend Veronika Ilich. She works at Next Gen Men and stepped in as head researcher for the film to help facilitate access to so many of the amazing people who agreed to appear on camera. I thought she’d be critical saying: “We filmed with some of the top people in Canada—people who think about gender studies day and night—and you decided to blow a vital ten minutes of runtime on just you and your dad?” To me, it’s that personal element that adds a deeper level of vulnerability and further invites the audience in. I kept telling her it was just what the film wanted to be…which sounds pretty woo, or whatever, but it really is something you can just feel in the edit suite.

VM: What’s next for you? Are you planning to further explore what we at Voice Male have long called the “transformation of masculinities”?

DRH: Veronika and I have been talking about expanding this project into a web series or something related. Besides how much additional material we have from the interviews that are in the film, we have probably 25 more that didn’t eve make it into the film. Boys Will Be…. Maybe a wealthy US benefactor will read this and fund us to create something new!

VM: Best of luck with that.

DRH: Until that happens, we’re on the hunt for funding. But given how much positive feedback we’ve been getting, it’s clear that the issues we raise in the film are important to a lot to people. To me, that means we’ll no doubt benefit greatly from increased visibility. From the looks of things, we’re just getting started.

As part of the film, director Dylan Rhys Howard (wearing cap), interviewed his younger brother Toby, and their father, Trevor. 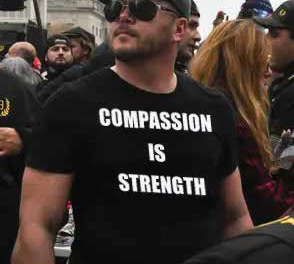 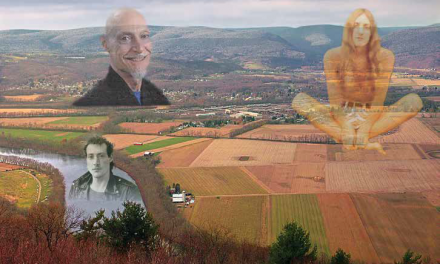 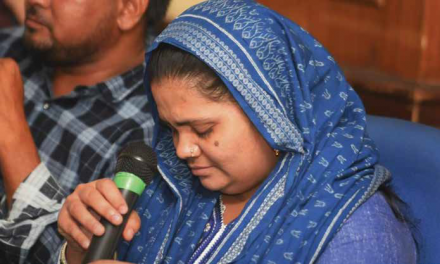