Nitesh Verma, 33, a tailor in a village in Rajasthan’s Bundi district, is married and has a daughter, seven, and a son, two. Every morning when he woke up, his wife would be waiting with a steaming cup of hot tea for him, before busying herself with other household chores. He never offered any assistance. One night he heard “Dulhan ki batein,” an audio story on his mobile phone that talked about gender issues in a way that got him thinking.

It was part of the Kishor Varta education program being implemented in 30 senior and higher secondary schools of Bundi and Udaipur districts, and an additional 15–20 village clusters through youth groups and clubs. The programs can also be accessed through interactive voice response system (IVRS) on mobile phones. After hearing the stories, Verma’s life changed.

He realized he should help his wife but was embarrassed to do so. After hearing the story about eight times, he plucked up his courage, got up early one morning and made tea for the whole family. His wife wa s surprised, but he merely said, “Hence – forth I will make the morning tea.” Later he got her to listen to the Kishor Varta stories on his mobile. She too liked them and loved receiving the morning tea from him.

There was a nagging worry about what the elders in the family would say.

“It took a while convincing other members of my family that I was only fulfilling my responsibilities,” he says. Now when he returns from work, he helps his wife collect water, chops vegetables and kneads the dough. In fact, every decision of the family is made with her input.

Nitesh is among the few thousand young men, adolescents, community leaders and older generation who, after listening and discussing the Kishor Varta stories in Hindi—prepared by the MenEngage Alliance of the Centre for Health and Social Justice, and implemented through a Rajasthan-based NGO Manjari for the state government—are bringing a change in thinking in a male-dominated, patriarchal society. Simultaneously, in an area where child marriages are still rampant, the stories tackle issues including the legal age of marriage and sexual and reproductive health issues.

Crafted for rural audiences, the four stories, “Lakhanpur ka Raju,” “Dada ka gussa,” “Haldi ki jaldi” and “Dulhan kei batein,” encourage youngsters to help in housework and support education and outdoor activities for girls; discuss male anatomy and wet dreams; the pitfalls of marrying young, and sharing responsibilities after marriage. With the help of teachers in schools and facilitators in youth groups, the stories serve as tools to spark group discussions.

The digital IVRS platform for the program was developed by a New York–based ICT company. Through a toll-free number, callers are able to engage with the 10 to 12-minute stories through a set of fictional characters and a plot that progresses from one level to the next. In November of last year, Kishor Varta won the Vodafone Foundation’s Mobile for Good (M4G) Award.

Knowledge about health and harmony in the home and childrearing has improved. Groups are encouraged to oppose sexual harassment and domestic violence targeting women. Girls’ mobility in villages has increased. Boys have intervened at home on behalf of their sisters who want to continue their education.

Unfortunately, a year ago the toll-free number was suspended because of rising costs. Now the stories are disseminated directly by facilitators in schools and villages. The program has reached more than 3,000 people offline through nearly three-dozen community meetings. Kishor Varta stories have also been copied onto the memory cards of students’ mobile phones or are played on the facilitators’ laptops.

Usha Rai is a senior journalist based in Delhi. A version of this article was first published in The Hindu Business Line. 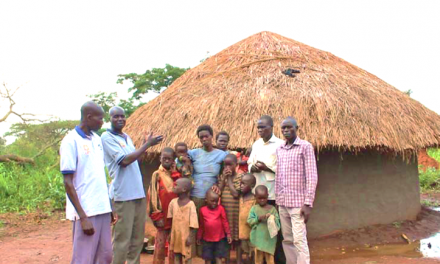