Leave No One Behind 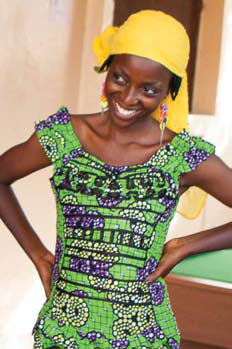 Nahimana, mother of two, spends time at a new youth center in Bujumbura, where services are offered to support vulnerable groups to get better education on HIV, sexual health and contraception. It is the first youth-led center of its kind in Burundi.

Sustainable development goals are a “Plan of Action for People, Planet and Prosperity,” says Chibuike Alagboso, that African nations are working toward over the next 15 years. The goals include strengthening efforts to advance universal peace, eradi-cating poverty, and ensuring no one is left behind. What does the goal of ensuring healthy lives for all at all ages mean in practice, and how can it be turned from a catchphrase into action? “That,” Alagboso writes, “still need[s] to be worked out….”

Around the world, organizations, individuals and governments have made commitments and started initiatives to make the goals of advancing universal peace, eradicating poverty, and leaving no one behind a reality. Link Up is a project supported by the Dutch government and implemented by the Inter-national HIV/AIDS Alliance which is improving the sexual and reproductive health and rights of thousands of young people in Bangladesh, Burundi, Ethiopia, Myanmar and Uganda.

The project reaches young women and men living with and affected by HIV aged 24 years and under, with a particular focus on those who get paid for sex, and lesbian, gay, bisexual and trans-gender (LGBT) people. They all experience difficulties accessing services due to high levels of stigma, discrimination, and in some cases, fear of arrest. The strong focus on stigmatized young people affected by HIV makes the project unique.

Sharing with a global audience

Last January’s International Conference on Family Planning in Bali, Indonesia, provided an opportunity to share work, learn from others, and restate commitments for progress in family planning research, programming and advocacy. It also provided young people from Link Up opportunities to share their work with an international community and learn about young people’s work in other parts of the world.

During the youth pre-conference, some of the Link Up imple-menting partners organized a side session, “Raising Our Voices: Recognizing the Diversity of Young People and a Rights-Based Approach.” It was attended by many young Indonesians.

Experiences from Link Up

Rawnak Rokonol, from Link Up Bangladesh, helped facilitate the session and shared experiences from implementing the work. He started volunteering while he was still an undergraduate studying marketing. He is a passionate advocate who enjoys working on Link Up projects, especially because people in his community continue to be affected by HIV as a result of high levels of illiteracy and lack of knowledge in the area of sexual and reproductive health and rights (SRHR). Rokonol believes “many of my country’s young people are not very educated. They lack basic information about sexual and reproductive health rights.”

He adopts the peer-to-peer approach to communicate about SRHR issues. This approach has proven very effective and helps mitigate some of the difficulties of his efforts. “I usually face a challenge speaking to transgender sex workers because they work at night and sleep almost through the day. But the peer educators we train are able to reach them easily to discuss issues around sexual and reproductive health and rights,” he said. “I just wish to see the life of one person changed. It means a lot to me… I believe that person will go ahead to positively affect the life of another.”

Ndayikeza from Réseau National des Jeunes vivants avec le VIH/ SIDA (RNJ+)—part of Link Up Burundi—shared her experience of advocating for more family planning choices for women in her community, including female condoms. She was inspired to set up the female condom project after seeing a man wearing a condom as a bracelet, which made her realize many people do not know what they are or how to use them.

The efforts of these young people highlight what it truly means to “leave no one behind,” as they involve individuals from highly vulnerable and stigmatized populations. As young people continue to advocate for inclusion in the making and implementation of policies that affect them, it is important to involve youth from key populations.

The International AIDS Conference in July in South Africa will involve stakeholders from civil society as well as governments. It will be a key moment to ensure governments are living up to the agreements they signed at the UN General Assembly in September 2015. According to the pact, the governments agreed to work toward the global sustainable development goals and called for doing more than making a statement: they pledged to take action to ensure that no one is left behind.

Chibuike Alagboso writes for the Key Correspondents Network (www.keycorrespondents.org), a network of citizen journalists around the world addressing HIV, health and human rights, and is country coordinator for the International Youth Alliance for Family Planning. A version of this article first appeared at AllAfrica.com (http://allafrica.com/stories/201604070675.html). 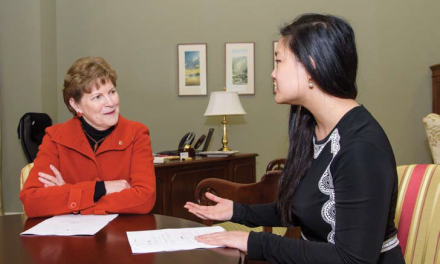