Since Donald Trump’s selection as president two years ago, a growing movement of citizens has been fighting back at what it sees as a dangerous march toward fascism US style. And, despite the election of some progressive candidates in the midterm elections, it would be a mistake to count on them alone to interrupt the erosion of an already tattered democracy in a largely corporate controlled society.

Still, the diverse community of activists, old and young—a veritable rainbow coalition—is already a force, both as potential allies to the newly elected progressives and as a check on them to follow through on their campaign promises.

Like many born after World War II and before the moon landing in 1969, my activism began in the 1960s, volunteering for Eugene McCarthy’s presidential campaign and as an anti-Vietnam war protestor. Ever since, I have been a part of a range of campaigns and causes, in recent years focusing on challenging men’s violence against women and working to transform masculinity. Today’s activists, from Black Lives Matter to 350.org, for example, count at their core women—many active well before the Women’s March—who have long been leading the way in a feminist wave revitalizing activism today.

In campaigning in the midterms, activists saw a simultaneous truth: in addition to the energy and enthusiasm many felt in working to help the Democrats take back the House of Representatives, they also recognized that electoral politics alone cannot fix a broken system. Those outraged by the white supremacist misogynist temporarily residing at 1600 Pennsylvania Avenue felt that working to flip the house was a struggle worth engaging in.

For my part, I spent the final week of Texas senatorial candidate Beto O’Rourke’s bid to unseat Ted Cruz, “block walking” the streets in a mix of neighborhoods across Dallas. Thousands were doing the same across the state, including those I walked with, from one of my daughters to a history professor from Kentucky, to a Mexican American X-ray technician. Our shared experience created a powerful bond which has only strengthened my conviction that activists double down to advance grassroots movements.

I talked—and listened—to voters, many of them exercising their franchise for the first time in years. I heard how marginalized they feel and how—for a moment, anyway—Beto’s candidacy interrupted their despair. Was it an illusion that the charismatic progressive 46-old Congress member from El Paso could transform conservative Christian Texas? Could he lift up the spirits of the disenfranchised, including Mexican-Americans and non-citizen Mexican and Central American residents, fearful of an administration relentlessly threatening them? He certainly tried. His message was inclusive; he recognized the diversity in the state’s 30 million citizens, and he spoke to voters’ better angels—standing up for families, for teachers, for communities of color, for gays, lesbians and transgender Texans. Beto became the embodiment of hope for progressives from coast to coast. If hope is a muscle, Beto showed Texas what it looked like when it was exercised.

Yes, Ted Cruz is still the state’s junior senator. But as a Texas native told me in a Dallas coffee shop the day after the election, that a Democrat came as close as Beto came to unseating Cruz is proof the state is changing. (And the results of many races statewide backed up his contention.)

On my last day of canvassing, I knocked on the door of a 75-year-old African American man with a trimmed white beard. He closely resembled the late actor and activist Ossie Davis. He appreciated my being there but told me he thought it was time for the younger generation to step up. “We’ve done our walking,” he said, noting my white hair and beard. “It’s their time now.” I nodded, but added, “It’s still our time, too. We can’t stop now.” As I headed down his front walk, he called to me. I turned to him standing in his doorway. “I’m not gonna say good luck,” he said. We’re gonna need more than luck.” 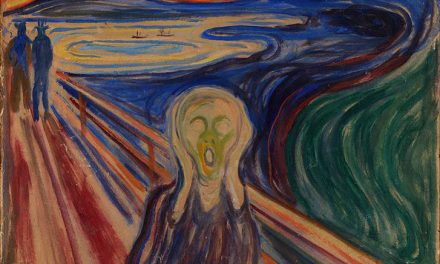