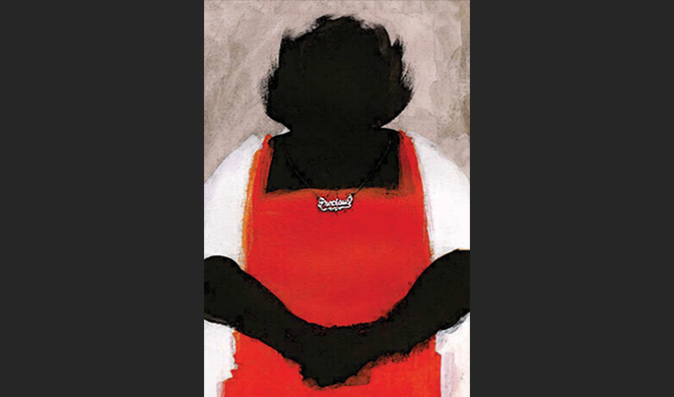 These are strange days indeed. We are firmly into the twenty-first century, and yet the 1980s are haunting us. For African Americans it is yet again a decade of dream and deferral.

Back in the eighties, for the young, black, and college educated, the doors of corporate America and other professions opened up and broadened the spectrum of the black middle class like never before. But also, back in the eighties, crack cocaine and the aftermath of deindustrialization crippled areas of concentrated blackness in major urban centers.

Now in the twenty-first century, a new black elite floods the popular imagination as Capitol Hill, the president, and his administration become more and more colorful. But also now, in the twenty-first century, the recession hits black communities hardest, and at the intersection of devastating rates of imprisonment, joblessness, and inadequate education lie a critical, hurting, mass of black Americans.

The film, released in the fall of 2009, elicited a flurry of responses. The debates over the film were complex, nuanced, impassioned. In fact, among the black intelligentsia there seemed to be more discussion about Precious than there was about President Obama’s education agenda, the stimulus package, or rising unemployment and imprisonment. That was troubling. But then again, it is easier to fire off a blog post or provide a commentary about a movie than it is to write a concise response to a complicated web of policy, law, and economics. However, I believe the film elicited so much engaged response precisely because it highlighted the challenge of this moment when it comes to race in America.

The film tells an individual story, a poignant one, about an abused young woman in Harlem in the 1980s. If we attend to the individual story, fictional though it may be, our hearts go out to Precious. We see in her story personal resilience, possibility, healing. Those are good things. The film also tells a collective story. The story it tells is about the devastation that the 1980s wrought on black communities, and the failure of the public school system to provide a path out for “the underclass.”

In both the collective story and the individual story, there is truth. There is a real Precious out there. The story is fictional, but it is human. The problem is that fictional stories, especially ones on film, don’t just stand as individual stories, but they do “representative work.” They become part of the way we make sense of the world in which we live. The story of one novelist or film maker’s imagination becomes the story of entire groups of people or “types” of people. This is especially true when the kind of social location depicted in the story is remote from the experience of the majority of the viewers.

On the one hand, many of us who are familiar with the way the story of Black America in the eighties was told, and the way the story of the rise of imprisonment in contemporary black America is being told, are frustrated with the spectacle of black violence, deviance, and dysfunction that appears over and over again. We are tired of this story of pathology that we see yet again in Precious. Instead we want a story that reveals the laws and policies and economic conditions that produce concentrated poverty and its violence. We also yearn for the stories of those who sustain humanity and decency in the face of devastating poverty and marginalization. We would prefer for those stories to be told because they are, after all, far more representative of black life than the wreck that is Precious’s life.

And so we balk at a film like Precious, rhetorically asking: Doesn’t it just recycle those old images of black pathology? And isn’t it reviving those stories just when we are beginning to suffer so much again, just when we don’t need a convenient explanation of “they are pathological” to facilitate the nation turning its back on the responsibility to provide conditions for all citizens to lead productive lives as participants in the democracy and economy?

On the other hand, some of us want to embrace a film like Precious because it highlights a kind of suffering that our society fails to respond to. Children who are poor and of color are inadequately protected in our society. They are more vulnerable to predators, more likely to be victimized on the street and in school, and less likely to have families that are able to marshal resources to deal with trauma, mental illness, and addiction. At the same time, poor, emotionally scarred parents who become abusers have virtually no resources to repair themselves. So when we see a movie like Precious, we applaud it for encouraging sympathy and investment in young women like Precious. We think, “Yes, the reality of her life deserves to be depicted, maybe it will inspire action.” The film does both kinds of work on the audience at once. Strange indeed.

When it comes to race, the challenge of this moment is for critically thinking members of this society to consider the implications of symbolism (like the black president, or the Oscar-worthy performance by Mo’nique of a dysfunctional, sexual abusing welfare mother) at the same time as we consider the messy, complicated, content of our society, without assuming that these things have a clear or consistent relationship to one another.

Precious demands we bring more to the table than just an analysis of it as a piece of art. If the film stands alone, it gets deployed and interpreted every which way. But if we use the film to open the door to conversations about society, ones that are filled with knowledge, data, and careful analysis, rather than mere anecdote and fiction, then it can do some useful work in our social and political lives. Perhaps it can inspire solutions to problems of representation and policy challenges.

Imani Perry is a professor in the Center for African American Studies at Princeton University. She is the author of Prophets of the Hood: Politics and Poetics in Hip Hop (Duke University Press, 2004) and the forthcoming More Terrible and More Beautiful: The Embrace and Transcendence of Racial Inequality in the U.S. (New York University Press, 2010) www.imaniperry.com. A version of this article first appeared on Afronetizen, which provides substantive news and information on and of relevance to people of African descent. www.afronetizen.com.