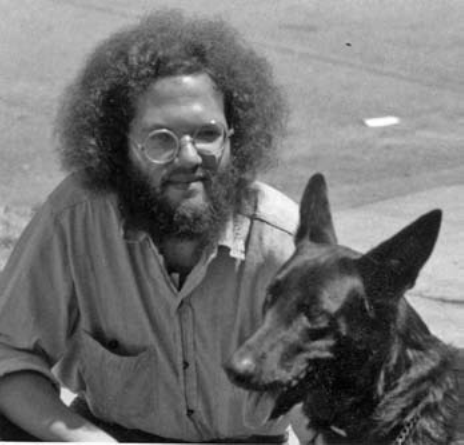 He’s gone. He’s gone. I kept repeating those unreal words on the half-hour drive home that rainy Thursday night. Since I’d been at a meeting, my wife was alone when she answered the door for the police officer who’d come looking for me. He had bad news: my older brother Stuart had suffered a heart attack and was dead. It was March 26, just a few days after we’d returned from New Orleans where we’d gone to meet our recently born second grandson.

Less than 24 hours later I was in the Tampa airport meeting my 27-year-old son Jonah who had flown down from New York to support me on what I came to call “a brothers’ journey.” I was walking the familiar but strangely new path of the mourner.

The sun was shining brightly Saturday morning when Jonah and I arrived in Stuart’s neighborhood. It hardly seemed like a place of death, this lush landscaped community on Florida’s west coast. Even though he’d died at home, when we stepped inside his cottage apartment, I could have easily convinced myself that Stuart was simply away for the weekend. “Sure,” he might have said, “you and Jonah can stay at my place.”

We took it all in—the flat screen television; the books on the coffee table; dishes in the sink.Atop a pile of mail, a copy of the AARP magazine with Bob Dylan on the cover. In the living room, a long bookshelf filled with two-dozen books about Dylan. On one side of the room, a shrine-like exhibit of photographs of our ancestors. On the counter, Stuart’s beloved baking supplies; nearby well-used cookbooks. On the refrigerator hung a black and while photo of Brooklyn Dodgers centerfielder Duke Snider. Yes; this was definitely Stuart’s crib. Like a sudden storm, I started to cry. Hot tears washed over me and I cried out, “Goddamn it! Goddamn it! You left again!”

Jonah was nearby, lighting incense. After gently blowing on the stick to ensure it caught, he looked up at me tenderly. “You okay, Dad?” His voice was soothing. “Yeah,” I said, a catch in my throat. “It just hit me. My whole fuckin’ childhood Stuart was always leaving and I was always getting left. Now, he’s done it again.” Jonah held me more than once those next few days and I—we—discovered that Stuart had organized this father and son road trip, traveling the inner highway of our relationship, seeing how Jonah and I would do together meeting death. I had never loved my son more than during those days at Stuart’s.

My brother was three years and 17 days older than me. That meant that every year—for two and a half weeks—he was four years older. How he lorded that over me. Had he made it to June 10th, Stuart would have turned 68.

As kids, we played a lot of wiffle ball games in the backyard of our parents’ stucco house. If David and Stevie Nissenbaum were around, we’d have both pitcher and fielder; usually, though, it was just the two of us. That was hard for me because when Stuart was done playing—it didn’t matter which of us was at bat, what the score was, even if it was in the middle of a play—he’d leave. “I’m done; I’m going in,” he’d say and walk toward the house. Mouth open, eyes filling with tears, acutely aware of my powerlessness—I was 7 or 8; Stuart 10, 11—I’d sputter, “You can’t quit!” He’d look at me like I was mad and keep on walking.

Despite everything, I looked up to my big brother. He turned me on to Lenny Bruce, Jack Kerouac, and Allen Ginsberg; to Lightnin’ Hopkins; Sonny Terry and Brownie McGhee. He introduced me to the harmonica and taught me my first licks. More than 50 years later, I still play. As we got older, I started to see him differently. Yes, he could be funny; but he could be cruel too, especially if I was vulnerable. And he could be kind, letting me hang out with his friends listening to Muddy Waters on his record player. I hungered for the connection. Too often, though, Stuart would be sullen, withdrawn.

He graduated high school in 1965, that momentous year of cultural and social revolutions. He bounced around a couple of colleges before heading west to Berkeley. We didn’t hang out too much during his California years when I lived in Maine and Vermont. We continued to drift apart. We could talk easily about sixties music, but politics was tricky since he now identified as a libertarian. Our most satisfying conversations were about Dylan or the Red Sox. When he turned 30, with no partner and no direction home, I didn’t consider how unfulfilled he might be, how he was spinning his wheels, his life stuck in second gear.

I’m not sure why this insightful, well-read man, a World War II historian who’d taught himself to speak Yiddish, a photographer who’d made powerful black and white pictures of urban homeless people, couldn’t assemble in the right proportions the ingredients necessary to make his own life rise. I was as disengaged from his life then as I was alone when he left me on the wiffle ball field.

It wasn’t until our mother was approaching 80 and in poor health that I witnessed Stuart opening his wounded heart. Mom had lost a leg to diabetes and was in an assisted living facility in western Massachusetts where you were allowed one personal care attendant (PCA) to help you with daily activities. If you needed two you’d have to move into the nursing home. That was Mom’s impending reality. Stuart had a different idea. “What if I move in and serve as the second PCA?” he suggested. It was against the rules of course but the facility liked Mom—and were moved by Stuart’s devotion to her—so they ignored their own policy. So there he was, assisting Mom as she got on and off the toilet, helping her dress. They laughed a lot about how they’d traded places as caregiver and care receiver.

Stuart’s best years came after Mom died and he moved to Florida. In those 12 years he earned a living as a chef doing food demos, and became an accomplished baker who gifted nearly everyone in his life—from his neighbors to his bank tellers—with Key Lime pies, or cookies, muffins, and cakes. I think it was Stuart’s way to keep uncovered the big heart that opened while caring for Mom. The same heart that would rupture in the middle of the night.

My brother lived simply in a “clean, well lighted place,” to quote Hemingway—another writer Stuart introduced me to. He continued to send me links about Dylan, Woody Guthrie, the Red Sox. He sent his nieces and nephew presents. And, in what proved to be his final months, he’d begun unguardedly talking to me about his health—which he’d neglected for a long time. The last time we spoke, not long before he died, he said he was tired. I don’t think he sensed then that death was nearby. It doesn’t matter. He’d left again. Now it’s up to me to find out where he went.

Rob Okun can be reached at rob@voicemalemagazine.org.