Alan Berkowitz is spot on in suggesting the next right step in the profeminist men’s movement (“What’s the Best Way for Men to Be Profeminist? For Starters, Be Vulnerable and Humble”, Spring 2019). I think many in the first generation profeminist men’s moment operated with predominantly a male paradigm—recruiting and mobilizing conscientious male “soldiers” to fight against gender violence (even as they acknowledged women’s vision and leadership). Nevertheless, many in the army of men were hierarchical and seemed not to express the vulnerability and humility Berkowitz suggests is necessary to be a balanced profeminist. The male paradigm many employed h a d men s t and ing shoulder to shoulder to seek out the enemy—the bad guys—rather than taking time to “circle up” and do the hard inner work of healing ourselves. The humility and vulnerability of men processing their feelings may not have been explicitly disrespected, but in many arenas it certainly was marginalized because “real soldiers” man up and just get the gender justice job done. Berkowitz’s article is long overdue and I look forward to contributing to its message as I strongly believe that the healing of men and society isn’t a zero sum game of either being soldiers tackling gender justice together or isolating ourselves in the woods doing drum circles and intimate self disclosure. It is a combination where we are both healing ourselves and working to heal the suffering men have caused in the world.

I was looking around the Internet for articles on patriarchy and the mother wound in men, and came across your magazine. I found the quality of some of the articles very high, especially the one on how men can be truly and helpfully profeminist (“What’s the Best Way for Men to Be Profeminist? For Starters, Be Vulnerable and Humble”, Spring 2019), and one on the mother wound (“Mother Wound as Missing Link in Understanding Misogyny,” Spring 2018). By the way, I generally am very reluctant to subscribe to magazines. Astronomy and Scientific American are about as far as I go. As I teach meditation professionally, might you be interested in using meditation to dismantle the patriarchy from the ground up?

Thank you for providing the space where men can share their important stories. An article that particularly resonated with me is “To Heal My Wounds, I Work with Men and Boys,” by Diederik Prakke (Spring 2019). Reading his story made me think about two very important men in my life: my dad and my brother. My dad grew up with the ideals that men and boys don’t cry, which passed down to my brother. Although he has experienced a lot of loss and trauma, I have never seen my dad shed a tear, or show any signs of vulnerability for that matter. It’s alarming and heartbreaking because I can only imagine how internalizing these feelings has affected him…and my brother. It makes me fearful also, because my brother has two little boys, and although I teach them what I’ve learned regarding masculinity, I’m afraid they’ll strive to be like the male figures in their life. On a different note, I think it’s super important that Prakke discussed his wounds and practicing self-awareness. I think that selfawareness is important to making change. 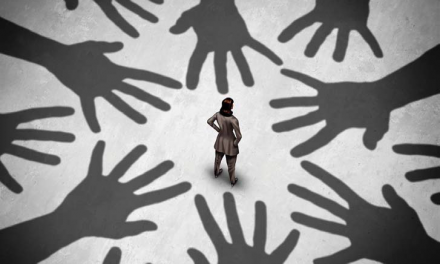 Accountability and Responsibility in the #MeToo Era