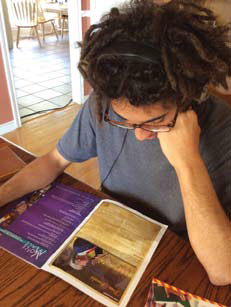 In my sometimes frustrating attempt to get many people to read Voice Male, there is nothing to match getting a gem like the note below to give one heart. My godson, Michael, just graduated high school and while there had been the head of the Democratic Club—fairly significant given that he lives in Tyler, Texas. He wrote: “I would like to thank you for investing in me. When I first started receiving Voice Male I was around 13–14 and I took it for just a nice magazine that my godmother in New York was sending me. I now realize the purpose behind those monthly gifts and I could not be more thankful for them.”
Hope this makes your day as it has mine.

I visit the Voice Male site and read the magazine and really value the work you are doing. Our organization, Mittika (‘Mitti Ka’ or ‘Of Earth’) is hands on about enriching lifespaces (http://www.mittika.co.in/). While much of our work focuses on gender equality and youth participation, we prioritize the interconnections between different issues in society and push boundaries and definitions. In collaboration with different institutions, organizations, communities, we co-create strategic action that brings lasting, positive change in lives of people and societies. Among our projects is ABC (Ab, Baaki Charcha), a dialogue on building equal participation for gender justice. Ab, Baaki Charcha translates as “Now, the Remaining Discussions.” Mittika, working with the Centre for Health and Social Justice, and the MenEngage in India, focused on a mobilization drive to engage diverse stakeholders in dialogue about gender. Towards continuing and sustaining the discussions, we have developed a manual and a film that others can use. These are available here: http://bit.ly/1QGN7Sm and http://bit.ly/1sPcTA1. We are also in the process of launching DOR (Dialogue, Organise, Reclaim!), a program to address gender-based violence with diverse citizens’ groups in India, and will keep you posted on how it shapes up.

Judge a Magazine by its Cover?

I was turned off by the cover of your last issue. I didn’t view it as a profeminist magazine for men; I thought it was a political magazine—an immediate turn off. I suggest you avoid having the cover feature items that may turn individuals away before they give it a shot. Your overall message is good, but in order to expand readership the magazine needs to be inviting, especially for those who may be making a decision just on the cover alone. 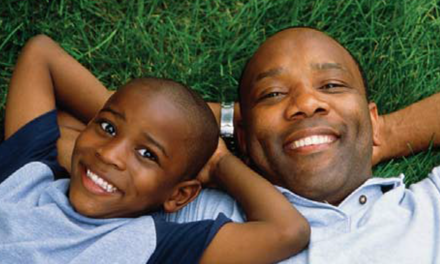 A Response to Concerns