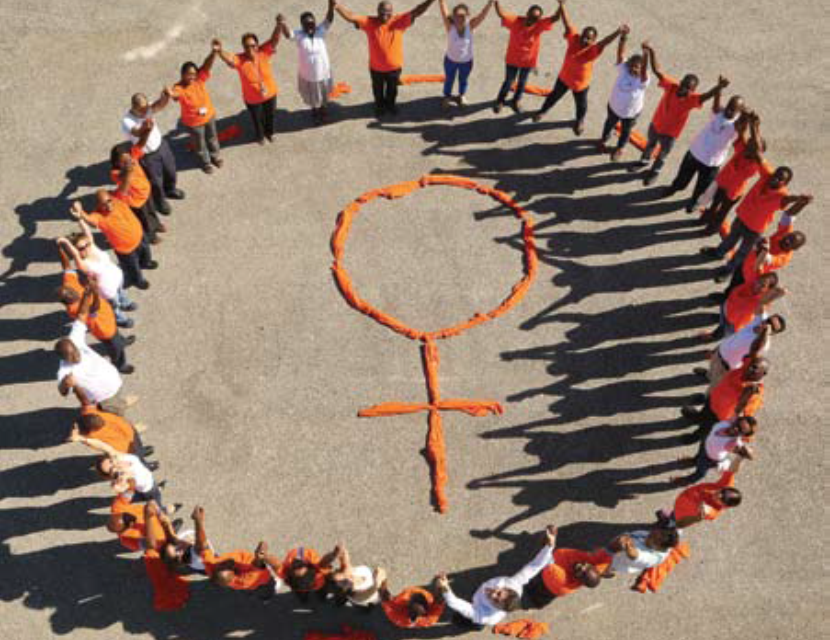 It is high time to take stock of efforts to involve men in preventing violence against women. In particular, it is time to critically examine a series of assumptions about men’s work in this area that are influential but either are unsupported by evidence or are dangerous.

I have long argued that men have a positive and vital role to play in ending men’s violence against women. But advocacy must be accompanied by critical assessment. I examine three dimensions to involving men in preventing violence against women: relations with feminism (practical and conceptual); understandings of men, gender, and violence; and approaches to engaging men.

From the beginning of violence prevention work with men, feminists have expressed concern about its practice and politics. To what extent have these concerns been realized?

While there are few examples where violence prevention-work with men has directly taken funding away from work with women, there have been other tensions between efforts to engage men and boys and other feminist efforts focused on women and girls themselves.

Some have expressed concern that men might “take over” violence prevention campaigns. Frankly, I’m more concerned that they won’t take up such efforts. Few men support such work, which is primarily done by women. Still, some men in the movement do dominate interactions, claim unearned expertise, or act in other patriarchal ways. Male advocates may receive greater status, power, and recognition than women doing similar work, and they may rise more quickly into leadership positions. Such scenarios echo the “glass escalator” effect documented among men in other feminized professions.

Around the globe, work with men is often done by women’s and violencefocused organizations, although malespecific organizations are increasing, particularly in North America. And collaborations may not necessarily mean effective partnerships, or that there isn’t competition for resources or a diluting of feminist efforts.
The growing emphasis on the need to involve men in stopping violence against women is a feminist achievement. But it has weakened the legitimacy of women-only and women-focused programs and services. It may have fueled a mistaken belief that all interventions should include men.

There are some weaknesses in the typical understandings in this field; three are worth highlighting. First, violence prevention efforts often have focused on changing men’s attitudes. Focusing on attitudes alone neglects the structural and institutional inequalities that are fundamental in shaping men’s violence against women. Changing attitudes does not necessarily change behavior, and the relationship between attitudes and behavior is both complex and two-way.
The second issue is how men are seen and treated. Feminist scholarship takes an intersectional approach, recognizing that gender intersects with other forms of social difference and inequality.

Despite this fact, there has been little comparative assessment of the value of approaches tailored to specific populations, although there is evidence that culturally relevant interventions are more effective than “cultureblind” or generic ones.
Intersecting forms of social disadvantage also make it hard to engage men in violence prevention.
Disadvantaged men may not have much power and privilege to critically evaluate (and limited capacity to become) agents of social change. In addition,
much violence prevention work often neglects gay and queer men and transgender people.
Third, there are some other problematic framings in the field. One is a pervasive distinction between “masculinity” and “men,” allowing a critique of sexism and violence as a problem of “traditional masculinity.”
This approach can diminish attention to men’s violent behaviors. Some men make distinctions between “us” and “them,” between “well-meaning men” or “men of conscience” and those “other” men who assault women. This framework focuses only on obvious forms of violence and not on other coercive forms or violence-supportive attitudes and relations. It can neglect men’s privileges and entitlements in a patriarchal society.

The third dimension of the field is its approach to engaging men. There are some “mantras,” assumptions that are part of an emerging consensus in men’s violence prevention work, but they are based on shaky evidence, have potentially dangerous effects or, at the very least, should be articulated more carefully.

The first assumption is that our efforts work. Most intervention strategies are not evaluated, and existing evaluations often are methodologically or conceptually poor.
Three systematic reviews of published studies among men and boys show that interventions, if well designed, can produce change in the attitudes and behaviors associated with men’s violence against women. But they also show that the body of evidence is weak. For example, in a review of 65 studies, only seven had a strong or moderate research design that demonstrated an impact on perpetrating non-sexual violence, and only one of the well-designed studies demonstrated an impact on sexually violent behavior.

The second assumption is that men will benefit from progress toward nonviolence and gender equality. This is a common element in appeals to men in violence prevention, one I have often made myself.

Yet a single-minded emphasis on the benefits of nonviolence and gender equality for males is dangerous. In the first instance, men who use violence against their partners or other women benefit directly from their behavior.

More widely, men in general benefit from some men’s violence against women. In limiting women’s autonomy and safety and their access to economic and political power, such violence has the social consequence of reproducing men’s authority over women.

Seen from this perspective, there are ways in which men will lose (status, privilege, and power) if progress is achieved in moving more men toward nonviolence and gender equality. Efforts to involve men must acknowledge the costs to them of undermining patriarchal privileges, the underpinning of men’s violence against women. They should also acknowledge the potential costs of becoming involved in violence prevention itself, given that the men and boys who participate may be ridiculed or harassed for not conforming to masculine norms. At the same time, it would be a mistake to appeal to men purely on altruistic grounds. We should appeal to men’s reconstructed or antipatriarchal interests—the stake that some men already feel in championing freer, safer, more egalitarian lives for women and girls.
A third common assumption is that the best people to engage and work with men are other men. There are two parts to this idea: the sex composition of the group, and the sex of the educator. The actual evidence regarding the merits of single-sex versus mixed-sex groups is, well, mixed. The most effective sex composition of groups may depend on factors including the focus and goals of the teaching sessions and the nature of the teaching methods used.

Yes, employing male educators has particular pedagogical and political advantages.
But again, there is little robust research evidence in the violence prevention field demonstrating the effectiveness of matching educators and participants by sex. And various studies have found that many men initially became sensitized to the issue of violence against women by directly listening to women and women’s experience.
Another common practice is the use of “real” men to engage men. In marketing campaigns, for example, there is often a reliance on male sports heroes and popular male entertainers and celebrities. Such men are seen as “bell cows,” able to lead other males into this work because of their conformity to gender norms. Exclusively relying on men who conform to (many) gender codes, though, may also limit social change. Men’s violence against women is sustained in part by rigid gender binaries and the policing of manhood. Violence prevention efforts among boys and men also should affirm and promote men who do not fit dominant codes of masculinity—“girly” men, gay men, “sissy” men, and transgender men. They should break down narrow constructions of manhood and powerful gender binaries. They should “turn up the volume’’ on the actual gender and sexual diversity in men’s lives.

A fourth common mantra is that the goal is to encourage new, positive masculinities among men. Some campaigns explicitly appeal to “real” men—think of the campaigns that proclaim, “Real men don’t use violence.” Other efforts appeal to stereotypically masculine qualities like strength or courage while simultaneously seeking to redefine them. There is an obvious logic here, an effort to undermine the socially-produced association between violence and masculinity.
At the same time, campaigns also should actively encourage males to divest from their gendered identities and boundaries.

Violence prevention work among boys and men should seek to challenge not only the dominant cultural meanings ascribed to manhood, but also the gender binaries and hierarchical policing of gender that complement them.

The fifth and final assumption to examine is the one that suggests that the best way to change men is to work with men. In some circumstances, however, changing men may be best achieved by engaging and empowering women and by focusing on transforming inequitable gender relations.

Changing men also can be achieved by working with women, and by shifting the wider conditions within which men make choices about violence and non-violence.
By shifting women’s expectations of their partners and intimate relations, interventions may increase the pressures on and incentives for heterosexual men to adopt nonviolent practices and identities. Interventions can harness men’s motivations to be accepted and liked by women, in part by encouraging women’s unwillingness to associate with sexist and aggressive men.

Other strategies to “force” men to change include violence prevention work that emphasizes changing the structural and institutional conditions in which men make choices about how to behave. Strategies include: empowering women, decreasing their economic dependence on men, shifting workplace and sports cultures, and changing laws and policies.

“Engaging men” has become a catchphrase, almost a routine element in efforts around the globe to reduce and prevent men’s violence against women. This is a significant feminist achievement; feminist because it embodies the fundamental recognition that violence against women is a problem that men are overwhelmingly responsible for and that men must join with women to address.

As the field grows, however, it risks uncritically adopting some heretofore taken-forgranted truths that are inaccurate, dangerous, or simplistic. A critical assessment of the field’s working assumptions is vital if we are to make real progress in reducing and preventing men’s violence against women.

Dr. Michael Flood is an internationally recognized researcher on men, masculinities, and violence prevention, and an activist and educator, based at the University of Wollongong in Australia. His writings and speeches are available at www.xyonline.net/category/authors/michael-flood. 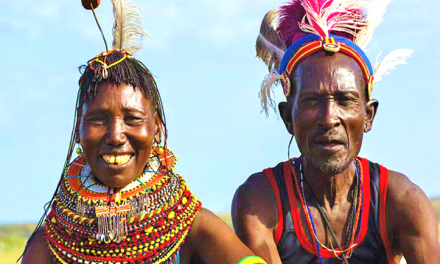