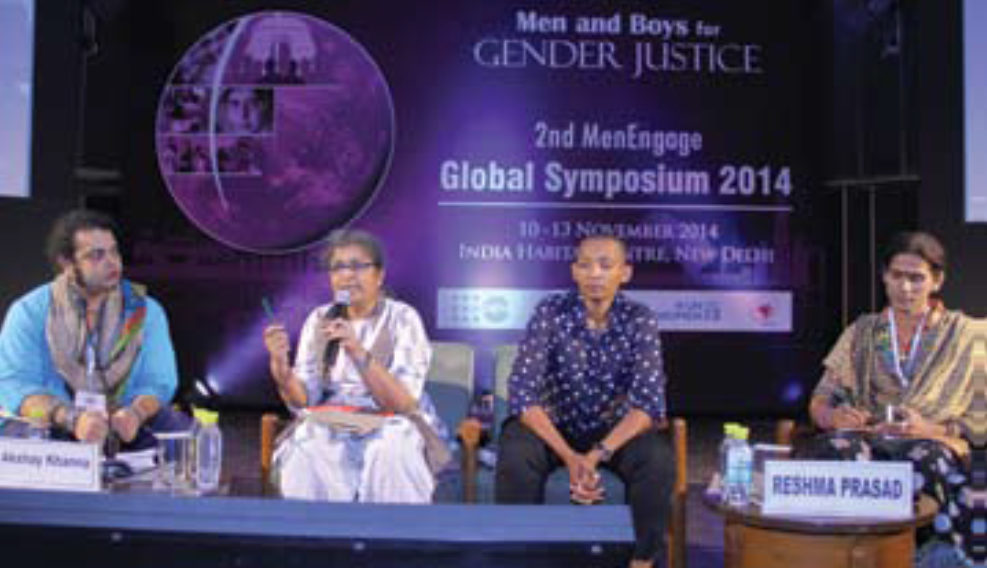 At the second MenEngage Global Symposium (November 10–13, 2014), some 1200 activists, researchers, practitioners, and other professionals converged in New Delhi, India. The “Men and Boys for Gender Justice” delegates, represented by individuals from a mix of NGOs from 94 countries, met for four days at the Indian Habitat Centre, where plenaries, presentations, and breakout sessions allowed for a rich exchange of ideas. Equally rich were the informal lunchtime and tea break gatherings the women, men and transgender delegates held in the center’s spacious, sunny courtyard. Attendees held a shared awareness of living in a world of profound inequalities and unbalanced power relations, where rigid norms and values about how people should behave fuel and exacerbate injustices. As a consequence, the symposium reflected the full complexity and diversity of gender justice issues. It challenged delegates to reflect, think strategically, reach out across socially constructed boundaries, and strengthen partnerships, and acknowledge that there are gaps. As an outcome of this historic event, and as a shared commitment, the following Declaration and Call to Action expressed both the delegates concerns and their affirmations.

The Declaration and Call to Action was translated into multiple languages; versions in Hindi, Spanish and Portuguese can be found at http://www.menengagedilli2014.net/delhi-declaration-and-call-to-action.html.